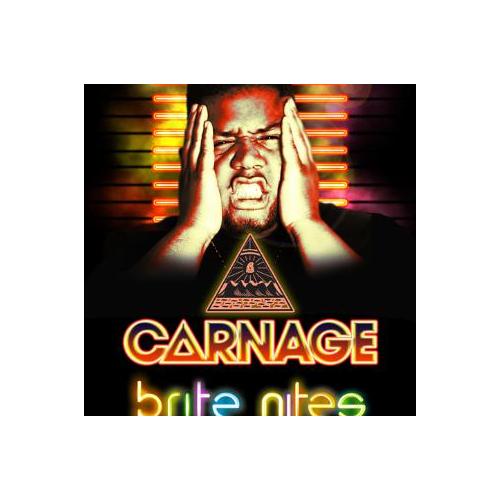 Almost a week before Carnage was set to takeover Webster Hall it was announced that his show had sold out which meant two things, one that Carnage has proven that his ‘Chipotle Gang’ is growing larger everyday, and two, that it would be a wild show you wouldn’t want to miss. Carnage has recently said that he doesn’t want to be known for one genre and that he is a DJ that loves trance, which maybe be the reason for his new motto on twitter #ASOC which stands for ‘A State Of Carnage’, knowing that you don’t know what kind of set to expect from a Carnage show.

Immediately when you turned onto 11th street on Saturday night you saw a sea of people outside of Webster Hall, lines going down the block on both sides of Webster’s doors right then you knew you were in for a night to remember. The line was absolutely crazy people were chanting chipotle! chiptle! there was no problem telling how excited everyone was to see Carnage, once you got in you could see the crowd was large and that they were ready for Carnage. It was 12:30 and the crowd was growing by the minute, luckily the excited crowd had ‘Jess Marquis’ putting on an awesome set to get the people ready for what Carnage was about to bring to NYC.

It was nearing the time everyone had been waiting for, the crowd began jumping in anticipation for Carnage and then there was the man everyone came to see Carnage he came out and put down an awesome intro and then immediately started throwing down in Carnage style, mixing some festival trap to get the crowd really jumping. Carnage had said a few days before the show that he was bringing an extra 100,000 watts of bass and he sure did, Carnage then began playing some amazing big room house which the extra bass just made that more beautiful at that point the crowd sure was going wild. Carnage sure is a lovable guy no surprise that his fellow DJs are so friendly and loving of him, he had announced on twitter a few hours before the show that he would be bringing a special guest with him to Webster Hall but nobody knew who it would be. About 45 minutes to an hour into his set Carnage dropped one of Tiesto’s new tracks and then said he’d like to bring out his guest to everyone’s surprise it was Tiesto himself, the two friends then began playing a set together, Tiesto played about a 20 minute set with Carnage and the two sure had as much fun as the crowd was having.

Carnage sure had plenty of energy after his short set with Tiesto he was feeding off the crowd and playing some amazing new music, one track particularly got the crowd going wild and that was his remix of Kaskade’s ‘Atmosphere’ this had the crowd very excited just one week after Kaskade took over the Barclay’s Center. Just when you thought Carnage had no more surprises he brought out another one of his DJ friends no other then ‘Araabmuzik’ who immediately took over the decks and started mixing some crazy sounds that had the extra 100,00 watts of bass thumping. Carnage and Araabmuzik played side to side for about 20 minutes at which point Carnage took back over and had the crowd going crazy until after 4am, all in all it’s safe to say Carnage and everyone who attended sure won’t forget that night for a long time.

Check out these two progressive tracks by the Killers & Rockers, a trio that consists of Tim Berg (Avicii), Austin Leeds, and Nick Terranova…