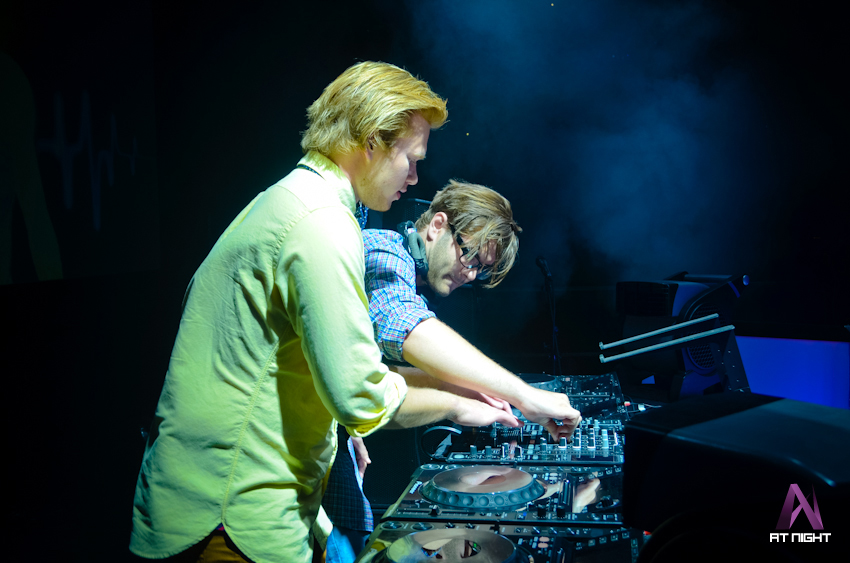 Thursday night, Alexander BjÃ¶rklund of CAZZETTE took center stage for his first NYC gig at Cielo. His mixture of progressive and electro house bangers had the roof completely blown off the club. Thanks to Dance.Here.Now and Cielo NYC, I had the privilege to rock out with CAZZETTE in the flesh. It was an incredible experience, nothing but Electro-house swagger in the booth of Cielo from 1-3 am. Click ‘Read More’ below for the review including an IN-DEPTH INTERVIEW and videos

EO: First off, what are your names and where exactly did CAZZETTE come from?

CAZZETTE: Sebastian Furrer and Alexander BjÃ¶rklund. Well, our manager Ash created us about two months ago and we decided on the name together and we all love it.. We had ideas for names before but Ash has a full plan for the name. Exciting things to come. The name itself actually has a relation to our productions and sound.The way that cassette tapes were the standard and origin of the concept ‘mix tapes’ with personalized sounds all crammed into one tape to always keep it fresh and current – the same way we think about our music productions and sound development.

EO: I understand that you’re first official launch was on June 9th, 2011. How does it feel to have your Avicii, ‘Sweet Dreams’ (AT NIGHT Mix) charting the Beatport Top 20? That is a pretty huge accomplishment for a first track.

CAZZETTE: When we made that remix, we never expected it to even make Top 100! That was really a surprise for both of us but we guess our manager really knows what he’s doing.

EO: Ash Pournouri, Avicii’s prestigious manager is also your own. How is working with Ash? How did you become a prospect of At Night Management alongside the great Avicii?

CAZZETTE: Me and Alexander were producing under another name before we met Ash and became CAZZETTE. A late night, I sent an email to Ash showing him a couple of our productions and it all went from there. The success of Avicii and getting us out on the scene in such a short time speaks for itself. Ash is the best there is!

EO: I see that Ash is listed as the Executive Producer. With this in mind, Does Ash have any creative control? Is he arranging any of your productions at all?

CAZZETTE: Technically yes, Ash is the brain when it comes to productions. He tell us what tracks to make, what sound we need to have and what direction to go with the melodies. We produce all the tracks but Ash gives us feedback and has final cut on every track. The same way we understand he works with all his artists. It’s a great partnership.

CAZZETTE: AMAZING. This was our first tour ever and it couldn’t been better. We never knew really what to expect from the crowds since we did the opening for Avicii. We play hard electro/dubstep sets and he plays his melodic house but that turned out really well. Favorite show of the tour is so difficult to tell, but Ruby Skye in San Francisco was definitely one of our favorites and we played there two nights in a row.

EO: I saw you both at Glo when opening for Avicii. I have to say, you played a fantastic high energy set. I know that coming from Long Island the crowd is pretty harsh. Did you plan your set accordingly or was it more of a ‘on the spot’ kind of a set?

CAZZETTE: Actually we got a really good response from the crowd when we played at Glo. We always have tracks ready, but depending on the crowd and atmosphere we are always ready to change it up and set them off!

EO: Touring with Avicii must be pretty exciting. How is that treating you? Is Tim giving you any tips on your productions or live sets?

CAZZETTE: Yes of course, we were huge fans of him before we joined the At Night Family, so it was a big honor for us to make this tour with him. He also gave us some real good advice on touring that he learned along the way that was really good to know.

EO: You seem to have a knack for nailing remixes. Can we expect any upcoming Originals in the near future?

CAZZETTE: Of course! Our first single “Killmode” is due soon with a cool vocal for radio and shortly after that the follow up EP with “The Rat” and “Make Some Room”!

EO: How do you like New York City? How is the crowd/people different here than back home in Sweden? Is the Pizza treating you fellas well?

CAZZETTE: New York really amazed us, the city is so cool with the atmosphere, the people and the clubs. Everything was amazing! The crowd in the U.S in general is totally different from what we’re used to in Sweden. We dont have that sort of club culture yet, but I guess it’s getting there.

EO: If you could collaborate with any Artist.. who would it be?

CAZZETTE: So hard to say… But all from Knife Party (Pendulum) to Sebastian Ingrosso to Adele.

EO: You guys are very new to the EDM world as producers starting only a few months ago. Serious quick success. What is your advice to aspiring DJs/Producers out there?

CAZZETTE: Trial and error is the best advice we can give ! ThatÂ´s the only way to learn something in life. And find good management. :)

First track of the night, ‘Reach Out’ Bootleg by CAZZETTE.

Notoriously, the opening track of the evening was CAZZETTE’s signature intro bootleg. A compilation of epicness. Mark Knight’s ‘You’ve Got the Love,’ ‘Leave the World Behind’ mixed into the Thomas Gold remix of Sander van Doorn’s always classic, ‘Reach Out.’ Alex was off to a fantastic start rattling the crowd from ‘Reach Out’s’ massive drops. After driving straight into recent hit, David Tort’s ‘Jack It Up,’ it was time to slow the crowd down before CAZZETTE’s fantastic energizing electro set. Dropping Inpetto’s remix of ‘Violet’ by Dinka was a mood changing yet pleasant surprise. After an introduction with a variety of EDM genres, it was time to boogie. CAZZETTE style.

Alex jumped into his most infamous remixes to date, ”Sweet Dreams (CAZZETTE meet AT NIGHT Mix),’ CAZZETTE’s ‘Straight Out of Compton Bootleg,’ ‘Look At Me Now (CAZZETTE ‘Ode to the Congo’ Bootleg pt II)’, and their remix of Adele’s ‘Set Fire to the Rain.’ Every CAZZETTE remix he had dropped kept the crowd bouncing while singing along to the lyrics of N.W.A., Chris Brown, Lil’ Wayne, Adele and more.

Some memorable tracks that were also played included Tiesto’s ‘Maximal Crazy,’ Knife Party’s, ‘Unision’ and ‘Internet Friends’, ‘Rattle’ by the Bingo Players, along with ‘No Beef’ by Afrojack & Steve Aoki. Overall, Alex had noted that this was the first time he had played alone without Avicii and his partner in crime, Sebastian Furrer. He had done remarkably well and for his first New York City gig, creating quite a ruckus in the Meatpacking District. Holding his own throughout the night, Alex maintained a high energy yet large variety in his set. Great job CAZZETTE, keep on rockin! Look forward to their next event with Avicii for New Years Eve at Pier 94. 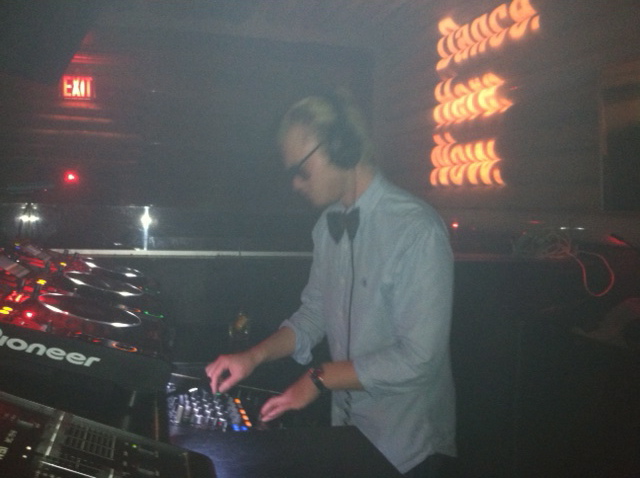 Having a party tonight? Don’t have a DJ? No problem! EO faves Dada Life are streaming live tonight from a show at Queen Club…