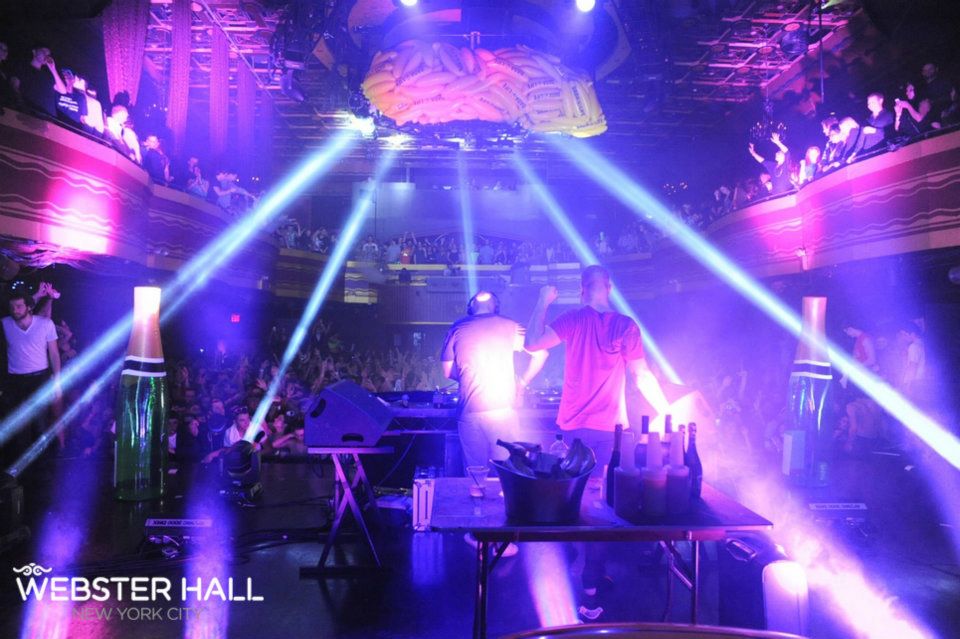 In an increasingly crowded genre, Dada Life consistently makes its musical presence known through hard-hitting, greasy releases and inspired branding tactics. Swedes Stefan & Olle are marketing geniuses, evidenced by their brilliant self-starring teaser videos and constant association and usage of bananas and champagne. It would be surprising if the pair soon found themselves signed to a lucrative endorsement deal with Chiquita Banana or maybe even Moet.

Webster Hall consistently books compelling acts for its long-running Friday night electronic party â€“ Girls & Boys. But the hype surrounding Dada Lifeâ€™s debut show at Webster was special. The East Village (and beyond it was said) was blanketed in banana-outfitted electronic lovers just waiting to be doused in champagne. Hours before Dada was scheduled to hit the stage, a sea of humanity surged in the main ballroom, pulsing with anticipation for when the duo came on around 1:30 am.

Chuckie – Who Is Ready To Jump (Dada Life Remix)

More video and review after the jump!!!
Given that Friday marked not only Dadaâ€™s first visit to Webster, but also the DJsâ€™ first ticketed show in NYC since Jan. 2011, the circumstances predicated that this would be a massive event. And naturally, the guys did not disappoint. They had everyone going bananas (no pun intended) and doing the Dada for hours straight. Reports from the floor detailed bruises, champagne showers, banana peels and overall uncontrollable insanity.

Stefan & Olle make sure to perform for the crowd â€“ it is questionable whether they will sustain long term brain damage from the enthused head banging that they consistently engage in. Not that the fans were complaining, the crowd ate up every fist pump, every table jump and every impassioned champagne spray. Weaving in both Dada hits, of which there are many, along with the most popular electro hits of the moment, every minute of the show was enthralling.

Dada has something unique going on, which plays well for them and moreover their genuine joy in making music and performing is palpable. Their energy is infectious. It’s evident that they truly enjoy playing real, fun music that makes the crowd jump.

The young Canadian producers Dzeko & Torres have made quite a name for themselves recently. Their ‘Someone Like You’ Adele bootleg was a monster…