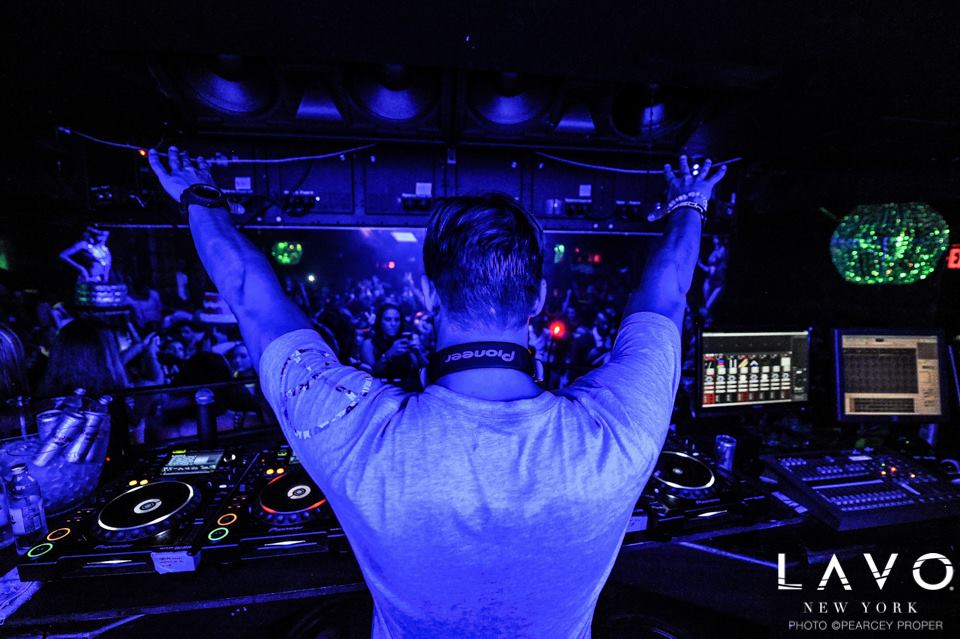 Last Thursday, November 7th, Jeffery Soutouris, aka the face of Dash Berlin, rang in his 34th birthday at Lavo NYC with quite the bang. Pre-sale tickets released in September sold like hot cakes and, in turn, a decent queue formed on the streets of New York City in front of the club before doors had even opened. Waiting on line to enter Lavo, the crowd was very mixed; while some attendees were overt Dash Berlin die-hards, others had no idea who was even spinning that evening (and were publicly shamed by those who did).

Doors opened at 11pm and people slowly trickled into Lavo. Once inside, we learned that Dash Berlin, unfortunately, would not take the decks until 1am. Although 1am is a pretty standard headliner start time for a club, we secretly hoped for a 1230am surprise. 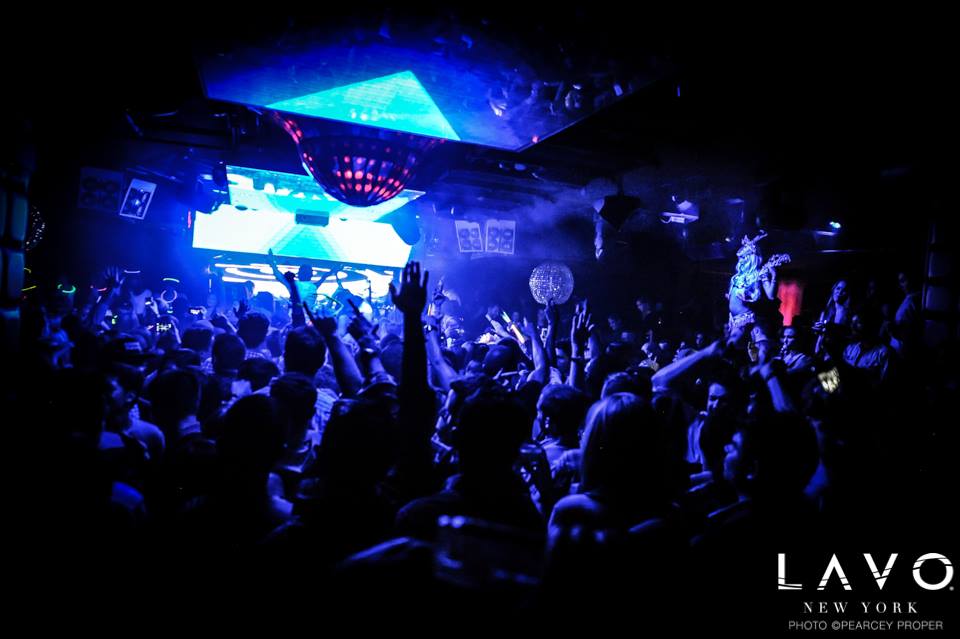 The opening DJ entertained the slowly forming crowd and heavily populated bottle service areas with smooth progressive tracks. After a few more unfortunate encounters with individuals oblivious to the fact that Dash Berlin was spinning that night and a decent amount of fervid clicks of the iPhone ‘home’ button to check the time, 1am finally dawned. Dash Berlin took the decks and threw up his iconic iPad displaying his greeting: ‘HELLO NYC!!!’

Dash Berlin opened with Alesso’s remix of ‘If I Lose Myself‘ for a sing-a-long introduction and continued on to play a progressive house remix of ‘Can’t Stop Now’ by The Aston Shuffle. Dash, for the next two hours, proceeded to play a score of progressive house hits, sprinkled intermittently with some beloved Dash Berlin favorites. Dash Berlin has truly mastered his vibe; the majority of the non-Dash Berlin produced tracks dropped harbored the progressive house ballad feel that resonates with Dash’s productions. The non-Dash tracks played in the first two hours included ‘Reload,’ W&W remix of ‘This Is What It Feels Like,’ the Sultan & Ned Shepard remix of ‘Locked Out of Heaven,’ Alesso’s ‘Calling’ and a remix of Nervo’s ‘Like Home.’ The Dash Berlin tracks dropped in the first hour included ‘This Is New York,’ ‘Steal You Away,’ ‘Jar of Hearts,’ their remix of ‘Earth Meets Water,’ their Dashup of ‘Waiting for the Sun and Moon’ and their remix of ‘As the Rush Comes.’ 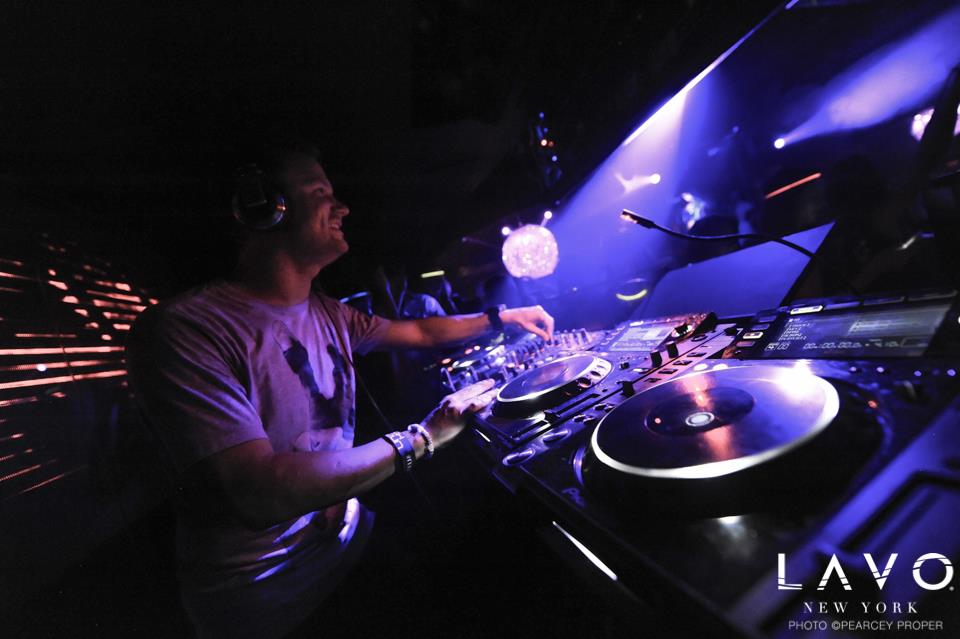 One last fervid click of the ‘home’ button revealed that it was 2:56am and, assuming that Dash would step down at 3am, our hopes of hearing any more beloved Dash Berlin throwbacks from ‘The New Daylight’ or any remixes off of ‘#MusicIsLife #Deluxe’ started to diminish. However, 3am came and went and, while the majority of Lavo’s attendees cleared out, Dash remained on the decks. For the last hour of his set, Dash threw it down.

The ‘power hour’ began with Armin’s ‘Forever Is Ours‘ into ‘What The Fuck’ into ‘Epic’ into a remix of ‘Better Off Alone‘- WOW. By this point of the night, the majority of the bottle service crowd had exited Lavo, leaving ample space for the remaining crowd to dance. Dash Berlin proceeded to play his heart wrenching track ‘Never Cry Again’ into Deadmau5’s ‘Raise Your Weapon.’ Dash kept up the throw-back train and played Gareth Emery’s ‘Sanctuary’ into a rift extracted from MGMT’s ‘Kids.’ Energy levels sky rocketed when Dash dropped Andrew Rayel’s remix of ‘Go It Alone‘ into Ferry Corsten’s ‘Not Coming Down.’ Dash rounded out his set playing songs such as ‘Better Half of Me,’ ‘Disarm Yourself,’ Darude’s ‘Sandstorm’ and ‘Till the Sky Falls Down‘ for the closer. 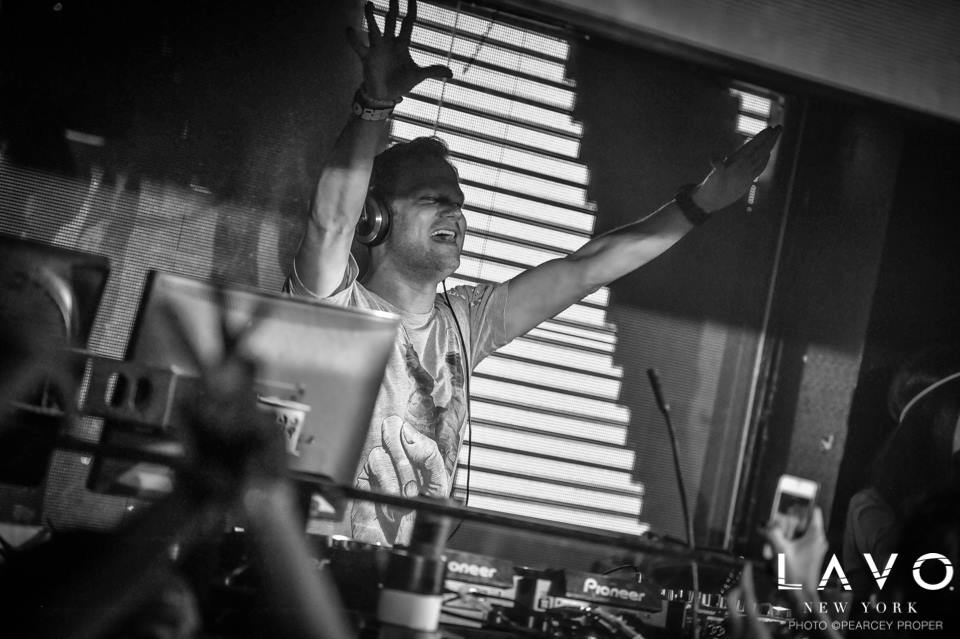 Besides a couple cheesy mainstream tracks played earlier on, Dash Berlin delivered a fantastic set that incorporated a balanced mix of his old and new productions, as well as gems produced by artists like Armin Van Buuren and Alesso. Once the club cleared out around 3am, the atmosphere was much more enjoyable. You could freely move throughout Lavo and actually dance a little bit rather than stand among the crowd like a canned sardine. Dash Berlin’s high energy and 1000 watt smile radiated throughout the club from start to finish, allowing the crowd to forget that it was only Thursday night. Until next time, we will be ‘Waiting.’

Initially motivated to explore this release based on a deeply rooted affinity for anything Coldplay related, I was ultimately motivated to post this track…