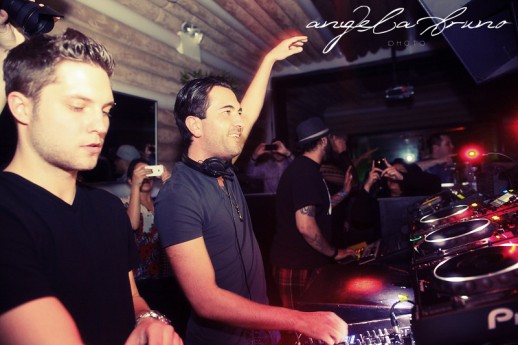 Producer/Remixer of EDM hits such as ‘Tung’ and ‘Dangerous’, Deniz Koyu graced Cielo with his presence this past Thursday in New York and completely demolished the club. Dance.Here.Now made it a memorable night by kicking off Deniz Koyu’s tour at one of NY’s most prominent venues. With a ruthless crowd, phenomenal track selection, and Funktion-One sound system, there wasn’t room left to ask for much more!

Aspiring DJ/Producer Tyler Sherritt began the night with tech that set the tone right for the main act. Deniz Koyu started off with an ID and then continued to mix in a onslaught of electro and progressive missiles. He played some of his own, including ‘Hertz’ and ‘Hydra’, and also others that are popular on the dancefloor, such as Nari & Milani’s ‘Atom’ and Tommy Trash’s remix of ‘Toulouse’. I also vividly remember Deniz mixing Sandro Silva and Quintino’s ‘Epic’ right into Bingo Players’ ‘Rattle’ and watching the whole crowd lose it! I highly recommend catching him at one of his upcoming shows if you weren’t there to witness the madness.

Are you ready for a huge tune? Nic Chagall takes the original ‘The Theme’ from Jurgen Vries (Darren Tate) and delivers it into a…