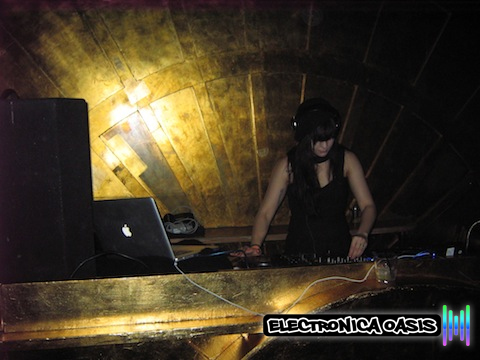 While most people were recovering from either of the major Swedish House Mafia gigs this weekend, my friend Rocco and I headed down to Webster Hall for a late performance from DJ Gina Turner and Alexander Technique. After working our way through the maze that is Webster Hall, an elaborate gold backdrop signified we had found the right room. Starting around 1:30am after some mixer issues, the drums began to blare. If you haven’t seen Gina Turner spin before you’re missing out; the assembly line of tech house bombs played was a welcomed variation to what you’d normally hear on a Saturday night. Some stand outs were her collaboration with Junior Sanchez & Alexander Technique out now on Ministry of Sound titled ‘Unreal‘, an insane ‘Original Don’ edit you can watch below, as well as the Junior Sanchez “Really Cares House Mix” of Drake & Rihanna’s ‘Take Care‘. The event was run through Hanky PankyÂ (Webster Hall) and featured a solid soundsystem; definitely a space I’ll be paying attention to for future shows. If you’re craving some DJ Gina Turner material look into her latest track ‘Nueva‘Â as Nouveau Yorican (project with Laidback Luke) or her edit of Micky Slim’s Mixmash release ‘Hey Freak‘. 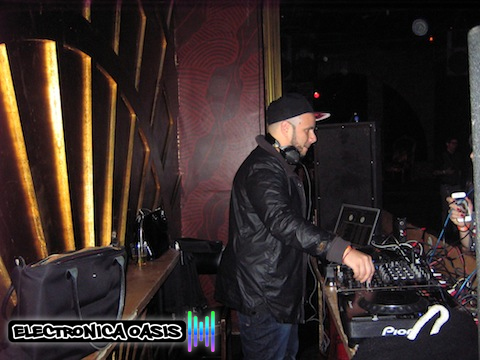 During Gina’s set I had the privilege to talk with Alexander Technique about some 2012 developments. After their massive Size Records release, ‘Where You Are‘ you can expect some new material from Alexander and Junior Sanchez releasing again through Steve Angello’s powerhouse imprint. Another thing to watch out for is his recently established label Brobot MusicÂ which will be the source of some new original productions. Ranging from big room progressive ballads to filthy tech house beats, stay tuned for some creative work from Alexander Technique next year. Get familiar now by listening to the first of his “Makes You Feel Good” mix series below.

Legendary Tiesto makes his way up to Albany, New York for his ‘Club Life College Invasion tour’. The show was originally supposed to be…