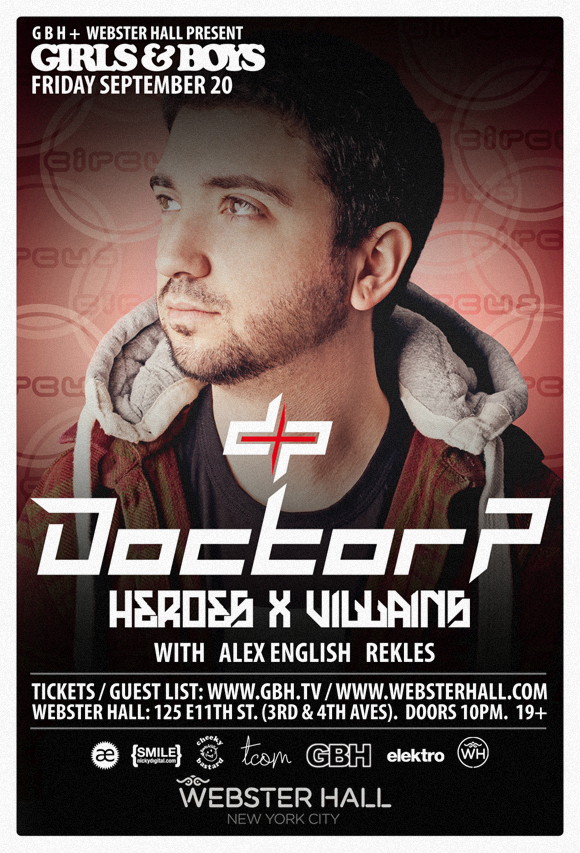 There’s just something about Webster Hall that feels like home. There are no giant flashing screens and there are no confetti cannons. The main floor has been danced on and pounded to a pulp. It might be a little dark in there and yes the paint has some visible wear on it but that’s ok. To quickly sum it up Webster Hall is absolutely charming.

At about 11:30 the anxious crowd strapped in for the almost 2 hour set from Heroes x Villains. The surprisingly diverse Atlanta artist showed his range by taking bits from all kinds of musical influences. Heroes x Villains played expected slew of dubstep, electro, and EDM inspired Trap but the true treat was for all the ‘Hip-Hop first dance music second’ fans in the crowd. Some of the biggest names in Hip-Hop were represented at Webster Hall on Friday. The dirty south producer played arguably the biggest song in New York right now when he dropped A$AP Ferg’s ‘Shabba’. Lots of elbows being thrown and head bobbing during remixes from Chief Keef & Rick Ross. Yeezus even got some play with DJ Snake’s remix of ‘New Slaves’. The huge festival tune ‘Mammoth’ stunned the crowd when they dropped the Trap remix coproduced by Carnage. Heroes x Villains kept it jumping all the way to about 1:30 when they handed the decks over to Doctor P.

There was a bit of a problem with the mixer for Doctor P when he first got on. The room lit up when the opening of Doctor P’s remix of ‘Love Goes Down’ finally came on. The metaphorical ‘brick to the face’ drop from this Plan B remix was a sign of things to come. You could see the all lost guests, who were unfamiliar with this kind of bass, head towards the nearest set of stairs to a milder floor. Doctor P brought the bass cannon out not too long after opening when he dropped his buddy Flux Pavilion’s track. He kept the songs from his close friend Flux coming with the massive ‘Jah No Partial’ and ‘Louder’ From start to finish the Grand Ballroom was hectic and rowdy. There was no mistaking it, this was now a floor dedicated to bass music and nothing else. The crowd got a temporary break from the nonstop dubstep drops when he dropped The Fugees’ ‘Ready or Not’ remix from Aphrodite. As it got closer to 3 A.M. the crowd could feel the time for Doctor P to wrap up was coming. About 10 minutes before 3 he thanked the crowd and asked if we wanted to hear one more song. That’s when he dropped the classical dubstep on us with the world favorite ‘Promises’ remix from Nero & Skrillex followed by ‘Gold Dust’. The entire set was high energy, rowdy, and a little bit dirty and that’s exactly what we love about Webster.

With a recent remix for Flo Rida’s ‘Turn Around‘ and his smashing remix for ‘We Want Your Soul,’ the Swedish producer Sebjak has been…