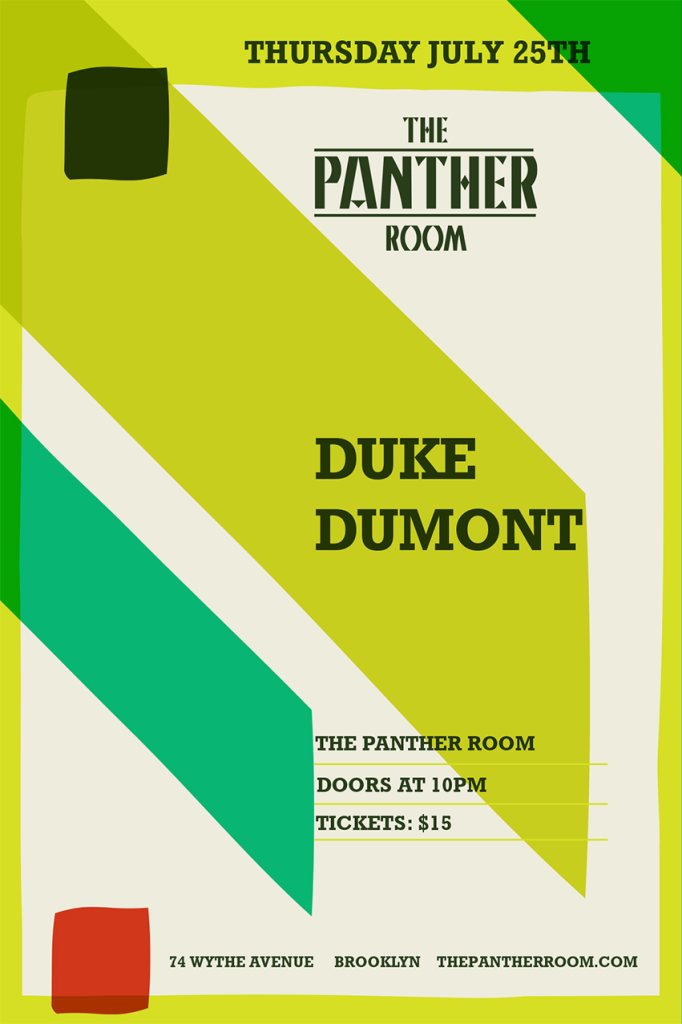 For someone who has never been to The Panther Room before, the massive lines may have intimidated partygoers. Only would they soon realize that the masses of people were waiting to gain entry into Output. In fact with a very tolerable line, the venue provides an intimate setting for a true underground fan. Located right around the block from the Brooklyn Brewery, in Williamsburg, The Panther Room is Output’s baby sister attached by the hip.

Once inside you walk into a dimly light room with a respectable sized bar and one small couch in the corner. Something we really enjoyed about the Panther Room was how the DJ’s setup was on the same level as the crowd, most fans were dishing out five-highs to the talent throughout the night. The dance floor maybe held a little over 100 people. But holding true to the Output name the sound system was spot on, being impressively warm and aggressive when needed. After walking up a short flight of stairs, there is a small walkway, which overlooks the dance floor. We spent some time nestled there with plenty of room to spare, as we were able to have a bird’s eye view of the DJs and crowd.

Beyond the walkway was another short walk upstairs that led us to the second bar area. This floor was fully lit but about half the size of downstairs. In the corner of the bar area was a door leading to The Panther Rooms’ amazing rooftop space. Providing a cabana like feel with an additional bar, people went outside to escape from the crowd. Not to mention you get a phenomenal view of the Manhattan skyline. Many of the audience members we talked with stated that they enjoyed how versatile the venue was.

The night started out with Cranks up to bat. Accurately preparing the crowd with a variety of groovy, deep instrumental tracks. Cranks kept everyone dancing with the anticipation of Duke Dumont stepping up. And then it happened. It was Duke’s turn up at plate. He started his set with ‘Bump n Grind (Waze & Odyssey Mix)’, which instantly got the crowd under his spell. From that point on the night turned into a thrilling roller-coaster ride of tracks ranging from funk to filth.

About an hour into his set Duke dropped an aggressive mix of ‘Jack – Breach’, a huge hit on the scene this summer. Shortly thereafter Dumont went with the timeless song ‘F.I.R. – &ME’ which was released in 2009. Right when it seemed the crowd was loosing fuel, around three am, he got everyone jumping to the beat of his classic tune ‘The Giver’. Without a doubt, Duke Dumont conquered The Panther Room into the early morning of Friday July 26th.

FM Feat. Snoop Dogg – If I Was You (Disco Fries Remix)

Super sick remix from my friends The Disco Fries. These dudes have been killing it recently. Their remix of Chris Brown ft. Benny Benassi’s…