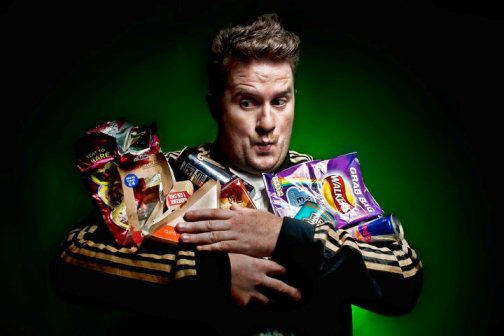 As Pete Tong said when he introduced Eats Everything’s live Essential Mix last year, there is something brewing in the south west of England. Along with a slew of Bristol city mates, including Julio Bashmore and Waifs & Strays, Eats Everything, real name Dan Pearce, is working wonders as part of the charge to bring the thriving bass and house scene of his city to international prominence.

With two decades of DJing experience under his belt, in 2011 Eats finally started to gain recognition for his productions, signing tracks to house music heavyweight labels Pets Recordings and Dirtybird. 2012 continued to be a stellar year for Eats as he set out last month for his maiden voyage to the US with an 11 show tour that landed him in NYC last Friday at Cielo, thanks to The Dog & Pony Show, – home of a rare but jaw dropping Funktion-One sound system.

Friday night at Cielo provided showgoers with contagious anxiety, as the anticipation of Eats Everything along with poor weather and lengthy lines, created expectancy overflow. Fortunately, the hunger of attendee’s was “fed” as Mr. Pearce took to the decks a few minutes before 1AM. An undeniable energy filled the room as Eats dropped Duke Dumont’s remix of AlunaGeorge’s ‘Your Drums, Your Love’, an uplifting, head bopping house tune to get the night headed in the right direction. Eats didn’t stop there as his seamless transitions into SIS’s tech bomb, ‘Nesib’ and Disclosure’s remix of Jessie Ware’s ‘Running’, let the crowd know this was going to be a special night.

With an intimate setting and unparallelled soundsystem, the vibe felt more like a rich kid’s “house” party than a gathering of confused group of NYU students expecting a dayglow show. Eats only helped the atmosphere, dancing along to thew tracks and drawing out the thundering bass in proper form. He brought the grunge and fun to NYC, actions that undeniably would make his Bristol crew proud.