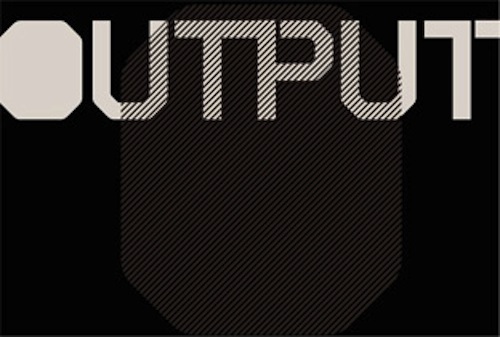 This weekend thousands of people from all over gathered to attend another year of Electric Zoo. Once the long day of music ended at the festival grounds, partygoers re-fueled themselves and hit some awesome after parties. EO was lucky enough to attend both Friday and Saturday night at the legendary club known as Output. One could only imagine how good Sunday was judging by the first two nights…

Right next to the Brooklyn Brewery on Wythe Avenue, this intimate club is home to one of the best sound systems around. Virtually everywhere you stand in Output, you are surrounded by impeccably clear sound. Justin Martin, who played Saturday night, proclaimed via Twitter:

A very unassuming club, or rather a true fans club, the capacity at Output is a mere 450. This number just makes the club THAT much better. Especially considering the fact that some of Output’s counterparts around the country have nearly ten times the amount of room. Just goes to show that it’s not pretending to be something it’s not. Don’t judge a book (or club) by its cover (or exterior) because you truly enter into a new realm once you get in. The color black now stands for the deep dark house secrets of Williamsburg.

There is virtually no part of the club that is off limits. No VIP, all are welcome and everyone is happy. There is a little section on the ground floor that is guarded by massive speaker stacks and a horseshoe of couches that groups of friends can take over. But again, all are welcome. The club also has some really cool lighting that appears to be behind a wall of windows that looks like it was transplanted from an old warehouse. The second floor balcony is amazing. You still get the amazing sound, plus you can look over the entire dancefloor AND see the DJ perfectly without your glasses on.

Let us not forget their rooftop area, where you can escape to the terrace and are no longer fully engulfed by the sound. Its here that people come to chat and take their smoke breaks. All the meanwhile taking in a view that’s definitely worthy of some serious ‘Instagraming’. The rooftop is shared with Output’s sister club, The Panther Room. You can meet friends from next door and share a drink at the rooftop bar. There is plenty of cabana style seating to give your dancing feet a short break.

Output just screams underground. You can truly feel the music here. As each night progressed the club became hotter and darker, with beats that could crush your bones and shake your vertebrae. Some serious hellish grooves going on when Dixon took command Friday night. He played some great euphoric tech house into the morning. But when those Dirtybirds came out to play Saturday night people were seriously hungry for some house. Justin Martin, Claude VonStroke and Eats Everything played some insane deep garage house into the wee hours. The bass could not have been better that night. Although both Friday and Saturday were great in their own regards, Saturday was just insane. Output must have been at capacity that night because the place was steaming from the fire on the dance floor.

If you have yet to experience this club, do yourself a favor and go ASAP. Check out their upcoming events!

PREVIEW: Martin Solveig – The Night Out (The Remixes)

‘The Night Out,’ the incredibly underrated Martin Solveig indie dance song from his ‘Smash’ album, will finally get its due respect when the official…