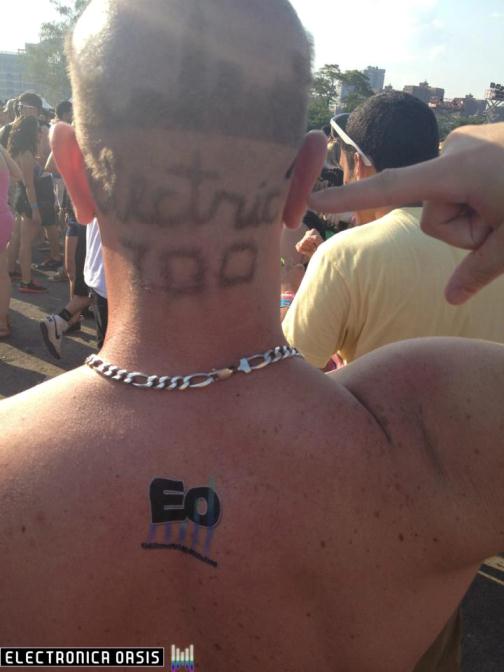 It’s that time of year again, the time to reflect upon what happened at Electric Zoo. You’re thinking about what your favorite set was, which song you heard a million times and which act you really want to get to know as a result of seeing after accidentally stumbling into a tent (hey it’s happened to us all.)

Sunday School Tent
aka Mecca? At any one point over the weekend there was a critical mass of EO staff members holding it down in Sunday School. One staffer said it was the best time he had had at EZF since the inaugural event in 2009, while our managing editor named it the only place to be on Saturday and Sunday (with the obvious exception of Above & Beyond on Saturday at the main stage). Sunday School provided a safe haven for the experienced festival goer and house music lover, refuge that wasnâ€™t found at the other, ridiculously crowded stages. Kudos to the festival organizers for growing the event exponentially â€“ this is testament to their ability to produce an incredibly well run festival and respond to the needs and wants of its patrons. But for those of us who attend multiple festivals and shows a year, the Sunday School tent meant you could find your friends, get a beer easily and be incredibly stimulated by a never ending stream of wildly artistic and unique sets. Here you found an emphasis on bass drops and not melody drops, and no one clad in neon smudged your sneakers returning to Earth after said SICK drop. In fact, there was no jumping here, just straight dancing and musical appreciation. Thank you Made Event for making Sunday School fun.

Diversifying Genres
Overheard at EZF: â€œwobble wobble wobble wobble,” followed by a head shake and “enough of these fucking wobbles.â€ Maybe that accurately sums up the genres on the rise that were heard in great volume (no pun intended) over the weekend. The wobbles of trap, the womps of dubstep and the scratches of electro were enough to create the most persistence headache. The weekend certainly proved that trap music is on fire. While trap can be hard to execute, it can also nicely break up a heavy set of dubstep and moombahton with some groovy knee bends. Dillon Francis, 12th Planet and Jack Beats get honorable mentions for utilizing trap, but A-Trak was remained the reigning trap master this weekend, playing a good half of his set with the hip-hop infused vibe. Trap is cool, trap is fresh. But whatâ€™s with all the electro?? Even Norin & Rad, Above & Beyond disciples that they are, utilized a great deal of electro and it was all Nicky Romero played (bring back your Green Velvet days!). Itâ€™s just a bit too harsh for our likings.

Bros vs. Pros
This observation loosely falls into the same category as â€œWe Loved Sunday School.â€ Everyone deserves to enjoy a music festival. Made Event was clever enough to divvy up acts to well categorized stages, allowing pure partiers and music attendees to rarely crossed path if they didnâ€™t want to. Part of the fun of the bros taking over, was the ease with which one could drag friends to lesser known artists, at the same time that big name acts were being overrun by the neon hoard. So while EZF was incredibly crowded with young bandwagoners (yes, we are making that word up) there was no need to have any issues with drunk, fist-pumpers unless you chose to. This of course, is coming from the perspective of seasoned festival goers, but despite being moderately snobby we are happy to have everyone join in on the fun. What would be the point of keeping the music we love underground forever.

Above & Beyond
No one else can tug our emotional heart strings like Above & Beyond. They are simply masters of their domain. This is to say Group Therapy was pure bliss, but their main stage set seemed very out of place. Flipping between unreleased edits and remixes of Anjunabeats tracks for the die hards on Friday to four beat drops of Porter Robinsonâ€™s Language on Saturday for the neon mafia? Tony, Jono and Paavo should know better. We would pay a lot of money to hear their conversation coming off the stage Saturday evening. That being said, for diehards Group Therapy was the only way to go, but A&B managed to charm the socks off of everyone at the main stage as well. We have to give the trio kudos for being able to appeal to two very different groups. The members of the trance family are a clubby and committed lot â€“ only in Group Therapy could someone read the words on your A&B shirt and then kiss them (true story). But we are happy that the newbies were introduced to the wondrous world of A&B. Given that the Brits rarely bring their show to NYC, we were also thankful to have the opportunity to see them twice over the course of two days, a rare treat. 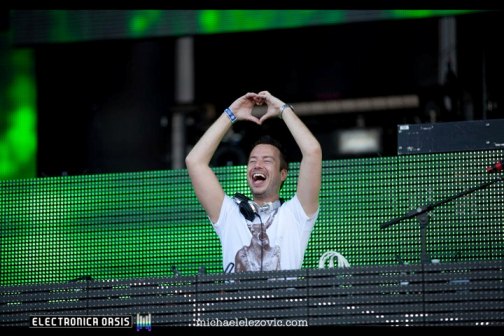 We Fucking Love Electric Zoo
Who cares that there were baby ravers puking in pairs in the chillout zone at 2 PM on Friday. We were at ELECTRIC ZOO in our home town and we loved it. Every year we are never disappointed, despite the work deadlines that must be met before taking Friday off and all the nervous moments about shoe and t-shirt choice. In the end, Labor Day Weekend is always magical â€“ how could it not be with the choicest picks of house music displaying their goods mere miles from our homes? Like the night before Christmas, we had butterflies in our stomachs and couldnâ€™t sleep Thursday evening as we channeled our overwhelming anticipation for the event of the year. Itâ€™s easy to be critical, but whatâ€™s the point of being a cynic when you are in a house music Disneyland. Take 15 minutes from the techno for dubstep, yup thatâ€™s possible, and take a minute to hear the newest Hardwell track â€“ all doable on Randallâ€™s Island when EZF comes to town. We are lamenting our lack of sleep and sore muscles now, but secretly we are wishing it was the Thursday before Labor Day once again.

Yet another gem by the duo composed of Carl Louis & Martin Danielle. Out on Trice Recordings, Fader was released earlier this week. With…