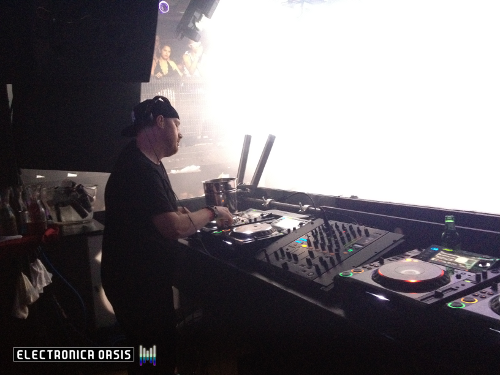 Nothing ever goes as planned. Not even Eric Prydzâ€™s night in New York City. As much thought and preparation that went into bringing Swedenâ€™s never-getting-on-a-plane-OK-Iâ€™ll do-it Prydz to the Big Apple, everything went array–leading to one of the most memorable nights in New York City dance music history.

Before the shenanigans, frantic promoters and angry neighbors (which will be explained later,) there was Prydz. He is the folk legend DJ that seldom left Europe, the equivalent of the cranky old man down the street who seldom leaves his home. It seems like for the past few years there was always a Prydz-related rumor about him â€˜gearing upâ€™ for a trip across the Atlantic.

MUCH more after the jump

Thereâ€™s no definitive answer to what persuaded him to come to North America for the first time since a, presumably, Xanax-laced trip two years ago, but last month he made a triumphant return (following at least two attempts to become airborne prior to actually embarking on his journey.)

After touring around the greater United States and Canada for the first half of the summer, Prydz made his return to New York Saturday. For two shows at two venues. Jones Beach and Beekman Beach Club.

Oh, the excitement that ensued when these two events were announced (the former being one of the biggest announcements of the year.)

You could feel the anticipation in the air, as house music fans know there are fewer acts bigger than Prydz (especially a trans-Atlantic Prydz.)

Planning, scheduling, coordinating, to chopper or not to chopper, all of these details had to be thought over and re-though over for Prydzâ€™s night.

Well letâ€™s just say, after his closing set at Identity Festival out in Long Island, things started to get a little hectic.

Beekman is a venue notorious for its noise complaints, given that it is in no way remote in its location beneath the South Street Seaport. DJ-sets are frequently interrupted by angry calls from businesses close by. The fact that itâ€™s right on the water doesnâ€™t help much either.

When Prydz took to the booth shortly after midnight, he was standing under a white tent with hundreds of fans in front of him and New York Harbor to his left. Yes, there were an obscene amount of tank tops and neon, probably more than the Swede was used too, but the crowd hung on for every moment of his intro. 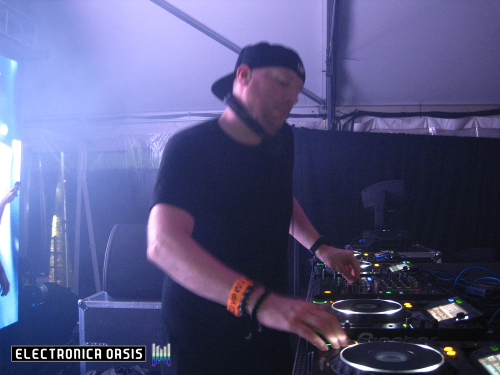 He opened with â€˜Sunburstâ€™ off his new album, then followed with some deeper IDâ€™s.

Then, Beekman went Beekman. After just a handful of songs (three, maybe,) the music cut off. Management couldnâ€™t keep the angry neighbors and the police at bay any longer. After a brief, 30-second, burst of (very quiet) music, Prydaâ€™s â€˜Viro,â€™ he packed up his gear and left.

When word spread of the plan for the impromptu DJ set, madness ensued.

Swarms of angry Prydz fans marched out of the miniature white festival tent and headed out of Beekman.

If only it was so easy as â€˜to the Bat mobile!â€™

Maybe for Prydz it was, but for attendees, they needed to find a taxi and fast. The Pacha show was to be free for all of the Beekman attendees.

Upon the puzzle-like trip back uptown to 46th and 11th, the line in front of Pacha morphed from a standard 1 a.m.-long line, to a whole other monster.

Madeon happened to be tearing into it that night. The French wunderkind probably didnâ€™t know that Prydz would be closing or, ahem, heâ€™d be opening for him.

As promoters, bouncers and Pacha creatures shoed people away from the door because of the absolute influx of eager Beekman trekkers, confusion became the norm.

If you could brave the line, you could enter a world Pacha doesnâ€™t see too often. A night of deep progressive, emotional house music.

An unreal atmosphere. Love. Finally, after the tease at Beekman, Prydz morphed into Pryda and New York City got a small taste of Ibiza from 2:30-to-5 a.m.

He picked up where he left off at the failed Beekman gig, opening with â€˜Viro.â€™ Prydz bobbed up and down, looking genuinely into the moment.

He never looked dull. He never even turned around for a drink.

He rattled off his â€˜Prydaâ€™ album staples â€˜Youâ€™ and â€˜Mighty Loveâ€™ before moving to unreleased bombs like Jeremy Olanders â€˜Kineticâ€™ edit. His final offering for the crowd was his Tomorrowland bootleg ‘Mirage The People.’ It was truly the perfect nightcap.

The welcome onslaught of deep progressive paced the night perfectly. The music may be out of the comfort zone of mainstream producers and new house music fans, but its rewards are well received with its die-hard fans. Pacha on Saturday was a perfect example of how well it worked.

New York City was alive Saturday night. And despite any follies that took place, the evening, as a whole, was not affected by the blips. The music was tangible, emotive and life was good.

Maybe it did go exactly as planned. 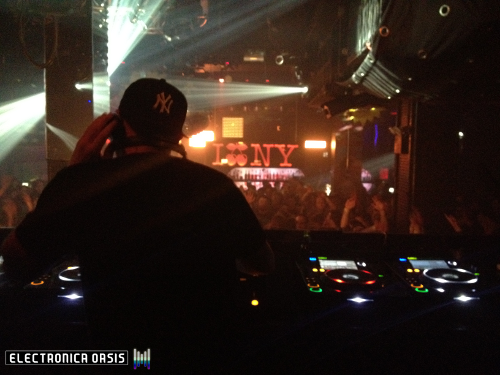 Our very own MichelleKUPP contributed to this review. Follow her on Twitter. Her tweets are as progressive as Pryda.

Nervo released the acapella to their hit ‘Irresistible‘ a few days ago. I took a stab at it with a song you might not…