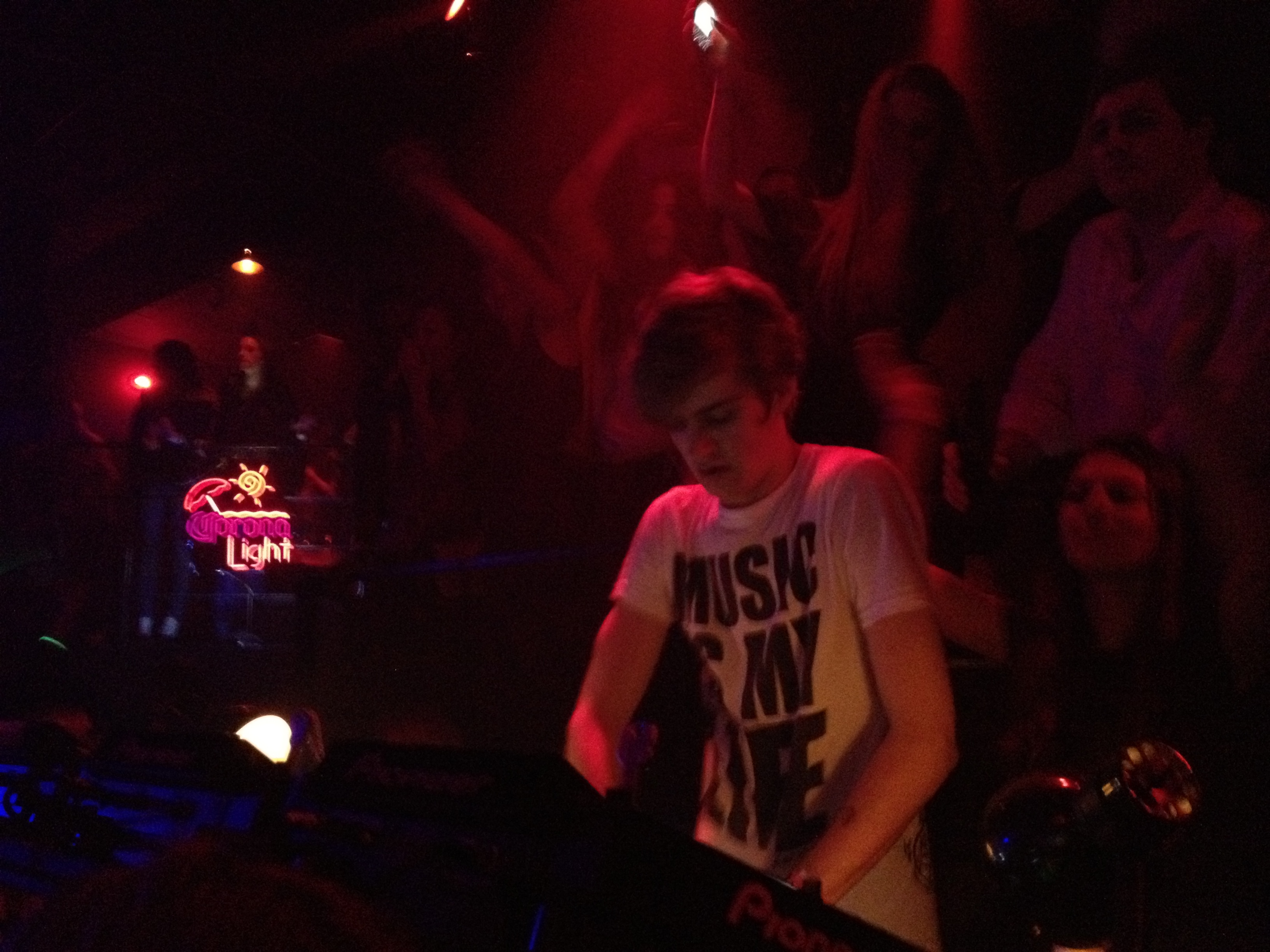 When I arrived at Santos Party House on Saturday just after midnight, the usually deserted Chinatown street was mobbed with young people vying to enter the yearâ€™s first installment of Electric Beach. On the docket for the revelers were NYC based DJs Tyler Sherritt and later headliner FareOH.

I consider myself a somewhat seasoned electronic music concert goer, and I have to say that this party series is a great alternative to other venues such as Pacha or District 36. The crowd is manageable and you almost feel as if youâ€™re at a house party with all your closet friends, gathered around an accessible DJ booth rocking to the beats.

Alaska native Tyler Sherritt opened and got the crowd amped. A notable track included his production with Jake Shanhan – On The Otherside.

Just last week FareOH released an original production with Archie V. 2012 (Twenty Twelve) which was heating up the social media world and gaining lots of solid praise. It was fitting that he got to debut it, with a touch of Adrian Lux – Teenage Crime mixed in, to an adoring crowd. Every minute of FareOH’s set was met with excitement from those at Santos and he definitely defined and understood the atmosphere to a T.

More videos and commentary after the jump!

Nicky Romero, whom we named our #1 artist to watch in 2012, is gaining serious traction with his banger Toulouse and FareOH utilized it for a rousing reaction on Saturday. I’m looking forward to seeing FareOH rise up in popularity – it’s great to know that there are some homegrown NYC producers that are gaining a foothold in the typically European-dominated EDM scene.

Peep the videos, and make sure to get your tickets to Saturday’s next installment of Electric Beach, featuring downtown DJ Jesse Marco.

There is something majestic about dancing the night away at an electronic music concert while overlooking the the most recognizable skyline in world. This…