This past Friday, Girls & Boys brought an incredibly talented group of artists to Webster Hall: D1, Subscape, Caspa, and Trolley Snatcha of the Dub Police record label. A lot of people think that nights dedicated to solely dubstep DJs are little repetitive and not worth it, but these guys really stepped up to the plate. When I first saw the stage, I noticed the table was filled with CDJs, decks, AND NO LAPTOPS! Not a single laptop was brought on stage the entire night (each producer did come on stage with a GIGANTIC binder of CDs though!) which I can definitely respect. The theme song for the night was Caspa’s remix of Buraka Som Sistema’s Hangover, one of the hugest tunes out right now. 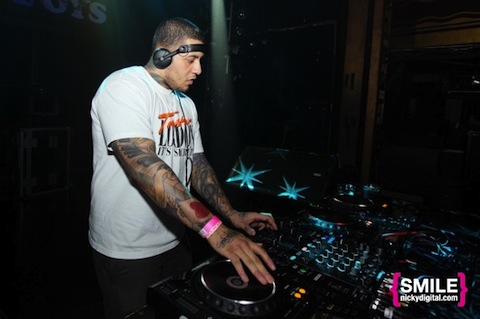 D1 took the stage around midnight, and he played a really sick set. I had never listened to any of his mixes or tracks before so I was really pleased and surprised by what he was playing.

Subscape came on a little after 1:00am and he absolutely KILLED his time slot. Not a single person was standing still the entire time, and by then Webster Hall was completely packed. Subscape’s another DJ that I wasn’t too familiar with before seeing him live, but again I was totally impressed! He opened with his original track ‘Turn Me On’. 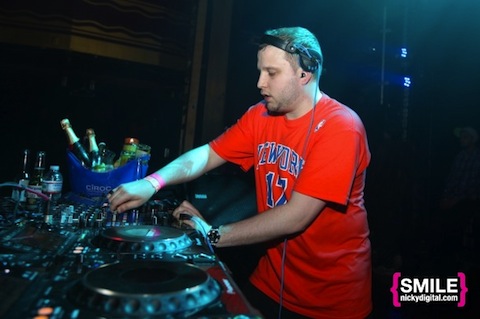 Caspa took the decks a little after 2:00am playing Subscape’s new remix of Adam F’s ‘When The Rain Is Gone’ (rocking a NY Knicks LINSANITY jersey, lol) and blew the roof off of WH. His set was absolutely nuts and I was actually kind of afraid that the floor would cave in. Caspa was guzzling champagne through out his whole set like a boss and the crowd was loving every second of it. Subscape even stage dived twice (maybe three times), and would’ve probably tried again if it wasn’t for D1 holding him back. People were starting moshpits, throwing glitter in the air during the drops, climbing onto the stage, and climbing onto the speakers. It. Was. Nuts. 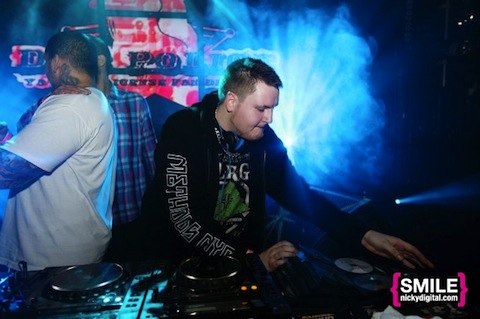 Trolley Snatcha started his set after 3:00am and by this time, Webster Hall was very clearly going wild. The crowd was a haze of LED lights, neon attire, masks.. you name it, it was there. (It even seemed to be raining glitter!) Trolley played a ridiculous set and didn’t stop until well after 4:00am, when Webster Hall Resident DJ rekLES took the stage.

Note: Thanks to Nicky Digital for the pictures and video! Check out the full gallery of party photos on NickyDigital.com.

Ever since tweeting about his brand new stage gear and the endless rehearsals, fans have been anxiously awaiting the debut for the mau5’s new…