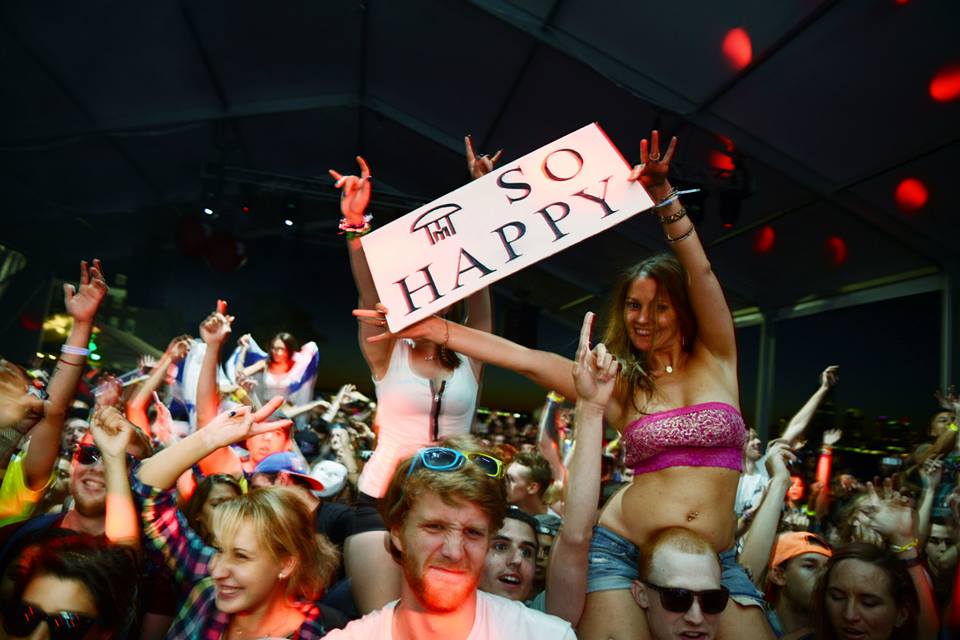 This past Sunday, August 4th, Infected Mushroom took over Governor’s Beach club and threw down a wild performance. While the sun was still shining, despite not being announced prior to the commencement of the event, local support opened for the Israeli duo and their live band, warming the crowd up with the familiar sounds of electro house.

DJ Lestat performed during the first hour, 4-5p; however; the evening kicked off later than other Governor’s shows, with the first real influx of attendees arriving around 530p as DJ Renaissance manned the booth. Renaissance played a set majorly consisting of electro house to a slowly filling Beach Club and had concert goers cartwheeling throughout the open space as he dropped tracks such a Ummet’s “The Cube,” “Kick it Hard” by Ftampa and “Reverie” by Marcus Schossow. He also incorporated the Blasterjaxx Remix of Tiesto’s “Adagio For Strings,” a pumped up remix of the crowd favorite. One criticism of Renaissance’s set was that it abruptly ended; his laptop was swiftly unplugged without any warning or notice. This was most likely due to the fact he was encroaching on the beginning of Brendan O’Neil’s set, but nevertheless it was unsettling to go from 128 BPM to 0 in less than a second.

Brendan O’Neil was third on the bill (that unfortunately spelled his name incorrectly!) for that evening and, while normally a trance DJ, played a set that flip flopped between trance and electro house. He opened his set with the soothing intro of Underworld’s “Born Slippy,” which was supervened by the Hard Rock Sofa & Swanky Tunes party anthem, “Here We Go.” As a compromise, Brendan sometimes would play a electro remix of a trance favorite, such as Tom Fall’s remix of “Fall With Me” by Ben Gold; a subtle compromise to appease the crowd while still staying true to his Trance roots. Brendan continued on to play tracks such as an “Iris” by Audien and “Alive” by Krewella mashup, Armin’s “Sound of Goodbye” and “Walter White” by Above & Beyond. He mashed up “Liftoff” and “Love Comes Again,” another strong example of his trance/electro compromising, and transitioned into a remix Darude’s “Sandstorm,” a track to which no one can deny the urge to dance. Brendan did a great job at exciting more of the crowd, drawing them in from the sand into the tent. 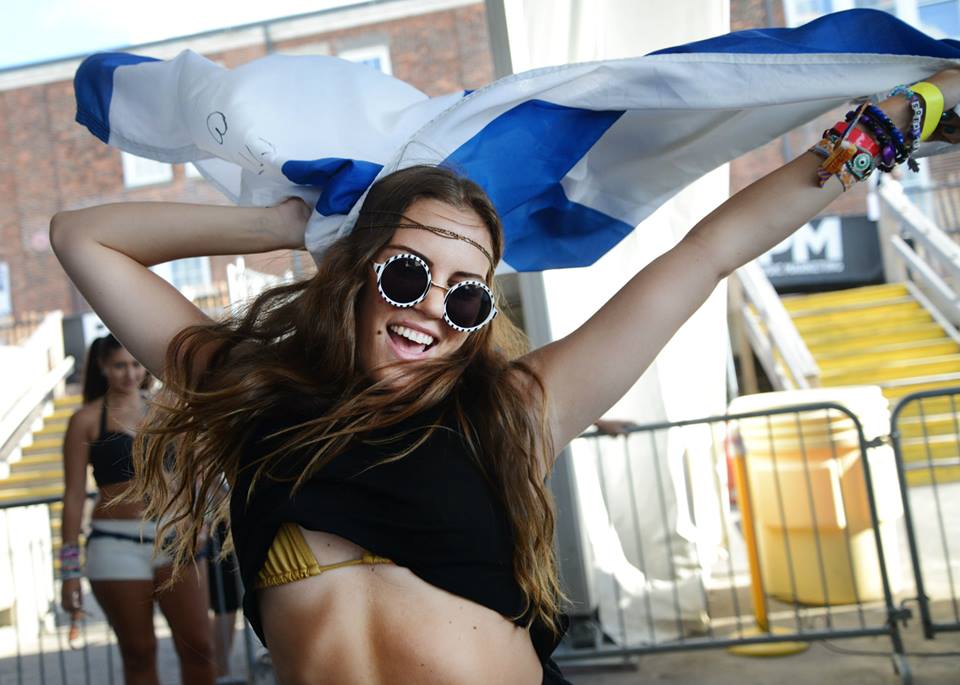 Fourth up for the evening was Jason Jollins, a New York City based Tech and Progressive DJ who has played alongside names such as Gabriel & Dresden, Carl Cox, Paul Van Dyk and Armin Van Buuren, just to name a few. His set had a Progressive and Trance feel, unique compared to the prior openers for the night, and consisted of songs such as The Dennis Shepard Remix of “Tabriz,” “Tundra” by Paris, Simo Merk & Kremont, “Collison” by Ferry Corsten and Bassjackers and the Rafael Frost remix of “Azzura” by Boom Jinx & Daniel Kandi. He also played a version of Tiesto’s “Adagio for Strings”– people just can’t get enough of that song. Jollins played by far the most eclectic set across all the opening DJs and functioned as the perfect predecessor for Infected Mushroom, keeping the crowd on their feet and surprised for its entirety.

At 9pm, Infected Mushroom took the stage, and the long awaiting crowd poured into the tent; the once crowded sand area cleared out a great deal. Typical for an Infected Mushroom show, members of the crowd were seen sporting their Israeli flags and gear, supporting the band’s (and often their own) roots. Erez Eisen and Amit Duvdevani wasted no time easing into their set, immediately thrusting the crowd back in time as the band performed “Sa’eed,” a frequently played single whose title means “Happy” in Arabic off their 2009 album, Legend of the Black Shawarma. Amit’s voice bellowed throughout the tent as the band transitioned into their cover of Rock’N Roll track “The Pretender” by the Foo Fighters, featured on their 2012 album Army of Mushrooms. For the first half of their set, Infected successfully transitioned from older tracks to newer ones; they performed “Astrix on Mushrooms” for the 2013 EP, Friends on Mushrooms Vol. 1, followed by “Becoming Insane,” the widely popular single from the 2007 album Vicious Delicious. Infected Mushroom continued on with “U R So Fucked” from Army of Mushrooms, which incorporates more dubstep sounds, followed by “Cities of the Future,” a single that dates back to 2004. Playing old and new favorites back-to-back showcased Infected Mushrooms style throughout the years and effectively kept the crowd beasting. 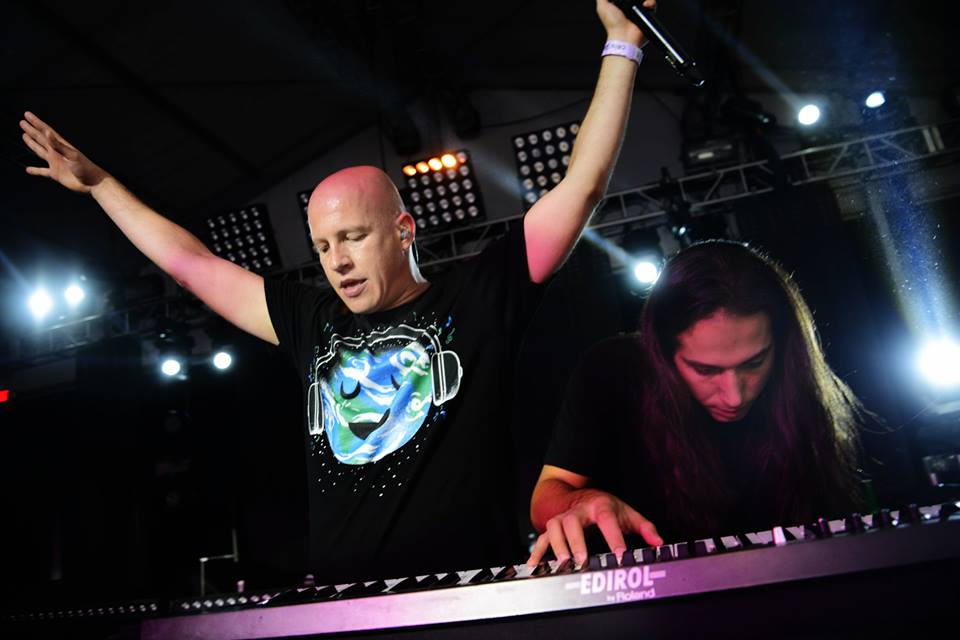 Infected then proceeded to perform a handful of tracks from their Friends on Mushrooms EP compilation, including “Savant on Mushrooms” and “Trance Party” from Volume 2, “Bass Nipple” from Volume 1, followed by “Now is Gold,” also from Volume 2. Amit’s contagious powerful arm wave had the entire tent ferociously swaying their limbs from left to right numerous times throughout the night. As the evening went on, the band performed their rendition of electronic phenomenon “Personal Jesus,” however, this was no Eric Prydz remix; the band approached the strong in a pure Rock ‘N Roll fashion, the song not immediately distinguishable apart from the ever familiar, “someone to hear your prayers, someone who cares.”

Infected Mushroom’s set was like Rock ‘N Roll meets DDR and it was nearly impossible to subdue your feet. The band rounded out their final minutes performing “Special Place” and “Vicious Delicious” off of Vicious Delicious, with and “I wish” from 2003’s Converting Vegetarians in between the two. Despite it being 10:30pm on a Sunday night, the crowd roared for more once the band said their good-byes. Unable to ignore the cheers and chants for “one more song,” Infected came out for one last hoorah before psytrance DJ Izzy took the decks to cap off the night. 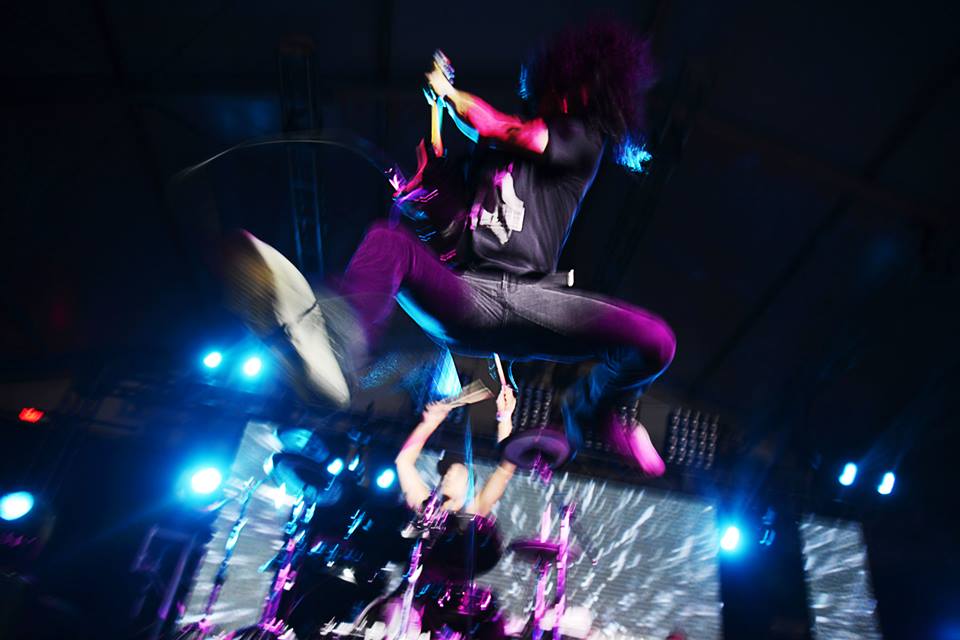 What started out as a calmer-than-normal afternoon on Governor’s Island erupted into a foot stomping, wild evening, all thanks to the talent present that day. Infected Mushroom shook the island to its core and laughed in the face of Sunday night.

Alex Gaudino and Jason Rooney come together to make this big room remix of Katy Perry’s hit ‘Firework.’ Definitely one for all the ladies…