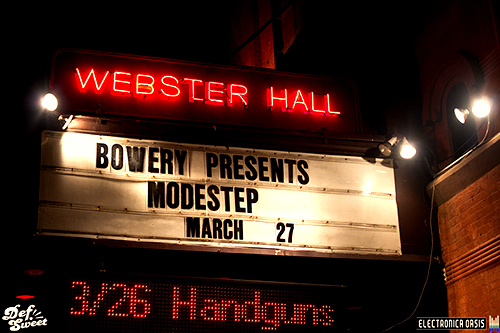 One of the beautiful things about music, all music, is the tangled web of one genre’s evolution into another over time and space. Sometimes though that evolution moves quickly, and the force of a few people smash sonic forms together. It’s fitting then that Josh Friend fronts a band whose debut Album is titled Evolution Theory. He and his brother Tony along with their their friends Nick and Matthew are Modestep. Defying genre, they are rock/dubstep/metal/soul/electro musicians and they do not shy away from experimenting; both with the content of their album and their high-energy live show.

More after the jump.
Their long awaited album has already seen a few singles go viral on the internet racking up tens of millions of views and their video for the track “Sunlight” is one of UKF Dubstep’s most popular videos. And that’s saying something for a youtube channel with over a billion views. 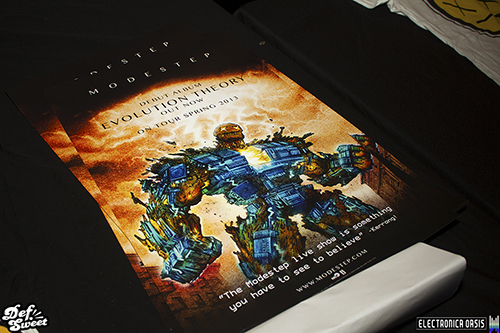 Their live show is something else entirely though. Hammering through songs, one of the first was their own “To the Stars” followed by an awesome version of Nero’s “Promises”. Because they’re a band, their set is fluid in a way that’s much different than even the smoothest or wildest transition a DJ can do. You could see it moments like guitarist Nick Tsang’s impressive solo leading into the band’s collab with fellow Brits Document One “Praying for Silence”. Moving through a few more cuts from Evolution Theory frontman Josh still takes some time to vamp with the audience, chatting them up and Tony gets in on the act too spraying the first few years of sweaty dancers with champagne.

Modestep has a keen feel for their crowd and enjoys playing with their emotions. Moving from soaring guitar riffs and melodic vocals to bone-crunching bass and intense wubs and wobbles. Josh at one point slows the crowd down playing a stripped down version of Coldplay’s “Paradise” that started out soulful and then hit hard with some serious English dubstep. They brought back the aggressive drums with their song “Tomorrow is Another Day” with Popeksa, and then keep their foot on the gas with a rendition of Rage Against the Machine’s “Killing in the Name Of”. 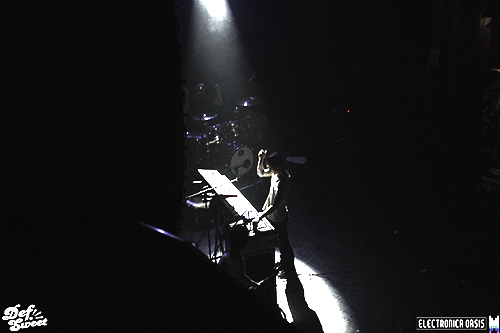 Their exit after their set was basically non-existent as they just came right back on stage and drove the crowd out of control with their biggest hit “Sunlight”. Our only complaint from the night is that it didn’t go on long enough. We understand that it was a Wednesday night but performing for just over an hour on a tour supporting your debut album? Just not long enough. Even with a seemingly abridged set, the internet sensations from London are not something to be missed the next time they come through your ‘hood. 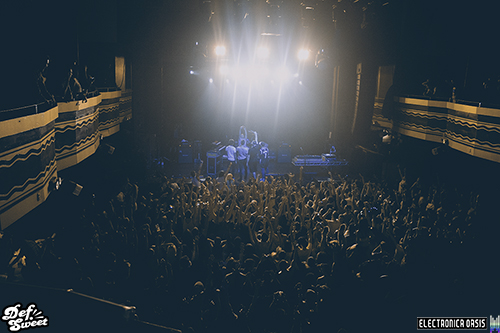 Playlist for the Weekend

The guys at Electronica Oasis dropped a ton of heat for all of you in the past few days. In hopes that we help…