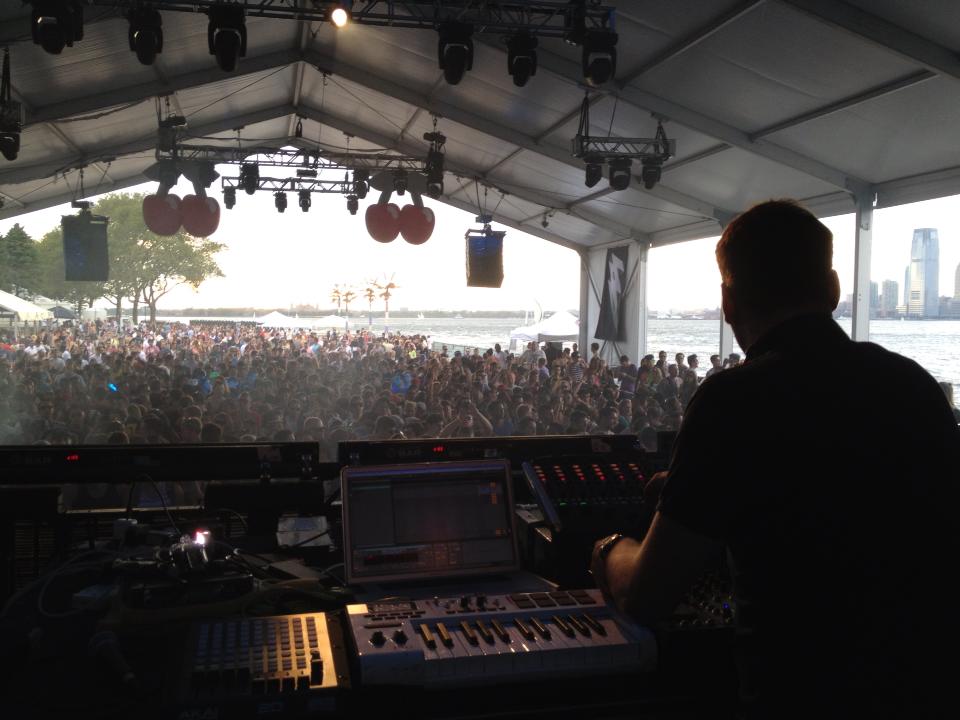 Only days before Paul Van Dyk was scheduled to take the stage at Governor’s Beach Club on Sunday, August 11th, RPM confirmed that Paul would indeed be playing a 6 hour open-to-close set on the main stage, reminiscent of his last 2009 show time on the island. The lengthy evening functioned to celebrate and preview PVD’s latest project, The Politics of Dancing 3, the third album in his compilation series, The Politics of Dancing, PVD first began in 2001. Having grown up during a time where freedom was restricted in Germany, Paul was inspired to create The Politics of Dancing to highlight the universality of dance music and its ability to bring people together from all walks of life. In light of such news regarding the length and purpose of PVD’s Governor’s set, it was no surprise that the island’s main tent was full by 6pm when he took the decks.

Paul opened, very appropriately, with an uplifting mix of Moby’s ‘New York, New York’ for a very artistic welcoming gesture. He flawlessly transitioned from Moby’s peppy beats to Arty’s symphonic remix of ‘Laika’ and continued into Cosmic Gates poignant ‘A Day The Fades.’ PVD kept the early evening bumping, playing light-hearted ‘Staring At the Sun’ by Austin Leeds, whose underlying beat had everyone in the tent believing they could shuffle. 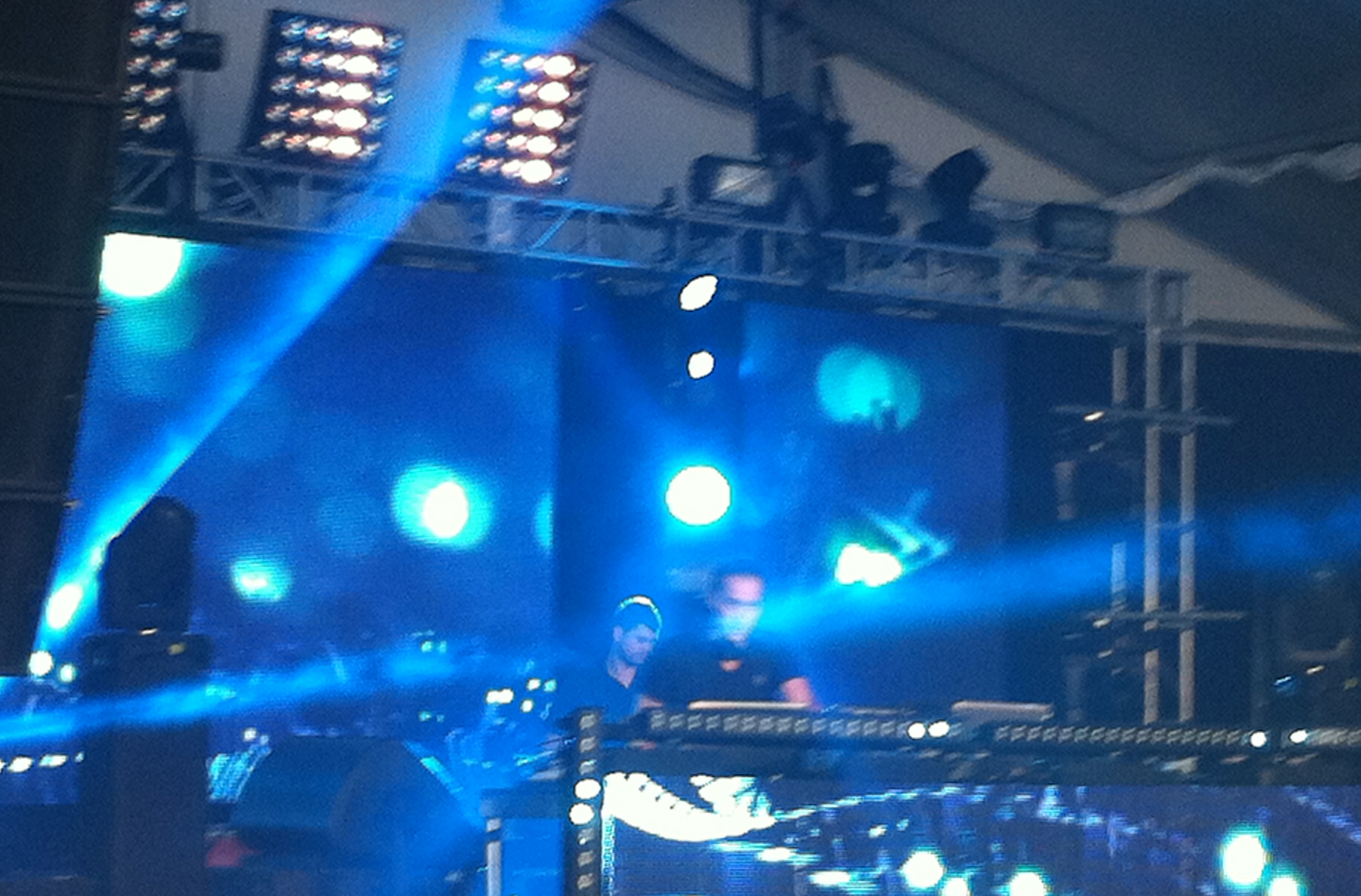 PVD took us back to 2009, playing Cosmic Gate’s remix of his hit “Home,” which won Best song that year by the iconic Ministry of Sound. The gentle male vocals backed by the orchestral big room sound of the track echoed throughout the tent as members of the crowd lifted their arms to sing along to the chorus. PVD nicely transitioned between new and old productions, next sampling off his 2012 Vonyc Sessions album the instrumental mix of ‘My Breath has been Taken’ and the Mike Koglin remix of Mat Zo’s ‘Superman.’ He successfully incorporated Fedde’s Vocal mix of ‘Never Will Be Mine’ and Robyn’s angelic voice caused the crowd to pause for a moment in admiration; however, PVD’s immediate transition into his track ‘New York City’ had the tent stomping to its tribal beats and pure vocals soon after. PVD’s incorporation of New York City themed tracks in his set made it apparent that he truly cared about making a connection with his audience on a deeper, artistic level.

PVD continued to integrate tracks showcasing gorgeous vocals, mixing in Alex M.O.R.P.H. and Woody Van Eyden’s ‘Turn it On’ and BT’s ‘The Emergency.’ He dropped his most famous track, ‘For An Angel,’ which was featured on his first studio album 45 RPM in 1994; the version he played this past Sunday was the ‘E-werk Remix,’ re-released in 1998. Pumped up from this classic track, Paul kept the crowd on their feet and followed with W&W’s ‘Impact,’ whose strong chords are easily distinguishable. PVD took everyone back up to 140 BPM as the Activa Remix of ‘Shine On’ pulsed through the speakers delivering the uplifting trance the crowd yearned to hear. Paul’s ability to control a crowd is remarkable, achieving the perfect balance between hard beats and vocals in such that his transitions appear effortless.

As the sun began to set, PVD integrated a trance remix of Andy Hunter’s ‘Stars’ just before dropping an instrumental version of the undeniably happy classic ‘Diving Faces.’ The catchy, melodic beats of this track reveal its age, communicating a sound similar to Alice Deejay and other early 2000 productions. Paul’s Elevation Remix of ‘Phoria’ followed perfectly, also containing very distinguishable, melodic beats that dictate the track. PVD created a majestic orchestra hall effect as he played a hard remix of Snow Patrol’s ‘Called Out in the Dark,’ whose eerie yet poetic vocals leave you confused as to whether or not you are meant to feel slightly sorrowful. Regardless of the answer, in about 60 seconds it was no longer debatable what you were meant to feel, as the upbeat trance chords of Kyau & Abert’s ‘6AM’ Remix poured through the speakers abating any lingering sense of negativity. And if that wasn’t joyful enough for you, Kyau & Albert’s remix of ‘Love All The Pain Away’ sustained the prior tracks level of good vibes. Paul capped off his Kyau & Albert streak with their recent compilation ‘Open Your Eyes.’ 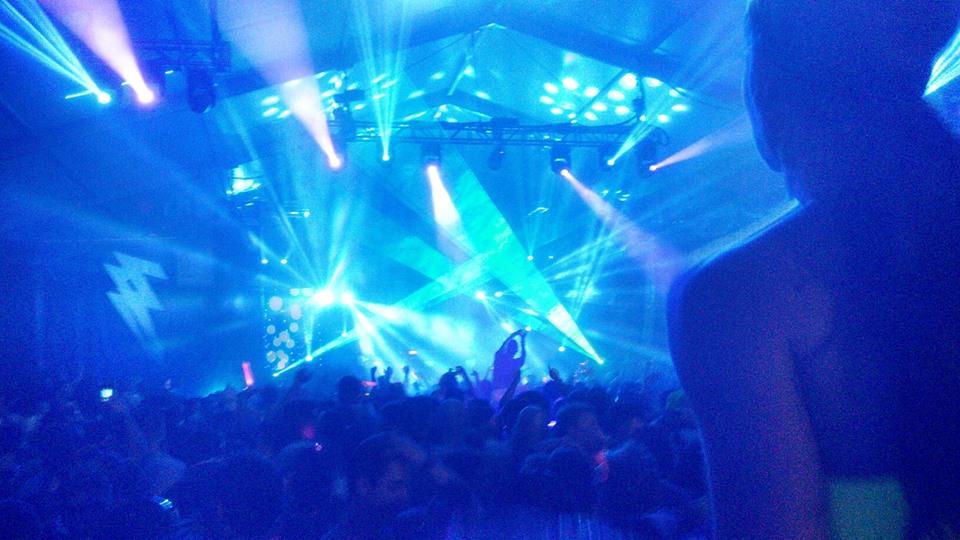 Around 9 o’clock, the sun had set and the high production value that defined the evening was fully noticeable; the lights and visuals pulsed and flashed with each beat of PVD’s tracks as he mixed in Rea Garvey’s ‘Can’t Stand the Silence,’ Sander Van Doorn’s ‘Riff’ and a remix of Oceanlab’s ‘Satellite.’ The night was still only just getting started when Paul began dropping tracks off of his most recent studio album, Evolution and its remixed counterpart (R)Evolution, such as ‘We Come Together,’ the Menno De Jong remix of PVD’s track ‘Symmetries’ and ‘The Ocean.’ However, it was not as though he dropped each track immediately after the other for an Evolution overload, but rather flowed in and out of each vocal rift very smoothly; moreover, PVD interspersed other vocal trance favorites throughout.

PVD rounded out the night by continuing to keep the crowd dancing to the fast beats of his uplifting trance tracks, mixing in classics while also showcasing more current tunes. Around 10pm, Paul dropped the heart wrenching Tritonal track ‘Something New’ and had everyone necks back, singing along. The bass rarely let up unless it was to pause and appreciate driving trance melodies or vocals in a track. The island was packed with people dancing from the front of the tent to the back of the sandy area the entire evening. 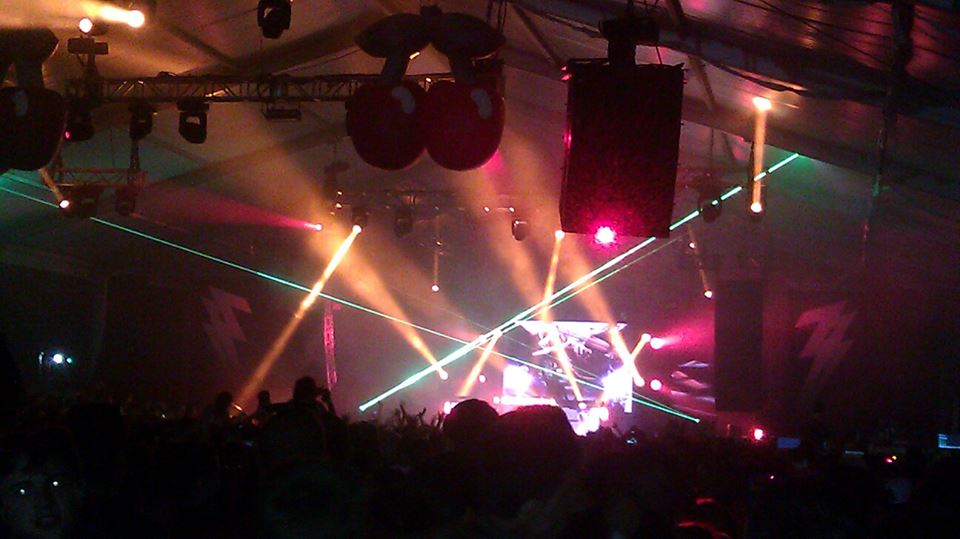 The last hour and a half snuck up on the crowd, as PVD did not give the slightest hint that he was near finished. He continued to drop tracks off of Evolution like ‘All The Way’ and the 2002 track ‘Out of the Blue.’ In the last 45 minutes of his set, Paul incorporated fan favorite ‘Sanctuary’ by Gareth Emery. The chorus echoed throughout the island as everyone sang along just before shuffling to its signature melodic rift. In the final 30 minutes of Paul’s incredible set, he finally dropped the much anticipated ‘Lost in Berlin’ from Evolution; the poignant, romantic vocals bellowed through the crowd, nostalgic of Paul’s younger years in the city. He immediately followed with Above & Beyond’s infamous ‘Sun & Moon’ and really packed it all in there at the end, continuing on to drop the John O’Callaghan remix of ‘I Don’t Deserve You.’ 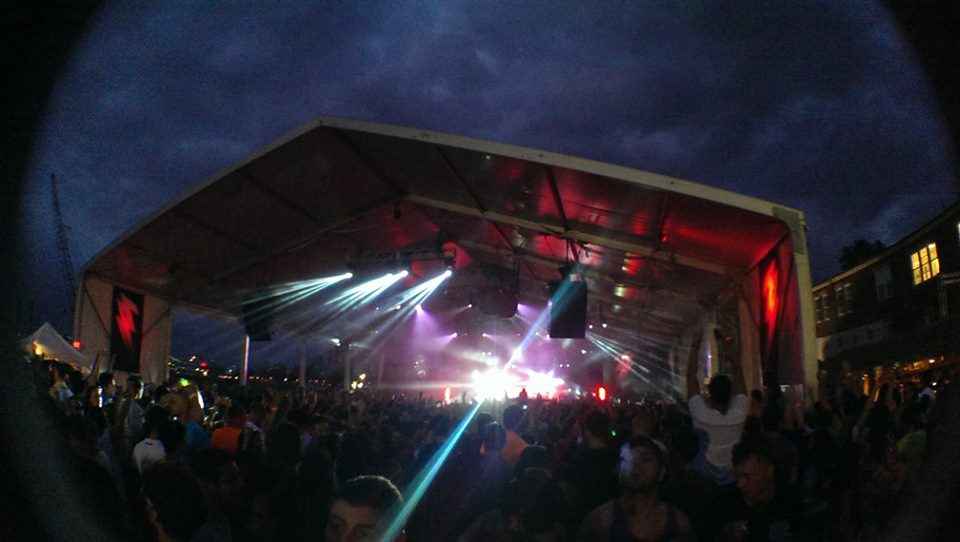 Paul brought his set full circle, closing with his club mix of ‘Home,’ one of the songs with which he began Sunday’s 6 hour journey. It is no secret that Paul Van Dyk is an artistic genius when it comes to his live sets and Sunday night only reinforced that understanding in all of his New York fans. Despite the fact that he played for 6 hours, midnight came all too quickly; the island was still packed at the very end of the night with few people concerned with beating the line back to the ferry. In a time where 60-90 minute festival sets have taken over to cheapen the dance music experience, fans truly value the DJs who still appreciate the art of the trade. Paul Van Dyk effectively communicated that he believes in quality, not quantity, as he brought everything to the decks for his only New York set of 2013 thus far.

httpv://www.youtube.com/watch?v=3Wc07-audtkLadies and gentlemen, Daft Punk hysteria is back and crazier than ever. Less than 24 hours after a new track leak entitled “Emphazed” graced…