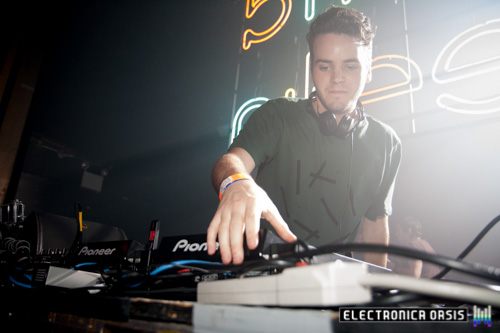 It takes some guts to hold down a club night when Kaskade is in town, but Pierce Fulton delivered an energetic and stellar set at Webster Hall’s brite nites party last night. DJ Jess Marquis got the crowd more than warmed up with his electro house beats and cheeky remixes. By the time Pierce Fulton took the stage, the main ballroom was filled with people ready to rage. 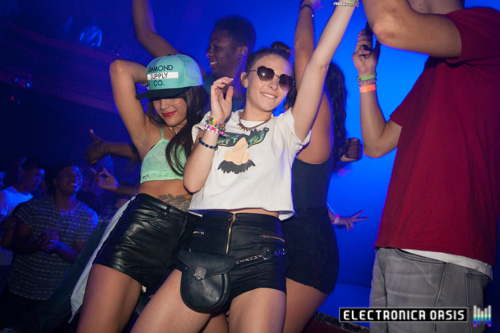 Pierce is known for his remixes of radio hits as well as his original productions, and he kept the tunes familiar, spinning a remix of Captial Cities’ pop hit ‘Safe and Sound’ and a harder mix of Armin van Buuren’s recent summer anthem ‘This Is What It Feels Like.’ A heavy electro sound dominated the night and tracks that followed the trends of Dada Life went over well with the crowd. Pierce’s remix of Dada Life’s ‘Boing Clash Boom’ is one of his most popular tracks and he gave a nod to the Swedish duo by dropping ‘Feed The Dada.’ 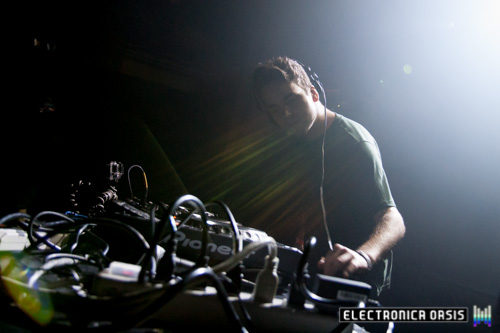 Disclosure‘s smooth house is popping up everywhere, and last night was no exception. A remix of their hit track ‘Latch’ demonstrated the song’s ability to be versatile as a big room sound. The set overall was definitely a crowd-pleaser and Pierce finally dropped his collaboration with Maor Levi, ‘Wanna Be,’ toward the end of the night. The audience took this song in gladly, with many people in the front row singing along to the lyrics and really feeling the music. 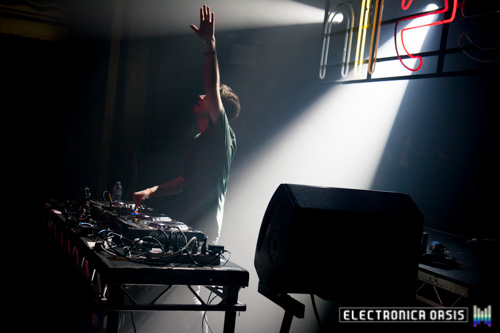 Deep into his set, Pierce Fulton and his friends took a moment to unleash a torrent of champagne on the lucky people crowded up against the barricade. Other than this display, Pierce kept his stage antics to a minimum and focused on DJing and giving the crowd a great set. The party also featured the usual fire dancers on stage and the aerial silks acrobats hanging in the middle of the room. Though it was one of Webster Hall’s mellower nights, it was clear that everyone enjoyed themselves and the music until well past 3am.

This New York City native has emerged onto the hard dance scene by storm. Pulsatorz, also known as Teddy “Glow” or Teddy G, has…