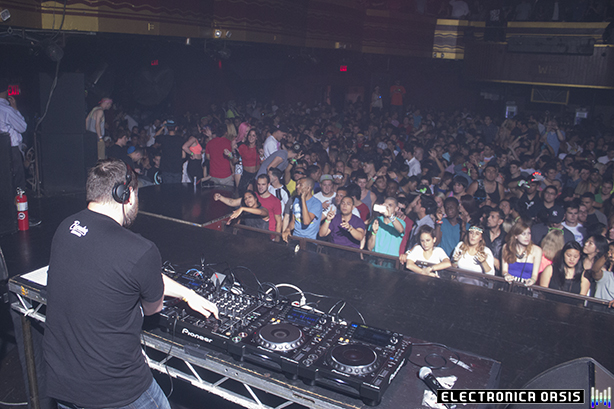 As was predicted, this past Saturday at Webster Hall was a night for the more hardcore electronic music lovers. Chris Lake, GTA and Nom De Strip aren’t the biggest names on many concert fliers, and they’re not (yet) going to draw the huge crowds that mainstream acts do. However, the crowd they do draw is very passionate about the music they listen, and dance to. Individually, they took turns showcasing their talents to the main ballroom of Webster Hall. Together, they’re three artists that compliment each other very well, and show why they’re touring together as a part of Rising Fall.

The first artist to grace the decks was Nom De Strip. His underground song selection, which provided that grimy vibe we all expected was impeccable from start to finish. From the moment the first track blared through the speakers no one could stop dancing. The funny part is that almost every song was unrecognizable. He dropped tracks that most of the crowd weren’t familiar with, but couldn’t help but move to. His set reached the peak at about 1:15am when the opening notes of “Techno Saturday” began to ring through the speakers. We’ve tried numerous times to come up with the appropriate words to describe the one of the contenders for the hotly-debated “track of 2013”, but this is all we can come up: A combination of electro and techno, with slight hints of big-room progressive, and climaxes with a drop that sounds like the devil disguised as a steel-mill worker screaming at the listener while pulling a huge metal chain through the links of a metal fence. So…yeah. 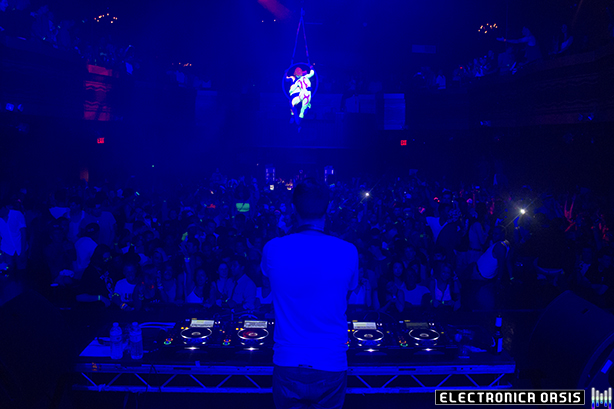 After Nom De Strip was the headliner of the night, Chris Lake. The last time we had seen Lake was at the main stage EDC NYC 2012. We remember quite vividly how good his set was at the time, but the improvements he has made are quite substantial(which we didn’t think were possible). In our opinion Lake has become one of the best, and most creative DJs/producers in the game, yet he still doesn’t get the full respect he deserves. His years of experience as a producer shine through every note of the songs he has produced, and his DJing ability comes out every time he’s on the 1’s & 2’s. When he dropped “Oh Shhh”, which has been a staple of the 2013 festival season, sent Webster Hall into mass hysteria. The energy that filled the room when this song came on could be felt in the air. So much so that Nom De Strip decided to rest his head on the stage right in front of the DJ area resulting in Chris Lake having to drag him out of the way laughing hysterically while he did it. 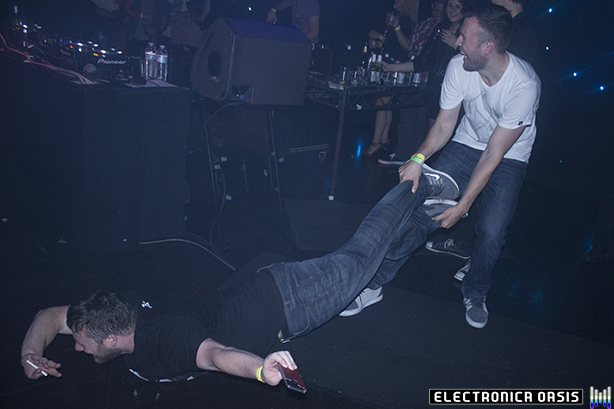 GTA came on for an hour following the sexy, yet aggro sounds of Chris Lake. They had an awesome set, as always, but it was little troubling to hear them drop Chris Lakes’ “Boneless” within the first 15 minutes of taking the stage. It is an awesome track that we’re sure Lake is very proud of, so even though it was the crowds second time hearing it in less than hour, they erupted as if it was their first time EVER hearing it. GTA brought a slightly more varied set to Webster, incorporating more trap than the preceding artists. The love of trap never seems to be an issue at Webster Hall. 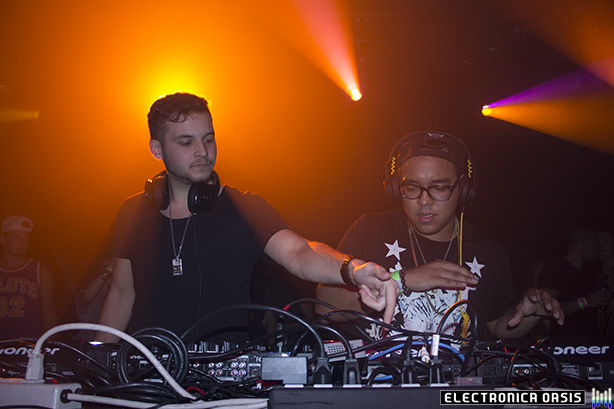 After GTA, the crowd was given a delightful surprise that I’m sure no one expected. Chris Lake b2b with Nom De Strip. They played exactly what you would expect to close the night: dirty, dark beats that almost no one knows. By this time it was getting late, but the crowd at Webster was showing no signs of wanting to leave. When the night did come to an end, the crowd had used up just about all of its energy, and sure everyone was ready to call it a night.

With a nod to their uplifting roots, NYC based Filo & Peri have remixed Tektrix & Vega – Agalia, with both versions now available…