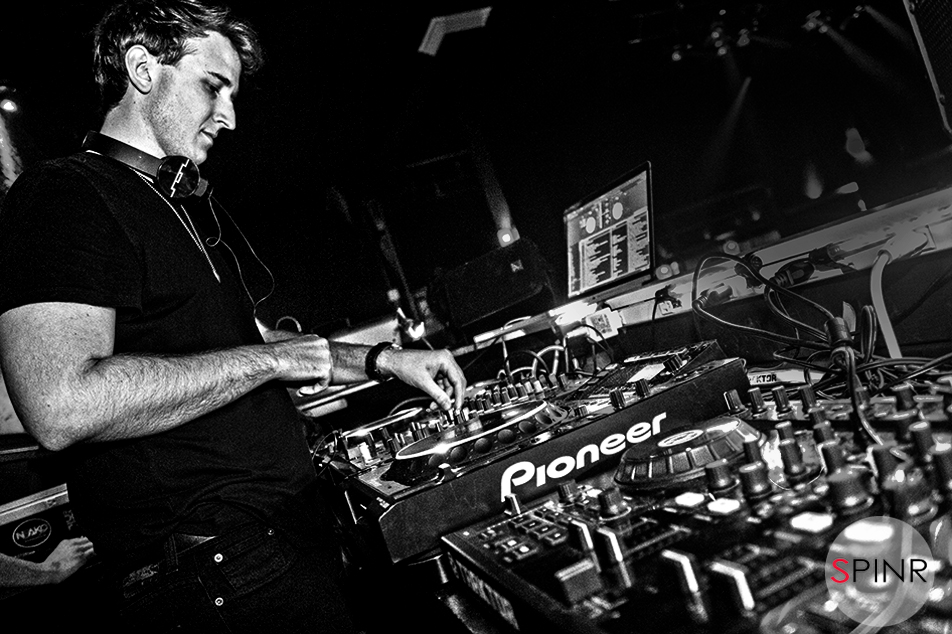 DJ Wonder came on at about 10 P.M. to nearly a packed house and played one of the most diverse and honestly kind of weird sets we’ve heard in a while. Decked out in ‘Dead Presidents’ face paint, DJ Wonder played Trap, Hip-Hop, Metal, classic Baltimore club music, and some bouncy trance. All those different sounds might not go together on paper but on Mischief Night DJ Wonder put on a show. Dog Blood’s ‘Shred or Die’ made an early appearance in his set and lit a fire under the crowd. Despite covering so many genres DJ Wonder’s set was well put together and flowed perfectly.

At 11 the man everyone was waiting for took the stage. When RL Grime came on fans pushed forward to fill the now crowded dance floor. Hip-Hop fans and dance music fans would have been pleased during his almost two hour set. RL Grime brought us the best of both worlds and seamlessly threw them together. He played nearly half of Kanye’s new album and dropped a Chase & Status mash-up. RL Grime made sure to show his buddy Baauer some love by playing his Disclosure remix. The ‘You & Me’ remix stood out as one of the biggest tracks of the night. When midnight struck he hopped on the microphone to wish us all a happy Halloween, and that’s about the time he poured shots of Hennessy for the lucky fans in the front row. Trap staples like Flosstradamus’ ‘Underground Anthem’ and DJ Snake’s ‘Bird Machine’ drew a huge reaction and was a nice change of pace from the Hip-Hop. He did close the night with two of the hardest tracks out right now. He played his ‘Love Sosa’ remix which boomed through the entire venue and then thanked the crowd and walked off stage. After some cheering for one more song he came back on to drop A$AP Ferg’s ‘Work’ remix which lit the place up one more time before they finally kicked the lights on. RL Grime made Mischief Night something special for all the fans who made it out to Brooklyn and we highly suggest checking out The Music Hall of Williamsburg.

Above & Beyond – Small Moments

httpv://www.youtube.com/watch?v=ZsWCFgV4SgY&feature=player_embedded Above & Beyond have always been known as a trance trio that has nothing but pure love for all their fans. With that,…