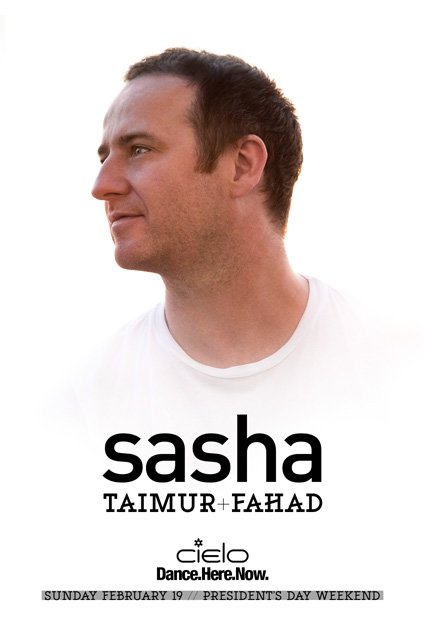 *This review was submitted by my good friend Nicole Palazzo*

I was recently introduced to legendary DJ Sashaâ€™s music within the past year, despite his massive relevance to EDM since the 80â€™s. Â After experiencing his larger-than-life â€œNever Say Neverâ€ boat party on the 4th of July in 2011, I knew from then on that I would forever be a Sasha fan. When I found out that DANCE.HERE.NOW was bringing Sasha to Cielo, the undisputed best party spot in NYC, I knew I had to be there. As the party was completely sold out in advance, my crew and I decided to set off early, so that we didnâ€™t waste any time stuck in a line. We luckily made it inside in time to check out Taimur and Fahad; who are two local DJâ€™s, as well as founders of Blkmarket Membership. This was not the first time the duo opened for DJ Sasha, as they had the privilege before, in November of 2009. Â Taimur & Fahad did not did not disappoint as the entire club was warmed up and dancing by the time Sasha took the decks. Click Read More to hear about the entire evening and listen below to the biggest bomb Sasha dropped all night!

Maceo Plex – Under The Sheets

Sasha has always found a way to stay relevant and true to his music, while most DJâ€™s become stale after reaching stardom. Â There was tangible anticipation for Sashaâ€™s set, and many expected to hear new music from the latest installment of his Involver series. That night the crowd went mad for his set immediately, as Sasha got things going. When I stepped away to the corner of the jam-packed room, it was obvious that everyone in the place was grooving and truly feeling the music. Finding ones self in the middle of a dance floor, and completely lost in the music, is unlike any other experience in the world. As the night continued I noticed Sasha rarely looked to the crowd for a reaction to the music, which is unusual for a DJ. But Sasha doesnâ€™t need to look up to feel that a dancefloor is going wild. That night, it felt like we are all Sashaâ€™s puppets, in a good way. He guided us through a musical journey. Still, every now and then when Sasha would glanced away from the decks, you could see in his smile that he knew the set was aces. He played many notable songs such as Inner Place by Laura Jones; Radionasty â€“ Radio 1; What I do â€“ Burnskis remix; and Under the Sheets by Maceo Plex which made the crowd go absolutely mental (as mentioned above). 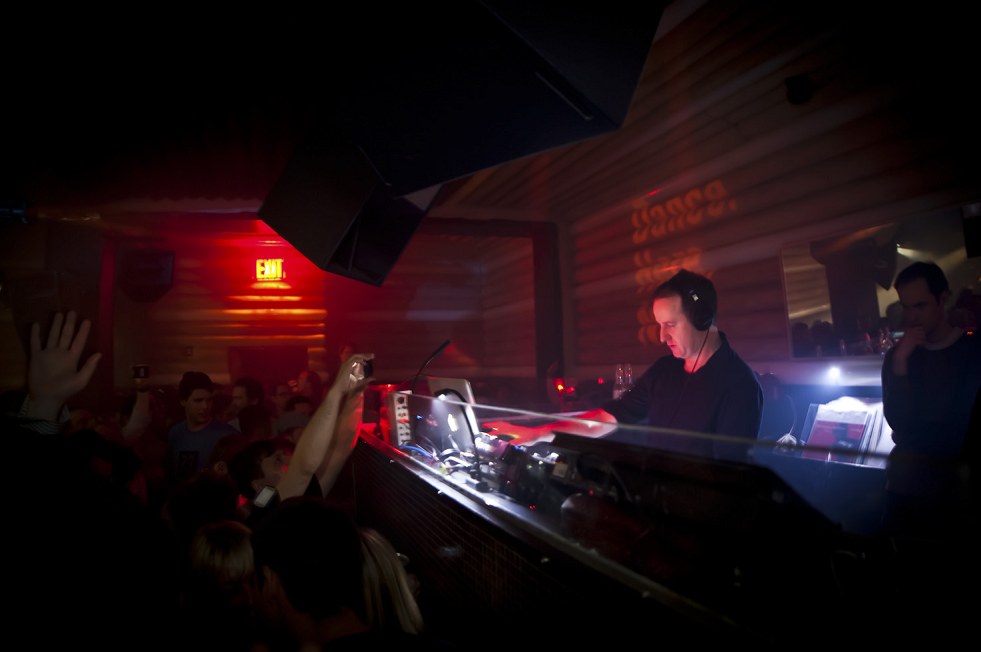 To end the night, Sasha closed with an encore remix of Foster the Peopleâ€™s â€œPumped up Kicksâ€, which was a massive crowd pleaser. Usually at clubs in NYC, as hours pass by, the crowd dwindles down and the dancefloor empties. I couldnâ€™t believe how crowded Cielo was until close. No one wanted the perfect night, and the perfect set, to end. I overheard conversations in the coat check line where people were saying, â€œSasha is back and at his best yet!â€ As mentioned earlier, Sasha has recently become one of my top DJâ€™s, and Sunday night I finally experienced one of those sets that Sasha is famous for. Â New Yorkers would consider themselves lucky to have Sasha take up a residency again, just like the Twilo days. Well done Sasha and hats off to Dance. Here. Now!

One of the most anticipated releases of the summer ‘I’m Hot’ and ‘The Streets’ out now on LouLou Records. Purchase: Beatport