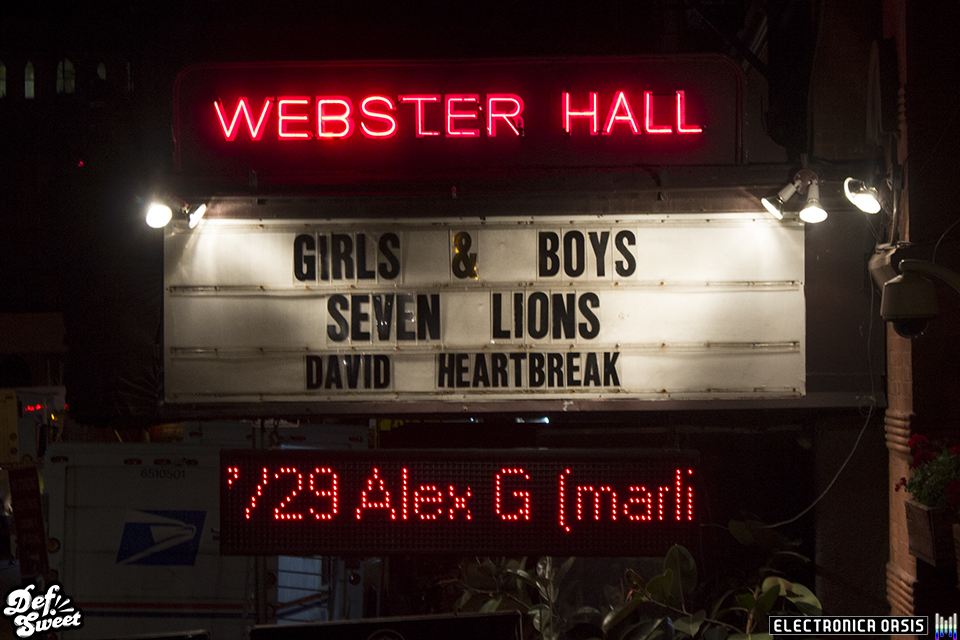 There isn’t a more appropriate way to start off our review of last Friday at Webster Hall than to just state it was hot, packed and sweaty. The masses came together quickly, and before you knew it the main ballroom was filled with rambunctious fans eager for the music of Seven Lions. His supporters have grown to be one of the most established followings in the electronic music community, and the New York chapter showed that this past weekend. 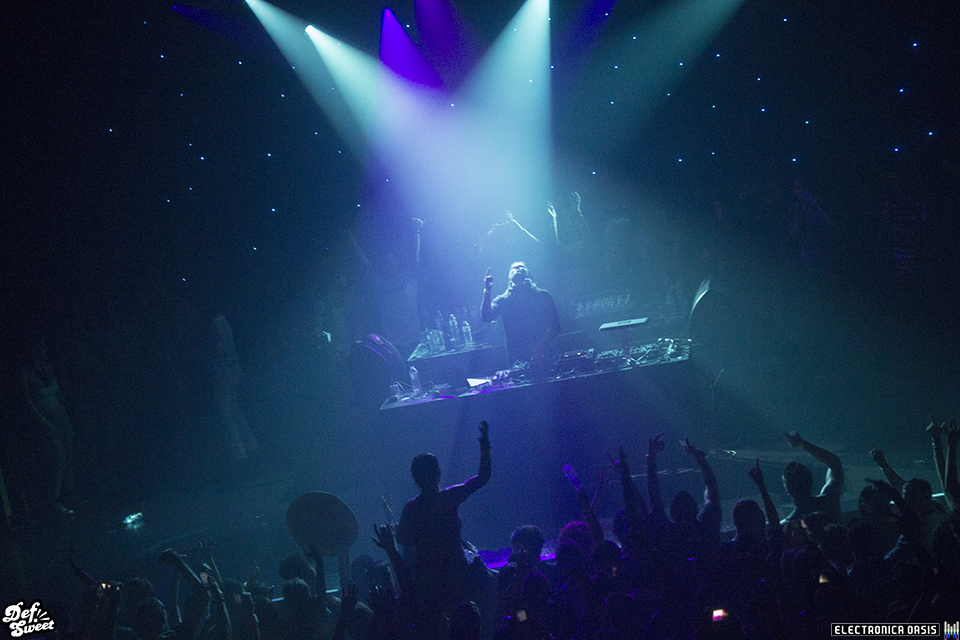 Jeff Montalvo, more commonly known as Seven Lions, took the stage at a little after 1:30am. The combination of the lights, fog machines and steam rising off the sweaty bodies of the party-goers, gave the man of the night a godly presence on stage. He recognized the energy of the crowd, and matched it which was exemplified through his presentation behind the decks. He danced emphatically, and swung his hair like a rock star. He maintained this energy throughout the night by making phenomenal track selections. His monster remixes of Above & Beyond’s “You Got To Go” and “On My Way To Heaven” sent the crowd into an uproar. This ruckus was only intensified when he dropped his massive mix of Tritonal’s “Still With Me.” He steered away from the ordinary, and kept the crowd on their toes with lesser-known tracks like ShockOne’s rocket-fueled heater, “Big Bounce.” The night ended at about 3:15am with an exhausted crowd, and a spent Seven Lions. 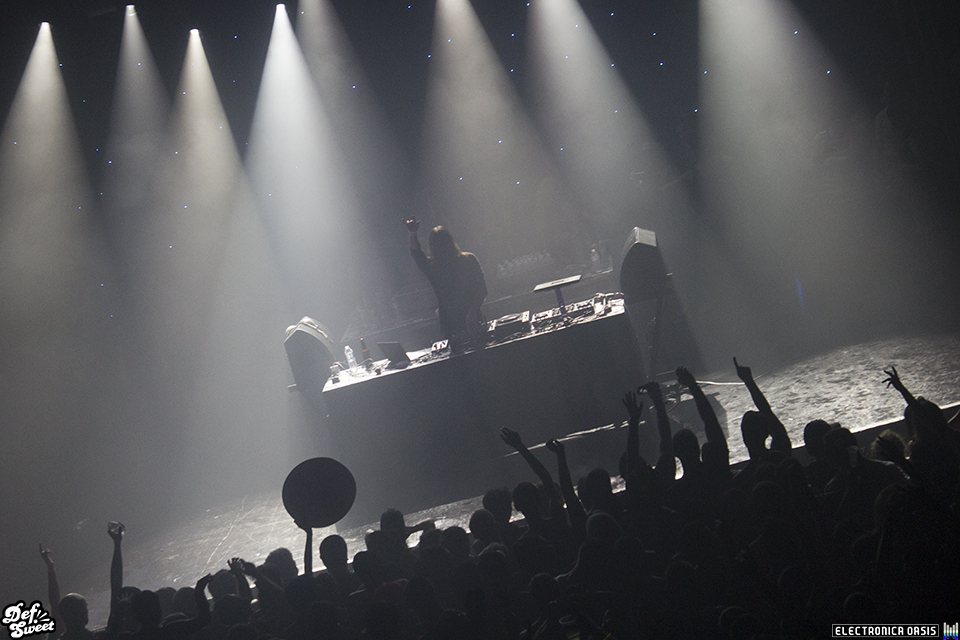 The night met, and exceeded everyone’s expectations. Yes in the beginning it was muggy, and uncomfortable, but when the first note of Seven Lion’s music began playing, all the stress was relieved. The crowd came together as one with massages being given to strangers, and hugs shared with newly-made friends. It was a night comprised of great music, memories made and relationships formed.

Happy Sunday Everybody, I hope you all had an eventful weekend with performances in NYC such as Dash Berlin, Kim Fai, Chriss Vargas at…