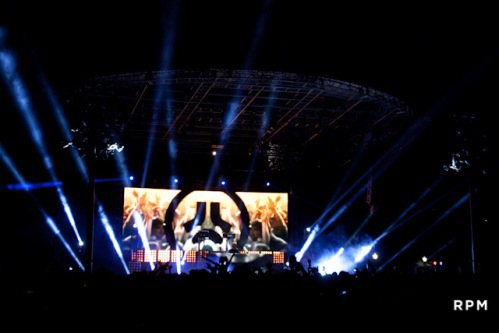 The members of Swedish House Mafia, both collectively and separately, have made it their signature style to create a large splash with all of their endeavors, whether it be their marketing strategies, track productions or venue choices for live shows. Steve Angelloâ€™s Size Matters takeover of New York City (and New Jersey) this past Saturday reflected this commitment to embarking on grand endeavors, bringing together the Size Records label family from across the globe for a rightfully anticipated and well executed triple header that neither inclement weather nor noise limits could impinge upon.

Steve Angello is no stranger to creating a commanding presence on a lauded NYC stage. As one third of Swedish House Mafia, he was a part of the first electronic music event to ever be held at Madison Square Garden last December, bringing the rave to the heart of the mainstream. This time around, he brought his Size Matters crew to the literal and figurative heart of NYC, both geographically and culturally. Rumsey Playground is typically home to a musically diverse bill for the yearly, iconic Summer Stage series, but Angello took it to a new level by creating a mini festival cum showcase for the best that his label has to offer. 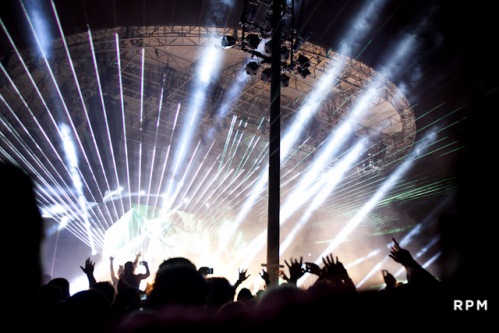 Rising in tandem with the popularity of electronic dance music in the United States have been the glitzy events that come with commerciality. It has seemed like a quarterly occurrence for a glossy media campaign promoting some big-time event. Size In The Park was another one that was either going to boom or bust. Others this year like Cosmic Opera (bust) and EDC NYC (boom) left the foot prints for Saturday’s show. It’s safe to say, for anyone who was horrified by the influx of neon at Electric Zoo (boom,) you were stunned at the sophisticated crowd that turned out Angello’s masterpiece. Only scarce traces of neon puttered about, and there was a pervasive 2008-era feel to the audience–memories of better days.

A touching moment came for Third Party, for whom the Saturday also marked their US debut. The young British duo barely had a social media imprint a few short months ago, but their bootleg of The Red Hot Chili Peppers ‘Otherside’ catapulted their names to the tips tongues around the progressive music realm. Fast forward to March of this year when their collaboration with Cicada ‘Feel’ was arguably the track of Miami and their fate was cemented. Unsurprisingly they played both in Central Park, along with the hauntingly beautiful ‘Thank You‘ featuring vocals from Loleatta Holloway. 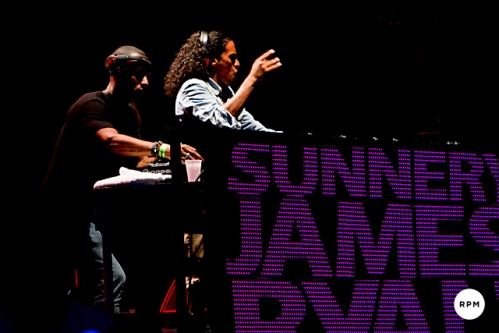 Up next were Sunnery James and Ryan Marciano, who are perhaps the best big-room DJs in the world. Few can DJ a party better than they can. While in recent years they’ve transitioned out of tribal-tech and into progressive, they still flash signs of their roots. Joe Brunning’s ‘Let Me See You Work’ has been their go-to song all year and they led off with it, exciting the beautiful people dancing on VIP couches and the crowd behind them. They didn’t let up from there. It’s tough to say what it is about them – but their obvious enthusiasm for performing and their penchant for dancing along to their rhythmically entrancing beats. 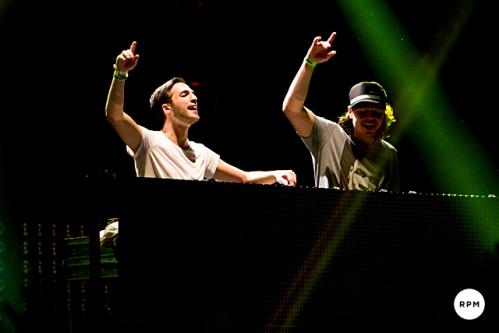 With the grounds fully bathed in darkness, ‘People Of The Night‘ creators AN21 & Max Vangeli took their places behind the decks as the crowd seethed and surged with excitement. Having just released their first collaborative album, which was delayed by months and thus eagerly awaited, it was unsurprising that their track selection heavily reflected the POTN discography. Always a sucker for the album’s namesake track, produced with heavyweight TiÃ«sto, it was a welcome feeling when the first chords became apparent. 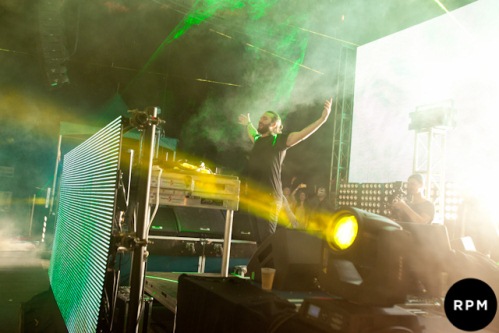 Yes, Angello played the songs we all expected, but he had the crowd in his hand and that has to be respected. The sun had been down for an hour by the time he went on around 8:30 and that’s about the same time the sky opened up. A steady rain interrupted our stroll in Central Park, but it only added to the experience. Thousands of New York City’s most in-touch progressive fans were drenched as songs like ‘Bong’ and ‘Fire Like This’ played. In an ode to fellow SHMer Sebastian Ingrosso, Angello played his new track with Tommy Trash ‘Reload’ through the shimmering rain, creating a glittering light soaked visual treat.

Above & Beyond are bringing the biggest event in their calendar, the annual ‘Group Therapy’ live radio broadcast, to their home town of London….