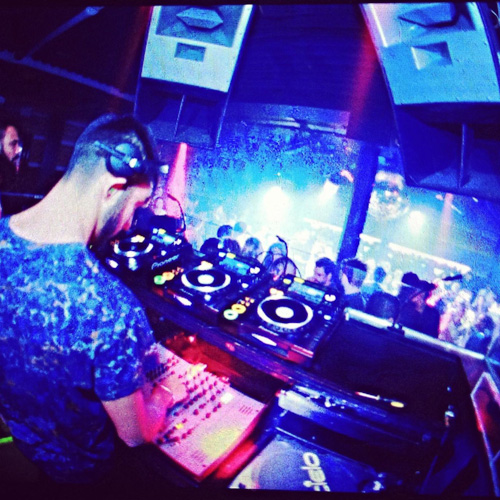 Thursday nights at Cielo are something else, the perfect night out that’s not on the weekend. For those lucky enough to party until 4am last Thursday night, Subb-an certainly delivered with a smooth set of heavy house tunes and techno beats, never settling for less than what the crowd deserved. The famous Funktion One sound system lived up to the challenge, providing the clear, distinct sound that this style of music requires to have the best effect.

A gem of the New York nightlife scene, the club also usually provides an open vodka bar from 10pm to 11pm on Thursday nights, which we highly recommend taking advantage of. When we arrived just after eleven, there were already a few brave souls on the sunken dance floor moving to the beats of DJ Simon Heyliger, who was celebrating his birthday by opening for British DJ Subb-an. Subb-an has risen quickly through the ranks in the last few years and, while he does not have the history of some other prominent tech house DJs to back him up, his music has a maturity to it that sounds timeless. His stand-out productions, such as single ‘This Place’ from 2011, are catchy creations with groovy melodies that harken back to earlier days of house. Because of this, Subb-an feels as if he has been around forever, when he only recently won the Best Breakthrough DJ for DJ Magazine‘s Best of British 2011 awards.

His experience with live production and DJing meant he crafted a set that was filled with subtle lifts and drops, along with quirky surprises that moved the music from soulful to mysterious as the night went on. Thursday night at Cielo brought out the perfect crowd, from off-duty models to gray-haired shufflers, but the club never felt packed. Instead, it was just right. Subb-an had us dancing from when he first took over around 12:30am until we finally had to leave from exhaustion.

But we left happy, and with a new favorite tech house producer. If you have the chance to see this young DJ on the road at his , we highly recommend checking him out. Just this weekend, he finished sets at TomorrowWorld and Beyond Wonderland. We hope he returns to the States soon!

New York City’s own Lana Del Rey is slowly becoming the most sought after voice in dance music. Her smoky sound has been the…