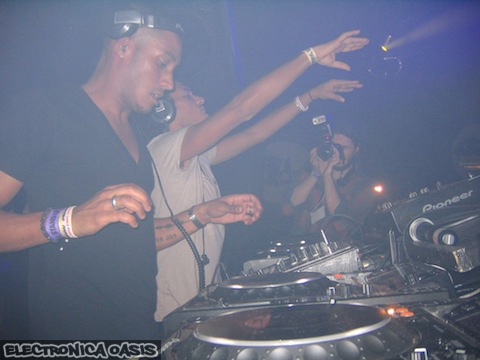 Not sure how to begin this review, I’m still in shock from the peak hour set that Sunnery James & Ryan Marciano unleashed at Pacha Friday night. Closing the club for Dirty South, they started their set around 3am playing for a packed room the entire night, and when I left at 6:30 they were still dropping bombs like it was nobody’s business; you can’t ask for much more than that.Â I also got the privilege to interview these guys before the show and talk about New York City, some new tracks, and recent gigs. Click “Read More” below for entire review including videos, photos, and tracklist description.

Electronica Oasis: How’s your stay in New York been? You guys have been tweeting some ridiculous pictures…front row at the Kanye West/Jay-Z concert at MSG, how was that?

Sunnery James & Ryan Marciano: Yeah we love New York, it’s a great city and we always get a crazy crowd that’s up for anything. The concert was awesome we were lucky enough to attend thanks to Kanye, it was a really awesome experience! 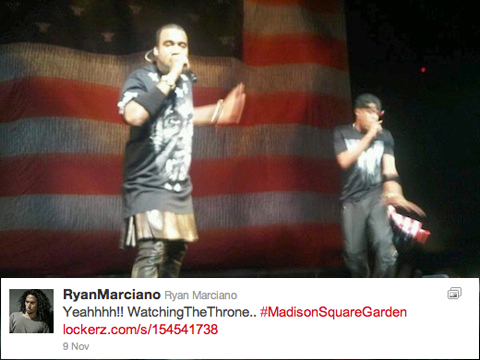 SJ&RM: This year was big for us at ADE, it’s our hometown so we got to play for all our friends and fans from Holland which is always tons of fun and the response was incredible, amazing energy all night. But when we ended our set, we didn’t want to stop. We looked at each other and we’re like – that’s it? We wanted to keep going and going!

EO: You guys have had some major releases on labels like Size, Mixmash, and Subliminal all of which really showcase your unique production style and consistently powerful tracks…what do you envision when you’re in the studio making music?

SJ&RM: Our tracks are very much designed for our sets. We love to visualize how a crowd would react to a certain drop…having fun in the studio is essential and it’s what helps us be creative.Â For example, when we were recording the studio preview for our remix of Tiesto & Diplo’s ‘C’mon’ our camera guy had a hard time dealing with us! (laughs) It’s very much about producing music that we enjoy playing. 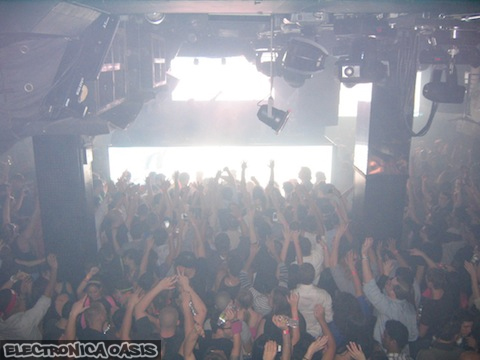 EO: Speaking of studio work, you guys have a new track ‘Lethal Industry’ coming out. I understand it’s an edit of the original track from Tiesto. It’s the first official remake of any of his productions, how did that come about?

SJ&RM: The track is amazing, a real classic – the only problem was that it’s a trance song and our sets are primarily house and heavy grooves. So we decided to make our own edit in order to play it when we perform. It came out really well and eventually got sent to Tiesto, who liked it so much he gave us his approval to release it as our own. It’ll be out soon on Spinnin’ Records.

EO: Pacha has been a real hotspot for your trips to New York, playing with Avicii and Dirty South…you’ve just been added to Laidback Luke’s Super You & Me NYE party. I gotta ask, any ideas for costumes just yet?

SJ&RM: We’ve actually given this a bit of thought…we’re thinking Blue Brothers! Maybe have some kind of crazy intro to start our set. 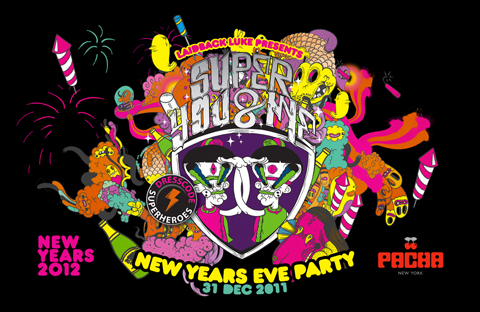 EO: Traveling is essential for DJs, what’s something that you simply cannot travel without?

Sunnery: Hmmm, I’d have to say twitter, can’t go without it. I’m constantly using it on my phone, it’s nice to be able to stay connected to our fans – it’s a necessity!

Ryan: Well, I guess you don’t need me around anymore. (laughs) For me I’d have to say my hairband…if I don’t have one, you’ll never know what’ll happen – flights could be missed! haha 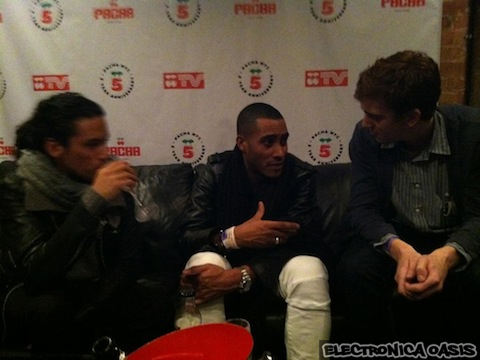 Thanks again to Sunnery James & Ryan Marciano for talking with Electronica Oasis!

After the interview and Dirty South’s set it was time for Sunnery James & Ryan Marciano to take over. Starting off with a bootleg of ‘Tribeca‘ and ‘Rolling In The Deep’ it was a sign of good things to come. Followed by ‘The Trumpter’ Chocolate Puma remix and ‘Camorra’ from Nicky Romero the energy in Pacha did not drop at all, if anything people might’ve been going harder.

The absolute highlight of the night was their new track ‘Lethal Industry’ which you can watch above in the interview…the build just teases and teases until you hear those gargantuan synths engulf the entire building. There were also a lot of sick bootlegs throughout the night: Afrojack’s ‘Bangduck’ took on Fedde Le Grand’s Miami anthem’Amplifier’, Sebastian Ingrosso & Alesso’s ‘Calling’ received vocals from David Guetta & Afrojack’s ‘Louder Than Words’, and the dominating ‘Epic‘ from Sandro Silva & Quintino was hidden amidst the build of Dirty South’s remix of Diddy/Dirty Money ‘Coming Home’.

Some other notables also ranged from Funkagenda’s ‘Astana’ to David Tort’s remix of ‘Kalifornia’ by Norman Doray. Sunnery James & Ryan Marciano’s remix work also destroyed the main floor, their tribal remix of ‘Paris Luanda’ got dropped sometime around 5:30, and their take on Tiesto & Diplo’s ‘C’mon’ was blaring well past 6am…almost forgot how good that one was! To top it all off, they even decided to drop Ni**as in Paris from Kanye & Jay-Z just for good measure. Overall one of the craziest sets I’ve ever seen, all I ask is that they come back to New York as frequently as possible. New Years Eve is going to be absurd…make your plans now, these guys don’t disappoint.