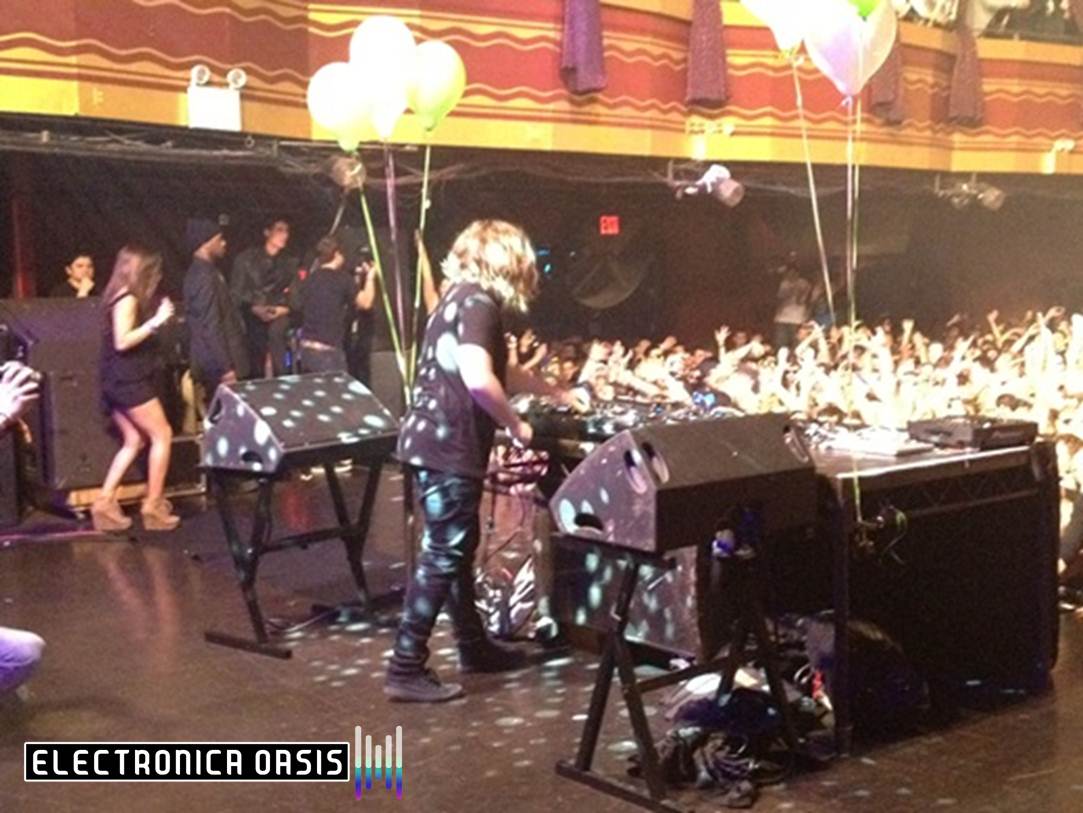 Tommy’s wild appearance (think lion-esque with a mop of wavy hair) was only enhanced by his enthusiastic and emphatic head-banging throughout the course of his set. The room was already buzzing when Tommy came on stage, opening with his 2011 production ‘Monkey See Monkey Do,’ which quickly slid into Skitzofrenix & Jeff Doubleu – Rushin’, which hit all the right spots with it’s robotic acid thumps. Another favorite of Tommy’s sets, Avesta – Arena, soon followed and then the crowd completely erupted when the first bars of Dada Life – Kick Out The Epic Motherfucker started vibrating out of the sound system. 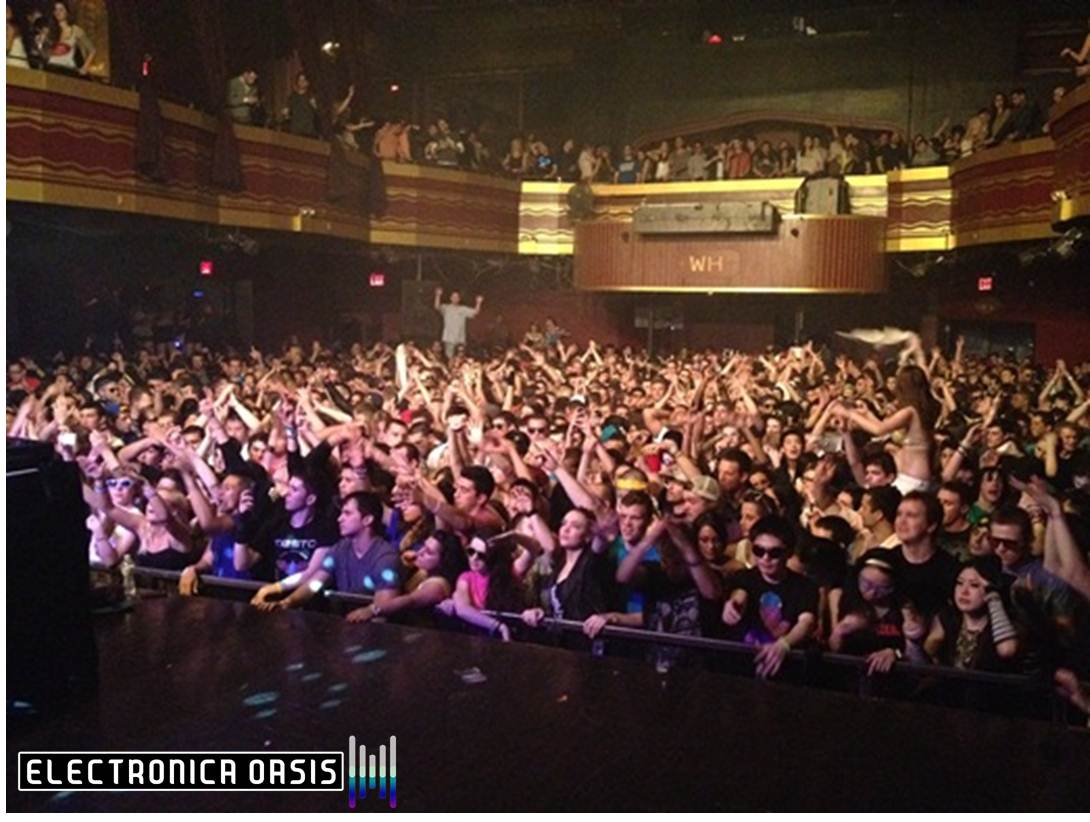 Tommy’s tracks and remixes have a recognizable and unique vibe, marrying big room electro sounds in a noisy, obnoxious and utterly addictive way. Where R3hab assaults with an abrasive chainsaw, Tommy employs distorted accordian-esque chords with successful precision. His remixes of ‘Antidote‘ and ‘Ladi Dadi‘ far eclipse the originals, to the point where there is no reason to have the un-remixed version. He truly hit gold with his remix of John DahlbÃ¤ck – One Last Ride, released last year and at Webster Tommy put a touch of The Killers – Mr. Brightside into the intro, leading to a sing along for all.

Tommy has even managed to infuse new life into Nicky Romero’s banging progressive masterpiece ‘Toulouse,’ which is definitely not an easy feat considering the welcome reception of the original, but which fell upon expectant and happy ears at Webster. Then of course, the crowd went insane for Nari & Milani – Atom, the hands down #1 track for dance music post-Miami.

Even though the place was packed to the brim and aggressively steamy, it appeared as if not a soul left till the very last, with Tommy mashing his ‘Future Folks’ with vocals from Justice – We Are Your Friends and then his bootleg of Gotye – Somebody That I Used To Know and ‘Cascade‘ with shouts of ‘Put Ya Fuckin Hands Up’ courtesy of Lil’ Jon.

Tommy’s Girls & Boys appearance could have been deemed the official seder after-party, or perhaps pre-Easter pre-game. Either way, the sweaty gyrating pit seeped energy like a bubbling volcano. The molten force was enough to make the whole room shake. Come back soon, Tommy Trash!

There are a few essential ID’s from last night’s Swedish House Mafia performance at Madison Square Garden. This would be one of them. Alex…