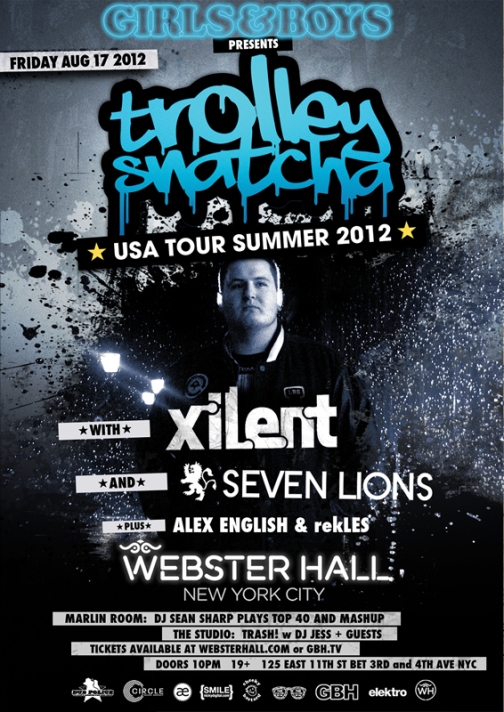 Last Friday nightâ€™s Girls & Boys show at Webster Hall was certainly a cornucopia of bass, as the legendary space welcomed Trolley Snatcha, Xilent, and Seven Lions to their decks. The Dubstep faithful braved some heavy downpours to take in some equally substantial bass. Though each man had a unique sound and style, all three sets took the audience on a remarkable journey of sound. 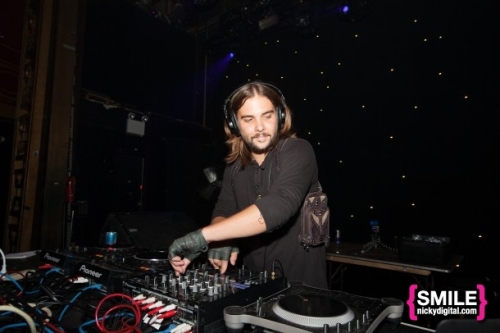 California native Jeff Montalvo, aka Seven Lions, has been generating a lot of noise over the last half year and rightfully so. The 24 year old producer, whose background includes playing in punk and metal bands, made a huge splash when he won an official remix contest for Above & Beyondâ€™s â€˜You Got to Goâ€™. Montalvo is part of a very small group of individuals who are pioneering a new Trance-Dubstep sound, one that still incorporates dense bass and glitches but also includes melodic and mesmerizing synths and/or vocals.

Seven Lions undoubtedly showed the crowd on Friday that melodious and heavy are not mutually exclusive, as he played a set mixed with originals and remixes, most notably of songs across multiple genres (Florence and the Machine, Matrix & Futurebound). A definite highlight was the track â€˜Isisâ€™, off his EP â€˜Polarizeâ€™, which includes middle eastern sitar-like riffs, hypnotic vocals and an almost contradictory rumbling bass; hearing it live in the grand hall was nothing short of spectacular. By the time Montalvo had ended his set with his famous A&B remix, he had surely won over those who were unsure of his trailblazing style, and illustrated why he is slated to work with artists from Anjunbeats and Armada in the near future. 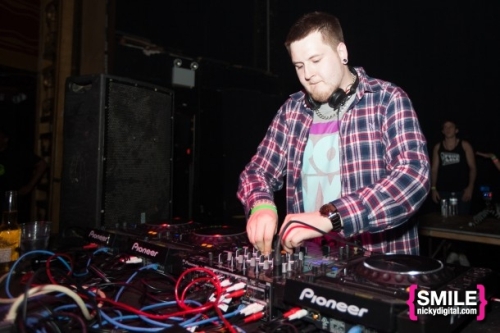 Having just graced the Webster stage in February, UKâ€™s Trolley Snatcha arrived with his book of CDs ready to rain bass on the energized dance floor. He wasted no time breaking into the heavy stuff, dropping crowd favorites like Emalkayâ€™s â€˜Fabricationâ€™ and Caspaâ€™s remix of Buraka Som Sistemaâ€™s â€˜Hangoverâ€™, fitting as Trolley Snatcha is signed to Caspaâ€™s label, Dub Police. Similar to Seven Lions, Trolley Snatcha has a diverse musical background, having produced D&B under different aliases and performing alongside artists of multiple genres. This assortment of influences was apparent in his transitions, as he smoothly progressed from Moombah to Dub to D&B to Electro, all with CDJs; at one point he even followed Neroâ€™s â€˜Crush on Youâ€™ with a jungle track.

Anyone who is familiar with Trolley Snatchaâ€™s EP Subtext, which was released earlier this year, knows that he also dabbles with soulful funk features, which can be heard on the EPâ€™s â€˜Giving Upâ€™, as well as on his current hit, â€˜Make My Whole Worldâ€™, which was undoubtedly a highlight for many that night. Although he suffered some technical difficulties throughout his set, Trolley Snatcha was never fazed, and pushed on with his jolly disposition, whether laughing through the drops or speaking to the crowd. Overall his ability to maintain a very heavy underlying bass while taking the audience on a voyage across many genres was impressible; donâ€™t be surprised if he continues to blow up, especially on this side of the pond. 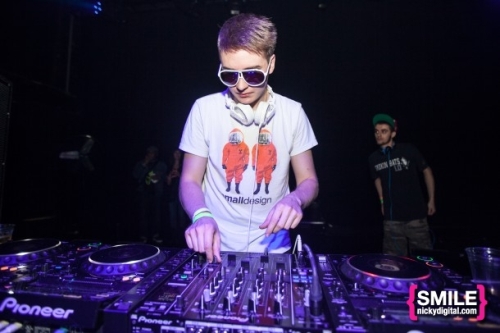 As 3:00am rolled around, Trolley Snatcha handed the reigns over to Xilent with a hug, another young up and coming producer with a distinct sound. The Polish born Eryk Kowalczyk, who hails from a family of musicians, is currently a university student in Scotland studying sound production, which was clearly demonstrated with his smooth transitions on CDJs as well. Given his genetic propensity towards music, itâ€™s no surprise that Xilent has been composing since he was a child and already has multiple EPs under his belt.

Though he specializes in D&B, Xilent started his set off gradually raising the BPMs, masterfully building off the Dub foundation that Trolley Snatcha had laid. But soon enough he was breaking the 160s with his remix of Hadouken!â€™s â€˜Bad Signalâ€™, followed by the huge Dirtyphonics remix of Krewellaâ€™s â€˜Killin Itâ€™, which lead into Tantrum Desireâ€™s â€˜Reachâ€™ and seamlessly into his own remix of Sub Focusâ€™ â€˜Out the Blueâ€™. Similar to Trolley Snatcha, Xilent swayed between D&B and dubstep, switching it with up Knife Partyâ€™s â€˜Centipedeâ€™ and even closing out his set with Alvin Riskâ€™s demonic remix of Kaskadeâ€™s â€˜Eyesâ€™.

What was extraordinary about the evening as a whole was that each producer was entirely possessed with the music, whether they were singing along, or dancing or pointing at the crowd. During a point in Xilentâ€™s set, Seven Lions emerged on stage, taking in the performance while smiling during drops. Overall each DJ made a lasting impression on the crowd, and those who were fortunate to be there perhaps witnessed
three men on the verge of something big. 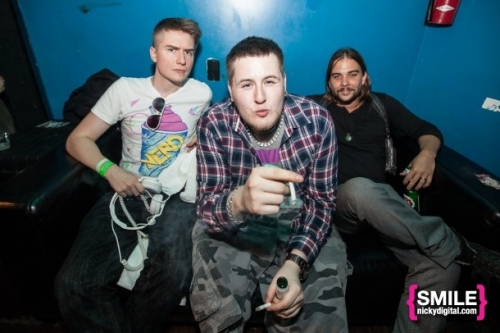 When Noir & Hayze collaborate you get original tracks like their classic ‘Around’ and most recently ‘Angel’. Both unbelievable tracks. Although I must say…