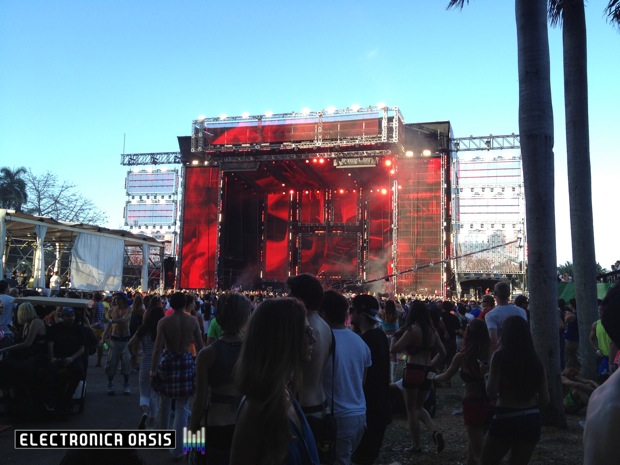 Well, we are back from Miami, perhaps worse for the wear but with the knowledge that EO put electronic music first and foremost and sleep on the back burner. But, is there any other way? The sheer number of opportunities to hear stellar music was overwhelming, between club nights, pool parties and Ultra itself there was little time to sit down and reflect. After a wild night at Amnesia with Gregori Klosman, Chuckie and Belgian brothers Dimitri Vegas & Like Mike, the team headed to Ultra, located on the scenic waterfront, to take in the eight stages of musical madness and genius. Take a look at the first day’s coverage! 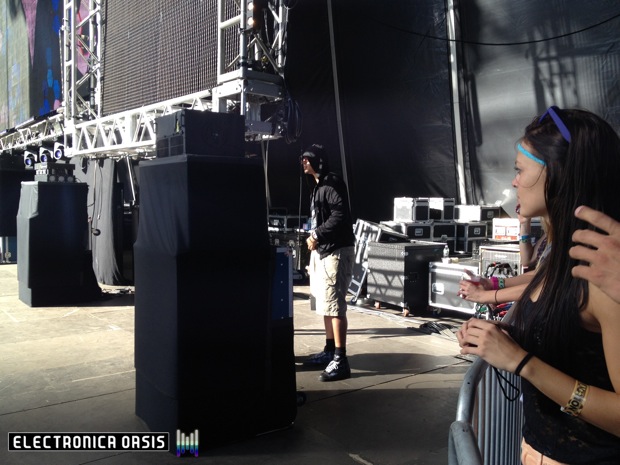 
Full coverage after the jump!

Tommy Trash took the Mainstage barefooted and tousle-haired as the second act of the day. Best known for his prolific and breathy remixes, he played some of classics during his hour-long set, most notably Steve Aoki feat. Wynter Gordon â€“ Ladi Dadi (Tommy Trash Remix), which in our opinion blows away the original. Of course there was a taste of Nicky Romero â€“ Toulouse (Tommy Trash Remix) and also Dirty South & Thomas Gold â€“ Alive (Tommy Trash Remix). No doubt Tommy’s set touched upon the biggest names, along with attracting another star lurking backstage – the Dutch big man Afrojack himself!

Oh Martin Solveig, your headband will never get old. Prior to his set the Frenchman could be seen stretching his quads, almost as if he were getting ready for a legitimate sporting event (tennis anyone?) Perhaps Ultra could be considered a marathon of sorts, which Solveig contributed to by playing a mix of his own tracks, including the Martin Solveig feat. Kele – Ready 2 Go (Hardwell Remix) and Martin Solveig feat. Dragonette – Big In Japan (Les Bros Remix), along with some current big room winners like Arty & Matisse & Sadko – Trio. In fact, Solveig’s set was a vast improvement over his showing at Pacha a few months ago which left us wondering, but he truly destroyed the crowd Friday.â€‰ 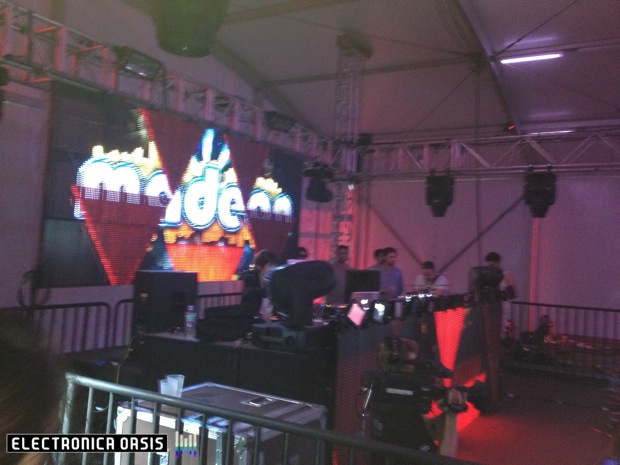 WOW WOW. Madeon may be high school aged, but he produces adult appropriate bombs. After seeing his American debut in NYC Halloween weekend, this set came with high expectations and boy did he meet them. Opening with his recently Pete Tong approved remix of Martin Solveig – The Night Out, the tent just reached greater heights with each track. Another favorite was Skrillex & The Doors â€“ Breaknâ€™ A Sweat (Zedd Remix), which is just a stellar original and remix, derived from the RE:GENERATION documentary which all good electronic fans should watch right NOW on Hulu. Recovering from the heat in the tent brought us just outside where the resting dancers were Shazaming the current track, and we kindly alerted them that indeed they were listening to perhaps Madeon’s most iconic track, his remix of Deadmau5 â€“ Raise Your Weapon. You’re welcome, ladies. 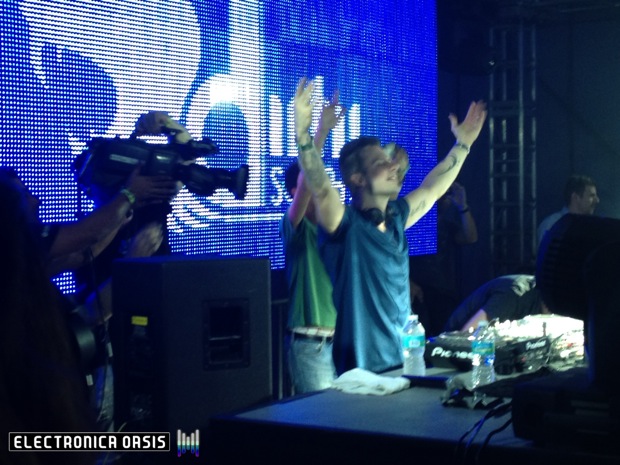 Australian producer Dirty South has been on quite the nice roll lately. He recently signed Haitian Ã¼berkind Michael Brun to his Phazing Records label, whom DS invited to join him onstage when his edit to Brun’s new single ‘Rise.’ A master of the bootleg, Dirty South also choose Nari & Milani â€“ Atom vs. w/ Syndicate Of L.A.W â€“ Right On Time, a combo of two EO faves. Then, who can forget the epic Sebastian Ingrosso & Alesso â€“ Calling vs. Dirty South feat. Rudy – Phazing (Dirty South Bootleg). Forget about the main stage, the UMF Korea Tent was where it was AT for the first day.