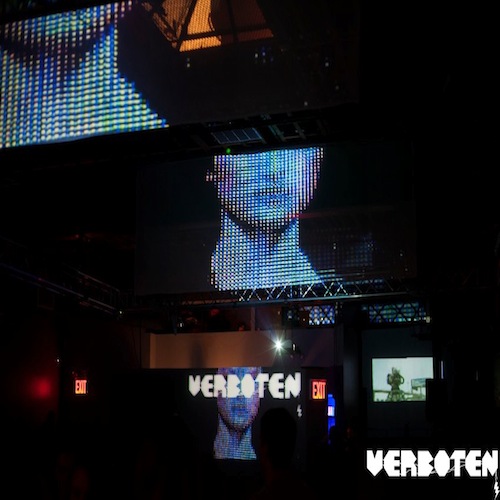 This past Friday, Verboten treated an intimate crowd to the sounds of three brilliant Frenchmen known as Apollonia. The reputation of Shonky, Ghenacia, and Dyed Soundorom has been rising day by day as a trio as well as a label – shining together in the Dance Music world since their triumphant beginning on Freak ‘n’ Chic. Three DJ’s that are known to demolish the dance floor solo came together and brought a little taste of their Ibiza season to Brooklyn, NY!

Starting the night off was the birthday girl of the evening – Niki McNally! Hitting us with a groove that flowed just right in the barely lit warehouse environment. The crowd inched closer and closer to the stage as they vibed with the tunes that were just the beginning. Hours past and everyone has yet to stop dancing, McNally’s set begins to come to a close as she leaves her audience with a refreshing tune that coincided perfectly with Apollonia’s upcoming style. 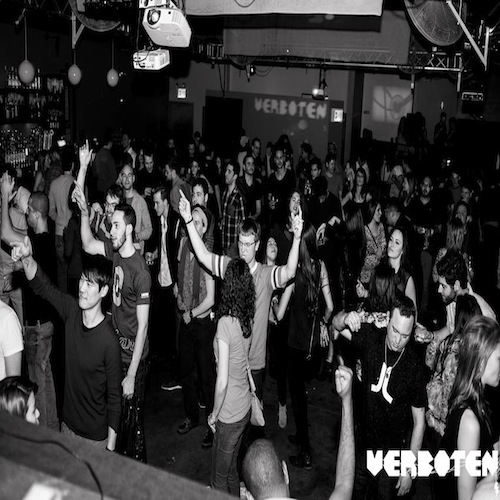 The trio hit the decks circa 2am with what seemed to be an endless supply of vinyl! Traditionally, a trio are all on the decks at the same time but with Apollonia there was a rotation making the performance more interesting to watch. As the night progressed, you could hear the differences in their styles and could conclude why they meshed so well together. Each playing one record fully through then switching – they graced us with an extended set that lasted till the wee hours!

It was a night filled with hearing a taste of what Apollonia was really about as we heard tracks with catchy bass lines that will forever haunt us. Along with the music, the excitement was lead by applause at times when they were switching off – which tied along swimmingly with the high moral of the night. Apollonia set the vibe for the night perfectly, completely feeding off the crowd. Before we knew it, clock had struck 5am and the party was still on. Everyones was in a trance as they danced to golden tracks, such as Dyed Soundorom’s remix to “Sunday Gathering”, and laughed amongst their circle of friends. It was the climax of their set, and there was not one person sitting down. Apollonia had construed a groove that the crowd had basked in and were absolutely wanted more.

As always, all good things must come to an end, but thankfully our nights end around 6am! Verboten had (once again) enlightened us with a night filled with wonderful music provided by DJs that many of us had wanted to see. Of course, in an intimate setting that made the night more special. 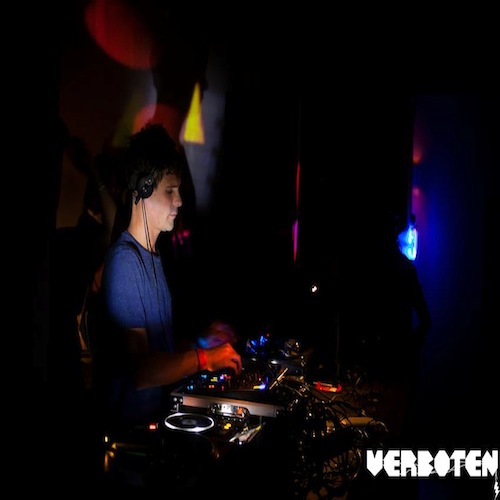 Swedish DJ Sebjak and Denmark’s own Mike Hawkins who is on the rise to international stardom, have collaborated for a second time for their…