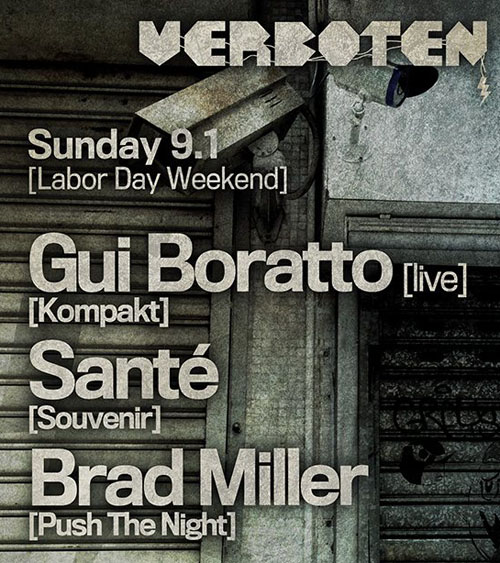 After heartbreaking tragedy shuttered the gates of Electric Zoo on Sunday, festival goers and the like sought refuge at numerous after parties, still hoping to get their dance fix. While official after parties were the prime target, the iconic Verboten lightning bolt still shined brightly.

Coming off the heels of his recent “Too Late” EP, Boratto was on top of his game. The Brazilian masterfully navigated through his time in the booth, diving into some of the dreamier sounds he is known for, while also straying from his usual repertoire.

Added late to the bill, Sante was the surprising finish to the night, delivering quite possibly the best set of the night. Those left in the crowd were locked in until the lights came on.

With all there is going on in the city on a given weekend, Verboten consistently has some of the best parties around. Verboten returns to the Highline Ballroom this Friday with another strong stable of performers. Check out more details here.

Two Fridays ago we were back at what’s been our favorite party all summer, Girls & Boys at Webster Hall. After so many amazing…