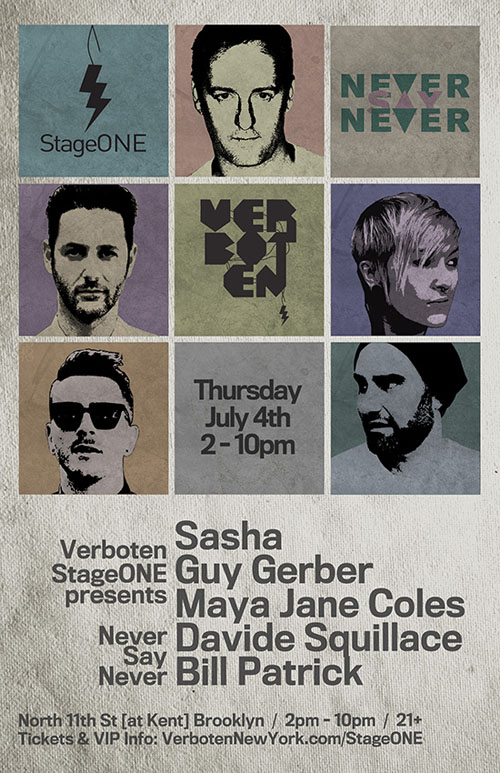 Imagine the East River & Manhattan skyline behind you and a loading dock in front of you. Pepper in tents, food, games and a general festival atmosphere to the music of some of the finest deep house and tech DJs and you have Verboten’s creation: Underground 4th of July at StageONE.

With names like Davide Squillace, Maya Jane Coles, Guy Gerber and the party’s master of ceremonies, Sasha, you’d be hard pressed to argue against attending. The day lived up to and breezed passed expectations. Full review after the jump!

Yes. Tickets were going for over $70 leading up to Independence Day. But, you’re not paying for the glitz and glam of the “EDM” scene. You were entering the rising realm of the underground.

Brooklyn has established itself as New York City’s underground hub over the last few years. So, it seemed fitting that it was Verboten’s headquarters for the holiday (a stone’s throw from Output, of course.) Williamsburgh gets deep. 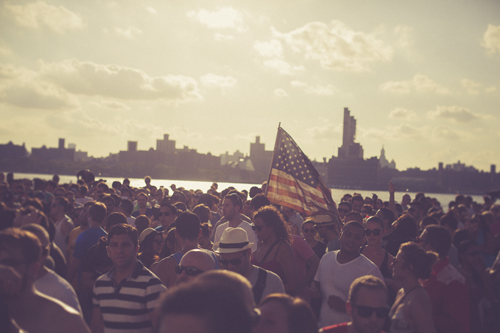 Photo credit: Oliver Correa
The sun was strong and the vibes were hot. Upon entering you were surrounded by some of New York City’s sexiest people. Scantly clad, tattoo’d and sunshaded. The lack of electric green, yellow and pink was refreshing. Check your neon at the door when you get on the L train.

The veritable Mount Rushmore of DJs was preceded by the sole American to perform that day, Bill Patrick. A solid commencement was underway as the crowd made its way onto the asphalt dance floor. Patrick sparked it with tracks like ‘1000 Tones‘ and ‘Planet Brooklyn.’ Patrick has made a solid career surprising the underground with his opening sets.

Squillace lined up next and delivered as only Italians do. Probably the most back-and-fourth between tech and deep house of any DJ that day, Squillace quaked the dance floor when he played Breach’s ‘Let’s Get Hot.’ You’d think that would be the biggest song of the day, and, most days it would, but today, no. He also fired the swaying crowd with Nic Fanciulli’s ‘People Say‘ remix–a must listen. Squillace left the decks close to 5:30 p.m. as he made way for the much anticipated Coles. 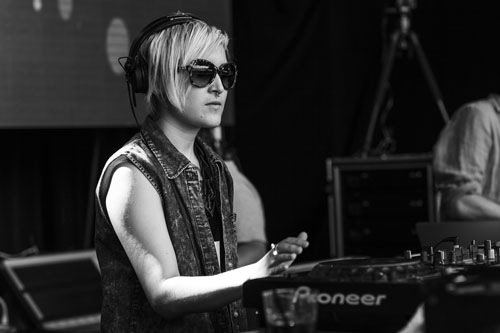 Photo credit: Oliver Correa
Coles is a world-class DJ and producer, no doubt, but the song selection she spun out for the midday set, was not translatable to all. Yes, the crowd danced and swayed appropriately, but she did underwhelm a bit. Not the vocal-laced, groove-set she supplied this past spring when she visited Highline Ballroom. She did, however, have the best set of the night at the afterparty (also at Highline.) Maya comes out at night. 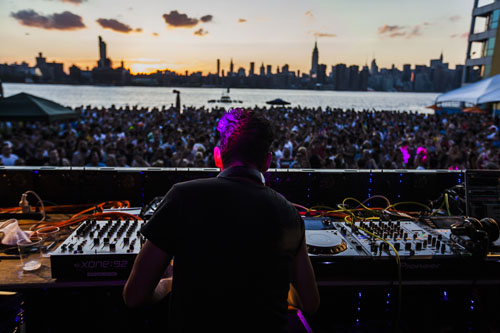 Photo credit: Oliver Correa
Gerber, second only to Gui Boratto, is perhaps the best opener for Sasha. Gerber used his time well. Flashes of Ibiza came across the crowd as his deep, new wave house carried across the crowd and Manhattan skyline in front. ‘Claire‘ echoed across the East River to the masses approval. 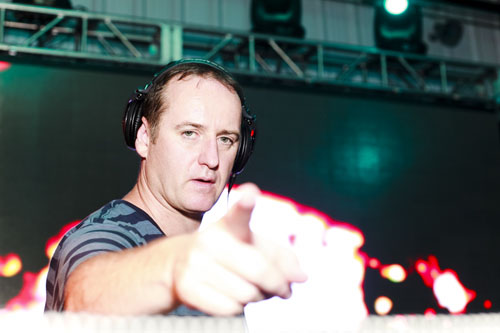 Photo credit: Oliver Correa
Sasha came on as the sun was nearly down at 8:30 p.m. He took the reigns of his party and took New York City into a different corner of the underground. His dreamy sound is duplicated by others, but can never be truly mastered. He did what he did best, uplift you into a deep trance. Few can span genres the way Sasha can.

The most unforgettable moment of the day came shortly after 9 p.m. when the sun was set and the Manahattan skyline, across the East River, was lit. The Macy’s Fireworks display on the Hudson River was in full display from the Williamsburgh Waterfront (lucky enough.) This happened:


Traumer’s ‘Sofa‘ will likely be Sasha’s pinnacle track of the summer. It’s fit for a yacht on the Mediterranean or down and dirty in New York City’s darkest nightclub. The beautiful arrangement defined the night.

As many a parties that took place on the 4th, you’d be hard-pressed to find one as live as this.

Don’t say ‘never’ again. Verboten will look to recreate this beauty July 27 when Luciano and Carl Craig come to Brooklyn. But until then, here’s a little something from Carl Craig to hold you over.

There is something for every taste and persuasion in this unexpected new release from Australian duo Yolanda Be Cool. The official music video, released…