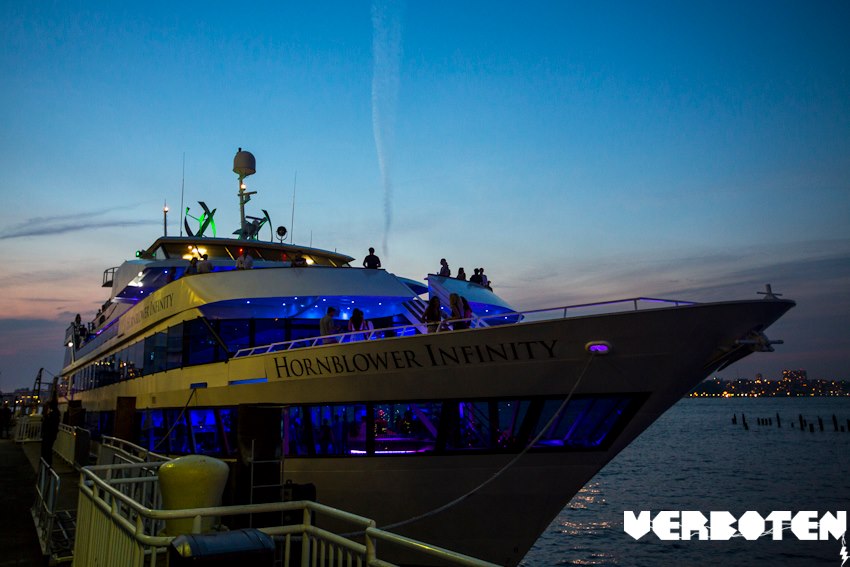 When Verboten announced this event a couple weeks ago, regular attendee’s of their parties knew that they were in for quite the treat. Not only was it on a yacht, but the talent was unstoppable – it was Jamie Jones & Lee Foss coming together as Hot Natured! NYC has been itching for their return since the duo was last in town – now along with other members of the Hot Creation’s crew Infinity Ink, Robert James and Richy Ahmed as well as residents Rami Deeyjay and Mike Fisher.

Upon entering the yacht, there was a massive line that extended down Pier 40 for what seemed to feel like forever – you could sense the excitement as you got closer and closer to the monumental Hornblower Infinity. Once you finally made it inside, the possibilities were literally endless. There being three floors, Verboten guests found themselves exploring all around from the top of the boat (which had great speakers set up to continue the musical experience) to the main floor also known as the ‘Leedo Deck’. Once you found yourself in the middle floor or ‘Fiesta Deck’, the entertainment continued as resident Rami Deejay hit the decks right at 7:30. Easing us right into the highly anticipated UK duo, Infinity Ink, who did a more than stellar job of getting the crowd to groove along with the sway of the yacht. Interacting and vibing with the audience is key, Luca C and Ali Love did this and more as they presented us with top notch tracks such as Jamie Jones’ rework of Cajmere’s timeless ‘Percolator’. At the climax of their set, they hit the crowd with Catz N Dogz’ “Bring Me That Water” – which made almost every person around me jaws drop down to the floor as they let the track sink in. 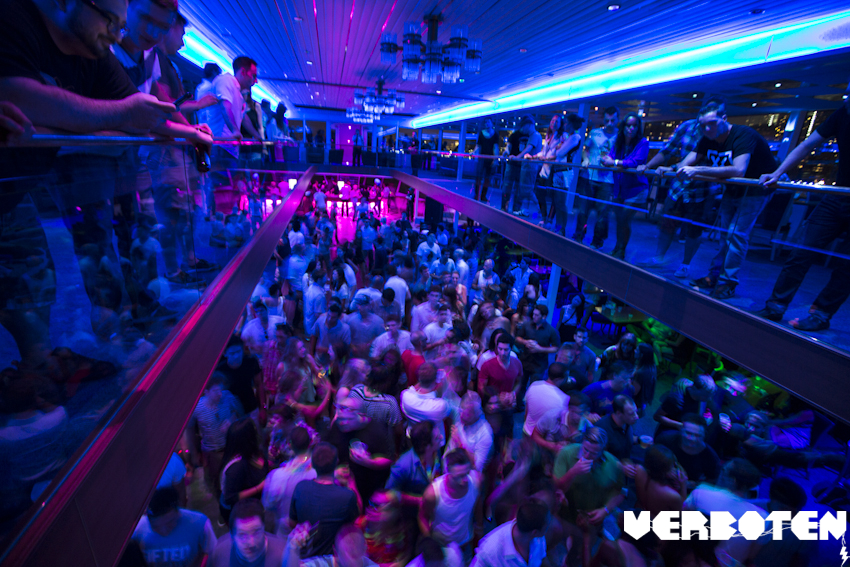 Prior to the main acts on the Leedo Deck, Richy Ahmed graced us with a perfect opening set that intrigued many of the yacht attendee’s to gather around as he brought the funk that everyone wanted to hear. Richy construed the crowd flawlessly as his set began to unravel into a deeper and groovier sound. As the evening continued, many people began to file down to the main floor as they impatiently waited for Jamie Jones and Lee Foss to metaphorically take the wheel and guide us through a musical journey we would never forget. The clock strikes 9 p.m. and the duo hit the decks making the crowd more eager than ever. Hot Natured’s chemistry flowed so perfectly with the vibe that they mixed up through out their set – cheek to cheek smiles were the theme of the night on top of the music, of course. The energy was at an all time high especially at the showcasing of the latest Hot Natured single ‘Benediction’ – in a nutshell, a simple good feel track to help you with those end-of-the-summer blues! First debuted during the Jamie Jones and Seth Troxler’s take over, the duo strikes again! Gracing their Hot Creation’s followers with a tremendous single that embraces that classic disco feel along with the nifty,smooth bass lines that coincide so perfectly well with the subtle orchestra mixture. Further along Jones and Foss’ set, they threw down a track that began to simmer down the vibe to a perfect chill environment, a indie-dance feel remix by Doctor P of an Empire Of The Sun’s ‘We Are The People’ track. The set felt well thought out and made the crowd dance – which is what they had all came there to do equaling to a successful musical experience! 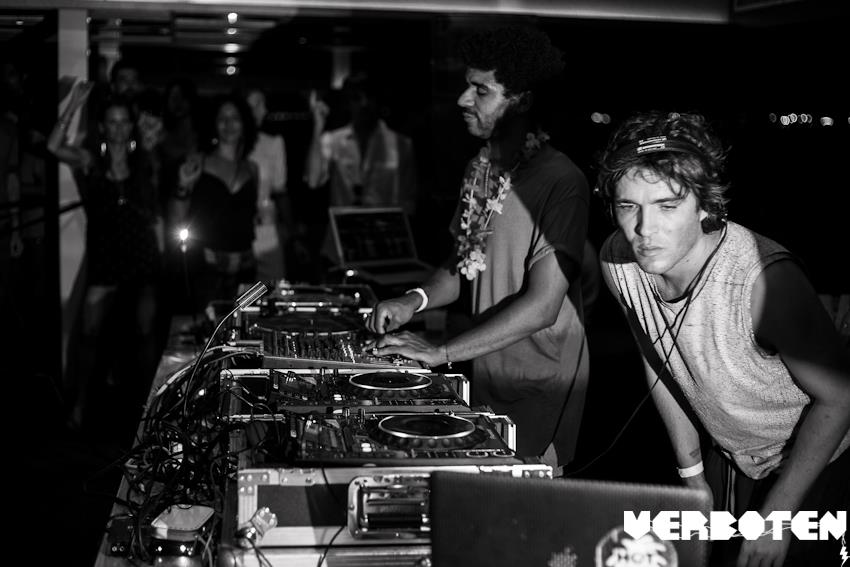 By the time the Hornblower Infinity was docked, everyone was ready to continue the chaos – so we did! Continuing on at the oh so familiar SRB in Brooklyn – the morale of the crowd was distinctly ready to go on for the promising of about 8 hours that we had left of music provided by the Hot Creations’ crew once again. With a theater like stage and a very wide open dance floor, the happiness carried on – SRB was jam packed til the wee hours of the morning with people still dancing along with the same cheek to cheek smiles. Overall, Verboten did a fantastic and organized job as everyone that luckily attended left with memorable stories that they will tell their friends or families for years on end. 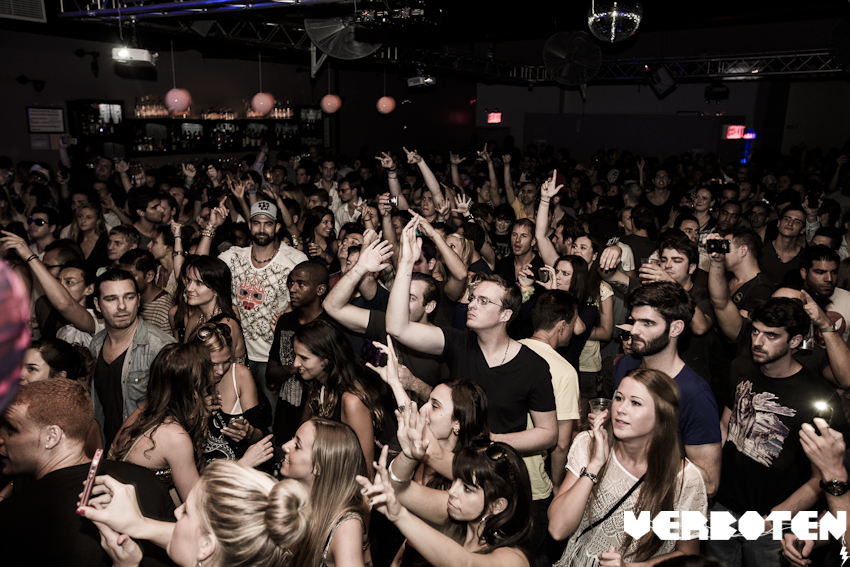 This weekend starts early with a special Pacha U18 event with R3hab on Wednesday, for those too young to hit the regular club circuit….