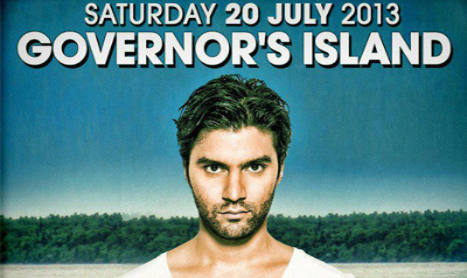 Opening for R3hab will be Southern California producer TJR, the man behind last year’s hit and constant festival banger “Ode To Oi.” The Melbourne Bounce rising star has come a long way since his acid house roots and is a big reason for this genre’s growing presence at festivals all over the world. Listen for his bouncy edits of Krewella’s “Alive” and Will Sparks’ hit “Ah Yeah.”

Headlining will be R3hab, the Dutch House sensation whose high-intensity sets always come complete with lots bleeps, chainsaw-sounding buildups and powerful drops. Guys like R3hab, Afrojack and Chuckie have brought the Dutch House sound to the forefront of the scene and the intensity of his set will surely reflect that. He’ll definitely play his new trap remix of Calvin Harris and Ellie Goulding’s hit “I Need Your Love” along with his insane regular repertoire of electro house remixes and original tracks, like his and Afrofack’s “Prutataaa,” and his collab with Swanky Tunes “Sending My Love.” Look for him to play his new track with Bassjackers called “Raise Those Hands” as well. R3hab’s return to Gotham will most likely be his last before Electric Zoo so you definitely don’t want to miss this. Get your tickets here.

And on Monday September 2nd, the Music Gods said ‘Let there be light!’. They were of course referring to the new Hot Natured album…