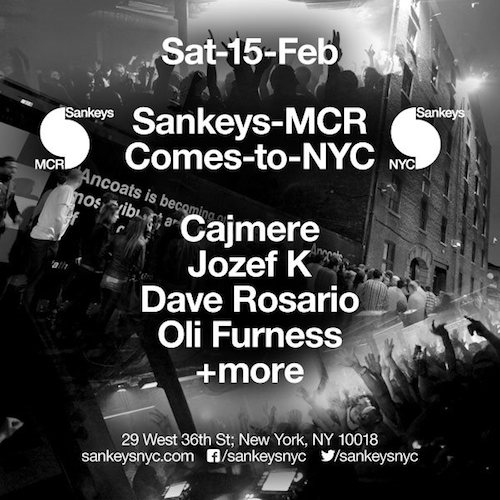 One of NYC’s hottest new night clubs, Sankeys, will be hosting a night of some serious house music. Bringing the Manchester vibe over to NY this Saturday, the venue recently re-opened their doors and are ready to ‘wow’ partygoers.

You may recognize this legend from his other moniker, Green Velvet, but this Saturday Cajmere is gracing us with his sound. He has been around since the early 90’s when his first hit ‘Peculator’ came on the scene and has brewing massive tracks ever since. Truly one of the ‘founding fathers’ of house music.

Jozef K. is no stranger to this club as he holds a residency at Sankeys in the UK.

Dave Rosario and Oli Furness are on warmup duty for the night, preparing the crowd for what is sure to be one for the books.

Miami is on the horizon, people. But for those of us who won’t be heading south, we celebrate St. Patrick’s Day NYC-style. Here’s what…