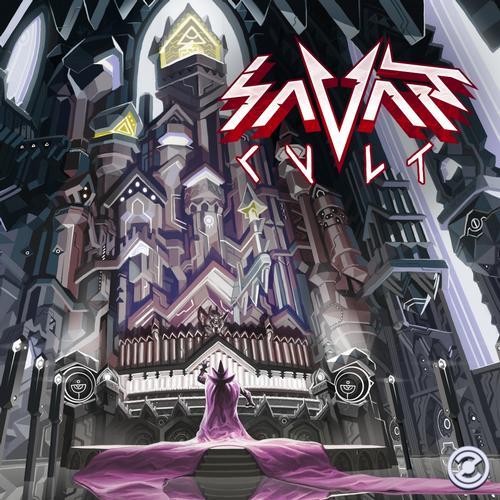 It has been a while since Savant’s last album; 7 whole months in fact. (if you forget the three EPs he’s released since that time.) Last year he managed to fit in no less than 67 commercially available tracks in 4 albums and has made over 40,000 tracks in his lifetime. So how does the Norwegian do it?

The clue’s in the name. Savant is a savant, someone who’s brain is wired in a different way to us mortals and can both remember every single track he’s ever heard perfectly. He can also think out an entire track in seconds and produce it in hours. However, this sometimes does leave his music sounding quite rushed on occasion and he has a reputation for being a bit hit and miss. That is until ‘Cult’.

Aleksander Vinter has spent the last 7 months honing his art, and its easy to tell by the first track ‘Robin Hood’. Combining that wonky 8 bit sound he’s known for (and is interestingly absent on most of the record) with some half-swung trippy beats and americana style guitars. Next up is ‘Nightowl’, some genuinely weird glitch-hop/idm that is easily the most ‘out there’ track on the album. ‘Kali 47’ takes a completely different approach, starting with some funky piano and saxophone and ending up at the kind of big dubstep drop that was all over 2012’s ‘Overworld’ and ending up with a breakdown not out of place in a mario boss fight.

Next comes ‘Forbidden’, the stand-out track on the album. Despite having almost no elements that stand this out as ‘Savant’ it is nonetheless an excellent electro-house track, blending a crunchy organ with a choppy complextro drop. ‘Patriots’ is a bit of a week point, the drop fails to be as energetic as it really should be and the melodies are really quite basic but Vinter’s standards. West Coast is almost as weird as ‘Nightowl’, blending trippy glitch-hop with chopped up vocal snippets. Can’t Touch is back to brilliance though, with a massive dubstep drop and an awesome vocal sample. ‘Virgin’ sounds a little Deadmau5 for comfort, though is another immaculately produced slice of electro house, with far mature atmospheres and breakdowns than Savant was doing last year.

‘Chop It’ is genuinely the first bit of Trap we have heard from a European that is any good, and by any good we mean very good (it’s also the only track on the album with a proper vocal). ‘Finisher Butterfly’ is in many ways the most ‘Savant’ track, with an 8 bit drum-n-bass followed by yet more half-time dubstep madness.

In all, a truly excellent album, though it won’t satisfy some fans as it is just a little bit too mainstream and different than previous records, and lacks some of the hallmarks of his signature sound, but is none the worse for it.

Well here we are again party-people! These aren’t brand spanking new songs but rather the songs trending in my ears for the past few…