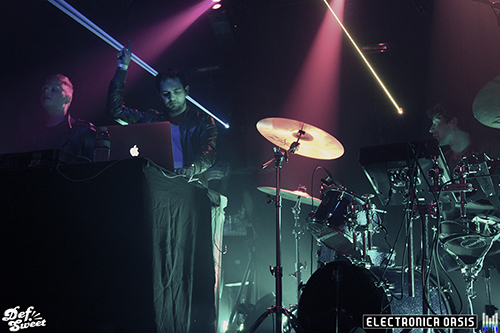 This past Wednesday the Brooklyn boys by way of Boulder, Savoy, rocked new club The Wall on Midtown Manhattan’s west side. While we’re limited in full amount of detail we can give out about the location, you can rest assured, that after being in there for a night, and talking with some of the people involved, we’re very excited for what this place is going to become. To start, the place is small without being too compact, with an intimate stage that puts little between the artists and the audience. The speakers were crisp, the volume turned up, and the bass was booming. Savoy’s lasers performed beautifully in the smaller scale venue cutting through the haze and bathing the audience in wild, intense beams of color. 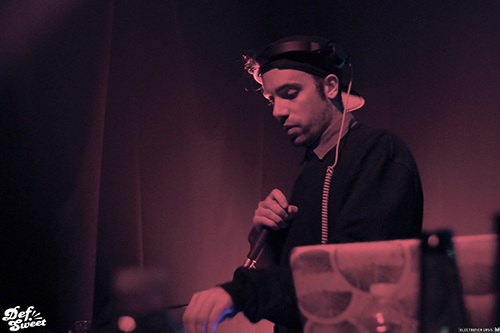 Before the trio took to the spotlight, B-Roc of The Knocks warmed up the room. They’ve just released their newest song and accompanying video, “Modern Hearts” featuring St. Lucia, another Brooklyn resident and they played a fun, booming set. With expert DJ’ing skills on display, he dropped a couple of party starting gems like Laidback Luke’s “1234”, Will Sparks’ “Okay” as well as playing their own “Dancing with the DJ” into Dada Life’s “Kick out the Epic”. I think you can tell that the selection, the mixing, and the bass made sure that people we’re going hard. The Knocks are playing at Governor’s Ball and a whole host of places all over North America you can see where here. There’s been a lot more of their music on our iPhones in the last week we’ll tell you that much. 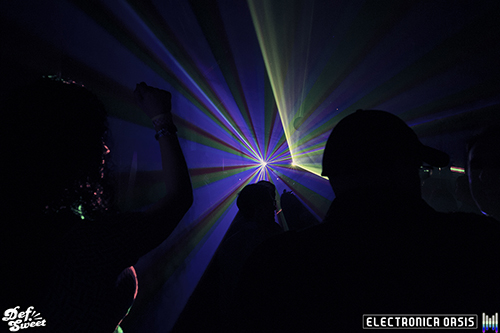 Savoy is a three member act who met in the dorms at Boulder and realized they all shared the desire to make fun, speaker banging, party music. Their live show is more than evidence enough that the desire that brought them together in first place still binds them. While only one of them still plays an instrument live, the rock-band energy the three of them bring on stage is wild and infectious. Their set list was a lot of their own music which was more than fine with the crowd who sang the lyrics of their songs (the ones that have ‘em anyway) back to them. They played some cuts off their EP Three Against Nature they just dropped (which is awesome and free by the way) as well as a lot of their older music, which really isn’t that old. Check their website for details on the new free release, and while you’re at it check their soundcloud and download their Personal Legend EP which was also featured heavily in their rotation on Wednesday. The night featured songs like their banger, “Personal Legend” with Big Gigantic and the relentless, “Kids” along with music of a different pace like RL Grime’s “Flood”. They played a long set for a Wednesday night and played an encore with one of their amazing productions with Heather Bright aka Bright Lights “So Bad” from their Supertrail EP. 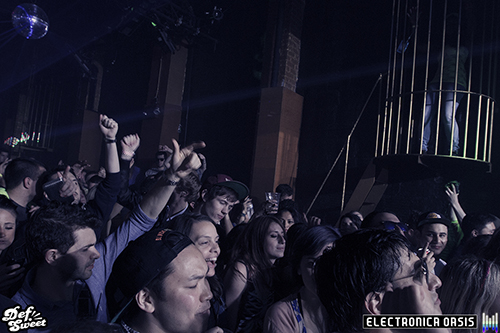 These three homies have been putting out original and unique music at an astonishing pace and they don’t show any signs of slowing down. In New York alone in the last year they’ve played Electric Zoo, Brooklyn Bowl, a sold out Bowery Ballroom on their Laser tour, and they’re continuing to grind playing Wakarusa, Spring Awakening, and the Global Dance festival in their original backyard of Red Rocks. Check out their tour dates here and if they’re playing near you soon check ‘em out. You’ll leave sweaty, exhausted and energized all at the same time.