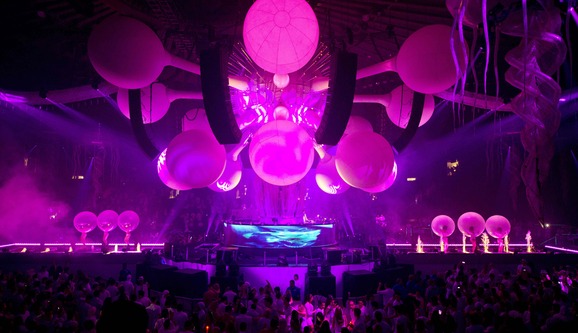 ‘Sensation’ , the world’s leading global electronic dance music event, will be returning to the Barclays center on October 26th. The talent will be featuring Mr. White, Nic Fanciulli, Sunnery James & Ryan Marciano, Fedde le Grand and MC Gee. Usually Sensation is more Trancey, but this lineup boasts some of the biggest names in House. This will actually be the 100th show for the ‘Ocean of White’ Tour, and also the close of the U.S Tour. It’s bound to be a special night. Last year Sensation hosted two sold out dates at Brooklyn’s Barclays Center – along with 97 Sensation events for millions of visitors in more than 20 countries, including Amsterdam, Ibiza and Sao Paulo. ‘Ocean of White’, presented by Netherlands based ID&T( same guys behind Tomorrowland), offers a surreal visual spectacle for music and dance fans worldwide featuring 200 different types of pyrotechnical effects, 22 water fountains and choreographed flying acrobatics all synchronized to the pulsating sound of the world’s best house music.

Get there on Time
The Barclays Center has a strict code when it comes to starting and ending on time, so be sure to get there before the show starts. Transportation is easy from Long Island, just transferring on the LIRR at Jamaica to Atlantic Ave. From NYC, it’s just as easy.

You MUST wear white 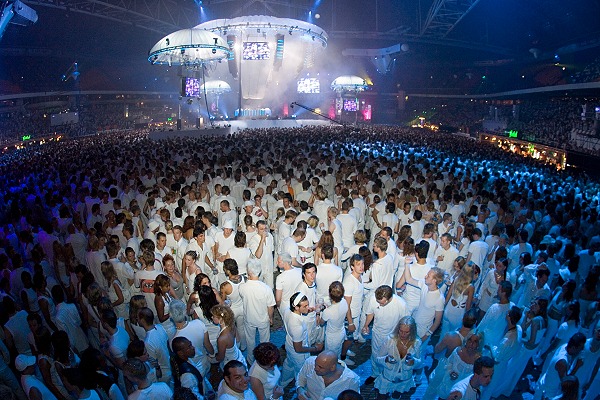 White has a deep meaning for Sensation. The mandatory all white dress code was instituted from the beginning as a way to pay tribute to ID&T, the organization behind Sensation, co-founder Miles Stutterheim who passed away in a tragic car accident. Miles’ funeral became a celebration of his life with guests arriving in white and DJs playing music in his memory. From that point on Miles’ brother and ID&T co-founder Duncan Stutterheim have come together every year and throw a party honoring his life.

You DON’T need drugs for a mind blowing experience. 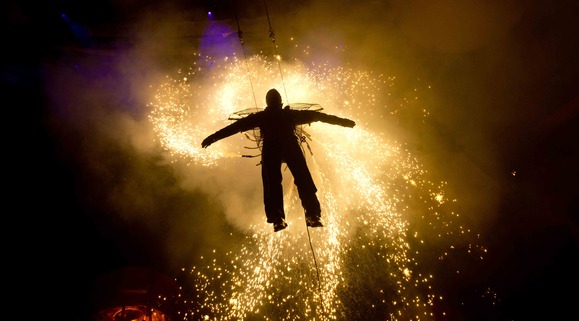 The visuals at Sensation will be absolutely mind blowing. The crowd is 21+ so we have a good feeling there won’t be any issues with irresponsible drug use. This is a dance music crowd, and they should be there for the music, and won’t need drugs to alter their mind. There are 200 different type of pyrotechnical effects, 22 water fountains and choreographed flying acrobatics which all go with the sound of the music. There is also a 236 foot centered stage, and over-sized LED jellyfish hanging from the air. You want need to put anything special in your body to have a wonderful experience.

Sunny James & Ryan Marciano
The Tribal duo have been hot lately, just releasing ‘Sound Of The Underground’ with Nicky Romero which will be a track you’re guaranteed to here at Sensation. They made their first Sensation appearance back in 2010 at ‘Celebrate Life’ in Amsterdam and will close out Sensation 2013 like no other. These guys bring unparalleled energy to each and every set, and expect them to play to the vibe of the fans decked out in white all night.

Fedde Le Grand
Fedde has played over 35 Sensations and really plays to the crowd each time. Whether its Trance, progressive house, or a mixture of it all, he will feel out the Brooklyn crowd and play to please them. Check out Fedde’s set from Sensation in Amsterdam over the Summer.

This is going to be one hell of a night in Brooklyn, with a mass of people dressed in white and ready to party the night away. The Barclays Center is a beautiful new arena, and will be a perfect setting once again for ‘Ocean of White’. Last year Sensation blew the arena away, and we expect nothing less this year. The European tour will step food on American soil and leave an everlasting imprint. You can still purchase tickets as they continue to rise in price here.

Just days before he takes the stage at TomorrowWorld, Nicolaz releases ‘Riot,’ a beautiful electro-house track featuring the powerful vocals of Angelika Vee. The…