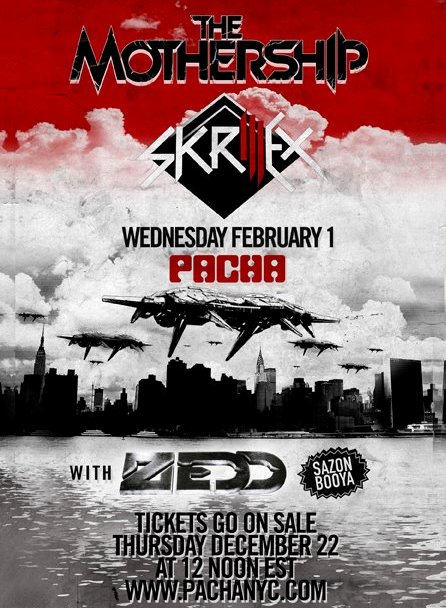 Pacha had been promising a big announcement today, and it came just a few minutes ago that Skrillex, Zedd, and Sazon Booya will be putting on a show Weds. Feb. 1 in New York. Almost simultaneously SPIN posted that Skrillex would be headlining a series of show both in NYC and in LA. It looks like tickets are mostly going sale tomorrow at noon, HERE on Ticketmaster and on Pacha’s website. This is going to be a massive year for Skrillex, who has been garnering amazing media coverage and was nominated for 5 Grammys, including Best New Artist, which is a huge coup for the EDM world. Check after the jump for your opportunities to check him out next year!

Update: Skrillex just posted to his Facebook that he will be dropping his new EP Bangarang on Beatport Friday. The week of Skrillex??

Wow. I am such a house music nerd its truly frightening. I came across this relatively new Avicii preview called ‘Jailbait’, and of course…