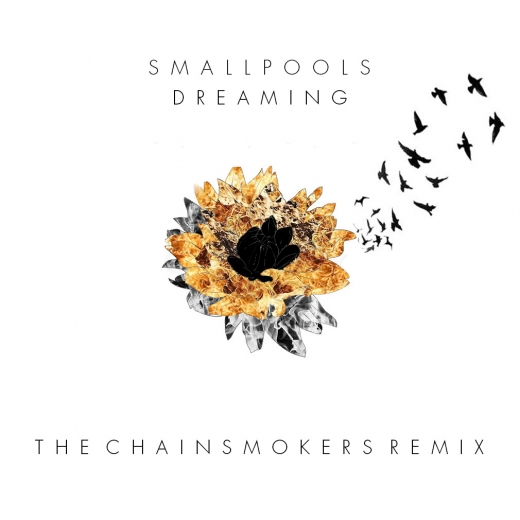 The Chainsmokers are quickly becoming the go-to duo for remix duties. After their highly successful remix of ASTR’s ‘Operate’, they hit us with a beautiful remix of Smallpools ‘Dreaming’. Remixing a track with such strong vocals is a heavy duty for the duo, but they mastered the track. The Chainsmokers had something to say about this remix as well. ‘So its really great when coincidences and fate find each other, because that is what happened… We absolutely were in love with this summer anthem by smallpools, it reeked of fresh cut grass and the afternoon sun… So when their ppl reached out to us about doing a remix it was the easiest decision ever. We can’t say it wasn’t a challenge though with such a strong vocal, but we really wanted to pin it up against the classic ‘house music pluck’ we have been hearing so much of, but use it in a vain that felt a bit different but still large, but finding that union was tough in the sense the two had to warm up to each other rather than clash… but in the end we think we found this great atmosphere for the song to exist.’ Do yourself a favor and look into The Chainsmokers Soundcloud, you will develop a quick love for the duo.

Chuckie has firmly established himself as the dutch house master, and with this has come a new breed of house music. If you think…