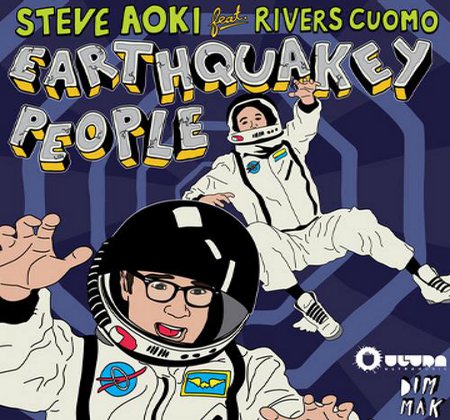 Big release from, arguably, the most hype DJ in the industry, Steve Aoki.

â€˜Earthquakey Peopleâ€™ features the vocals of Rivers Cuomo, lead singer of Weezer (name a person who doesnâ€™t like at least one Weezer song!) The curious combo of Aoki and Cuomo works on that â€˜vocals make most things betterâ€™ level.

Cuomo makes the track as Miss Wilson made â€˜No Beef.â€™

Shades of ‘Turbulence‘ can be heard on the instrumental.

This was first teased in late August. Aoki said it would be released in â€˜a couple of months.â€™ Lucky for us, Aokiâ€™s ‘couple of months,’ is about six and a half weeks.

Hooray for the fans!

Think Aoki will get a Weezer tattoo if this hits No. 1 on the Beatport electro charts?

The masterpiece that is M83’s ‘Midnight City‘ should not be remixed by anyone. That is, anyone not worthy. Just last week, Eric Prydz showed…