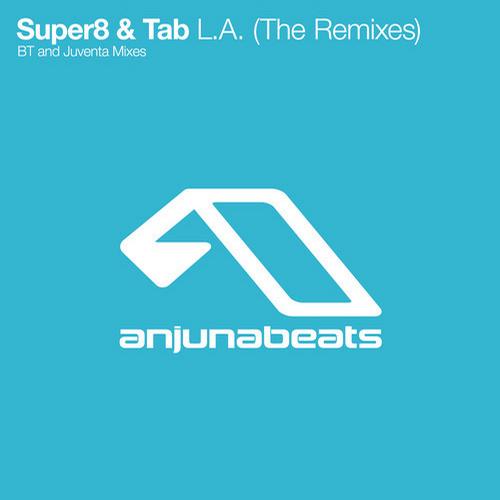 The Anjunabeats-released L.A. by Finland duo Super8 & Tab has been a trance hit so far in 2013, and now Anjunabeats has released a pair of remixes for the track.

First up to remix L.A. is Juventa, a young Dutch producer who has seen huge Trance releases and remixes on Armada, Anjunabeats and Enhanced. The Juventa remix remains similar in feel to the original, but has a slightly edgier side that is rooted in a glitch based bassline and drums packed with punch. Juventa sticks with the melodic trance vibe that Super8 & Tab originally intended, but adds a progressive big-room sound to further increase the energy in his take on L.A.

Also remixing L.A. is the established and accomplished BT, who takes the already uplifting track and magnifies the feeling with his unique touch. A hard electro bass drives the track while a rhythmic synth plays delicate melodies. Bell- and vocal-laden segments play throughout the track to invoke the great uplifting feel that BT often infuses in his music.

This week, the Weekend Beat zones in on all the Electric Zoo Festival after parties you have to know about! Stay cool, hydrated, and…