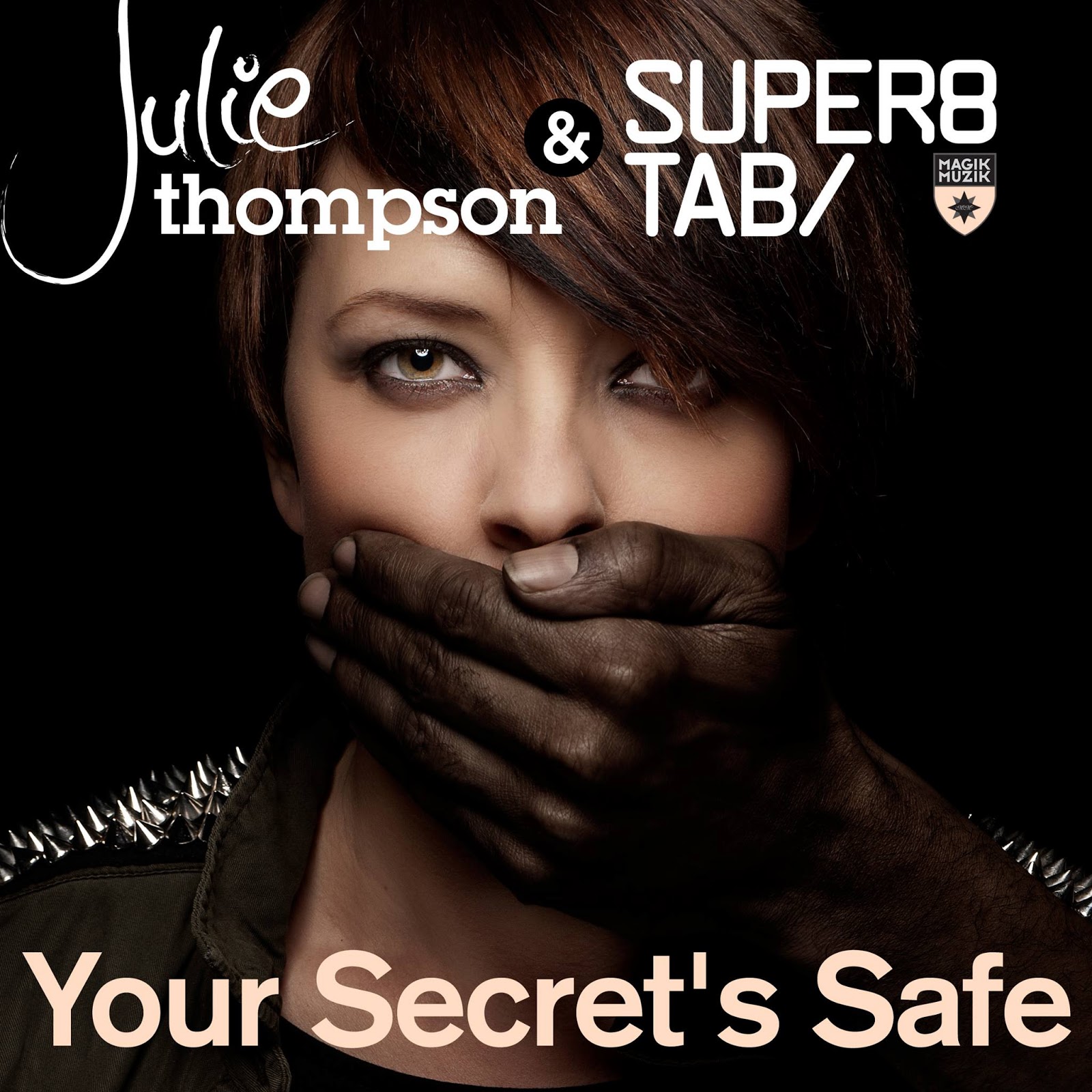 The world of Trance has eagerly awaited the release of what is perhaps the most anticipated track in its genre for 2013, and today, the masters behind it have finally announced its release to their fans. Gifted DJ/Producers Super8 and Tab collaborated with talented singer-songwriter Julie Thompson to compose the anthem ‘Your Secret’s Safe’. This massive track, which is out on Magik Musik, was first heard in Kuala Lumpur at ASOT 600, and it drove the crowd wild. Between the captivating piano sections, Julie’s enchanting voice, the throbbing bass drivers, and emotion-evoking lyrics, there is no question as to why the attention of trance loves was seized. Super8 and Tab’s teamwork with Julie Thompson seems as if it was preordained, as this is not the first time these three have joined together to produce a track as astounding as ‘Your Secret’s Safe’. In 2010 they united forces for the massive hit, ‘My Enemy’.

Julie had expressed her enthusiasm to work with Super8 and Tab again for her latest album, ‘Eye of the Storm’, which is set for release this summer. Julie recalled that during her writing process, she had known that she strongly desired to have them on her album. Julie said: “When I started writing the songs for Eye Of The Storm, Super8 & Tab were at the top of my producer list, so I was really excited to have them work on this track with me. They’ve managed to capture the emotion of ‘Your Secret’s Safe’ perfectly. This song is really close to my heart and I’m really excited for it to finally be out there.” Their collaboration was a brilliant strategy, as ‘Your Secret’s Safe’ has already attracted impressive attention.

Julie has proved her versatility and talent over the last decade. Her recent works have brought her the attention and support of veterans such as Above and Beyond and Tritonal. In 2003, she first debuted her skills on Holden & Thompson’s classic track, ‘Nothing’, and she was later a highlight in Tiesto’s widely popular album, ‘Elements of Life’. Her beautiful singing and songwriting skills have made her an asset to the industry. Be sure to look out for when her album drops this summer.

Two weeks ago Saturday, the folks of NYC were fortunate to be treated to a sunny and comfortable afternoon, prime weather to dance off…