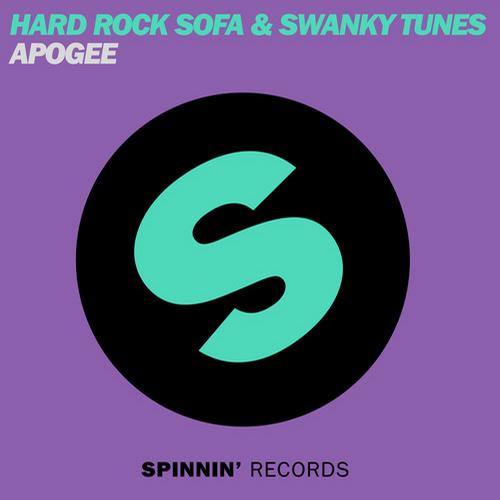 First heard officially on Gareth Emery’s Podcast #173, but a staple of their sets since NYE at Pier 94, Swanky Tunes & Hard Rock Sofa’s newest collaboration ‘Apogee’ has it’s place firmly on the dance floor. Separately each Russian group is a force to be reckoned with, but together their production is simply a tornado in the club.

Like many of their tracks, ‘Apogee’ has the rhythmic repetition and hard hitting synth that makes it an instant banger. Seeing the tune dropped on crowds fuels nothing less than the most enthusiastic arm pumping and boogeying. When Swanky Tunes dropped ‘Apogee’ at Pacha this Saturday (review coming shortly!) there was nothing less than the most inspired support from those in attendance. Not only do club-goers love the track, but professionals from within the electronic dance community are showing support, including Steve Angello, Armin van Buuren, Dimitri Vegas & Gareth Emery. Not a shabby roster to have on your side in the least!

What a collboration! Starting off with Sied Van Riel who has produced numerous tracks which have been widely supported, such as “Tunnel Vision”, which…