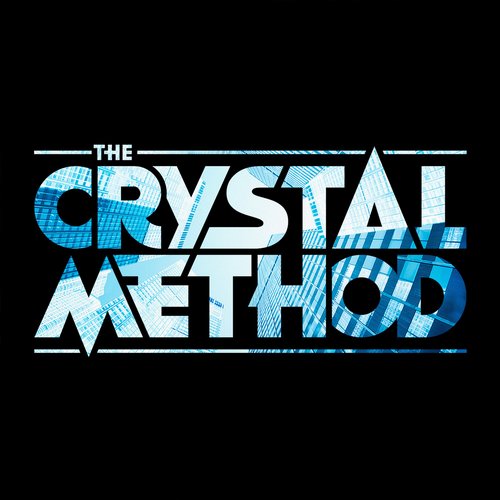 The Crystal Method burst onto the early American electronic music scene with their 1997 album ‘Vegas.’ The album was iconic at the time, perfecting the breakbeat and trip hop trends of the 90s and infusing them with their signature mysterious and psychedelic sound. Then came ‘Divided By Night’ in 2009, on the eve of dance music’s explosion into the mainstream, which was nominated for a Grammy Award for Best Dance/Electronic Album.

What followed was a long hiatus. It seemed the production duo had retreated out of the spotlight following the success of ‘Divided By Night’ and we wondered where they’d gone and if they were ever coming back to give the electronic music scene a much-needed adrenaline boost. Well it turns out one-half of the duo, Scott Kirkland, had brain surgery in 2013 to remove a cyst and managed to pull through a difficult recovery process. After overcoming this setback, he reunited with his production partner Ken Jordan to write ‘The Crystal Method.’

In a way, self-titling the album makes perfect sense. It represents a fresh start, both for the duo and Kirkland himself. The music is new, The Crystal Method has a fresh image, and they’re well-rested and ready to take the reins of electronic music once again.

‘The Crystal Method’ bridges a gap between old and new, with a clear influence drawn from bass and dubstep, but just enough to be pleasantly noticeable. The first track and single, ‘Emulator, is a stand-out and definitely a suitable introduction. It comes in with a marching bass line and aggressive electric guitars, two aspects of electronic music that they’ve always seamlessly harnessed. ‘Difference’ also makes heavy use of the electric guitar sound, almost masquerading as a rock song with synth elements. In electronic music these days, there is very little memory of rock and song construction using the trifecta of guitar, bass, and drums. It’s what makes producers like The Crystal Method so classic and enlightening today. They’ve been able to touch on that past and bring it into the future, making music for both old and new fans of the genre. The album is classified under “electronica” on Beatport, (which we obviously love) a term that has fallen out of popular use lately, but is important because it encompasses all different electronic music styles and is essentially used to classify unclassifiable dance music.

Another single off the album, ‘Over It,’ features the sultry vocals of Dia Frampton and a sing-a-long chorus in between drops that will please a serious basshead. Instead of going with the token pop vocal sound, The Crystal Method sought out soulful female voices and grungy male ones that don’t distract from the song, but compliment it. There is no need for instrumental versions of these tracks because the vocals are essential, unlike other recent tracks where vocals often feel artificial and unnecessary.

‘Storm The Castle,’ a successful collaboration with Le Castle Vania, brings the dubstep influence into more focus and is definitely one to destroy dance floors. “110 To The 101” is one of the quieter tracks, which isn’t saying much since the entire album packs a loud punch. But if we had to pull out the tracks that reflect The Crystal Method’s more mellow and melodic side, this would be one of them, along with the ambient ‘Metro’ and closing track ‘After Hours.’ The duo has consistently proven that they are capable of writing energetic dance music with a hard edge that comes from the earliest electronic roots, but they can also chill out and write emotional and acoustically-influenced songs like ‘Grace,’ featuring LeAnn Rimes.

The album, released yesterday, is available for purchase through Tiny e Music on Beatport and is already at Number 8 on the Electronica chart, but you can also stream the album for free on Hype Machine. Also listen to ‘Emulator’ and ‘Over It’ below!

The Crystal Method will be at Cielo on January 23, presented by Dance.Here.Now., for their album release tour and you can grab advance tickets here!

Output is the current gem of the underground electronic scene, a restored anonymous warehouse in Brooklyn that only distinguished itself by the massive line…