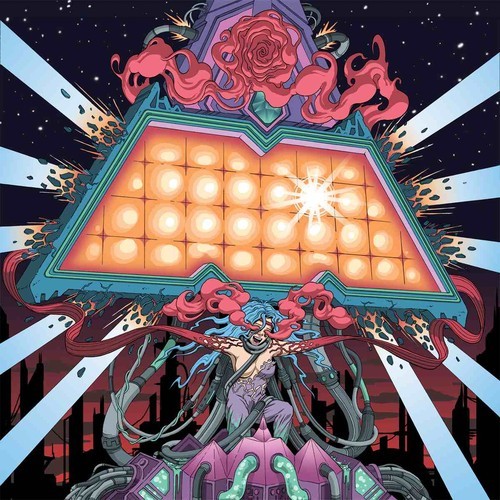 The M Machine has just released the second part of their Metropolis E.P. and it is pretty extraordinary. The M Machine shows off their production diversity with tracks from 3 genres in the E.P. including extremely varying sounds even from the songs in the same genre.

Next up is ‘Ghosts In The Machine’. The M Machine sticks with the calm carried over from the last track with this one and it really gives it a nice feel because of the smooth transition. This track features vocals by pennybirdrabbit, a vocalist from Los Angeles. Although many people have heard the big song she was featured in, not many people know exactly who she is. Does ‘All I Ask Of You‘ ring a bell?

Still continuing the feel, but gradually becoming more upbeat, we come to ‘Tiny Anthem’, the third track on the E.P. This is a bit more of an uplifting track and overall is pretty fun to listen to.

Next up we have ‘Moon Song’. This is the most popular song on the E.P., and for good reason. This is where the E.P. starts to get more energetic. This track is masterfully produced and has some really nice vocals.

The fifth song on the E.P. is ‘Schadenfreude’. The title, meaning pleasure from the misery of others can describe the song’s chaotic and heavy feel. This track is heavy!

Last we have ‘Luma’. This is definitely the track you want to end your E.P. with. Containing a mix of chill and upbeat in the same track goes great to end with a bang. Some synths in this track just give you chills, they simply feel epic.