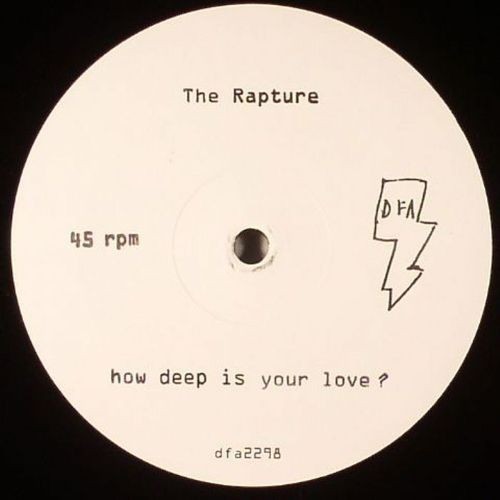 Something feels very right with regards to posting this song. I know it may be over a week old. I know that many of our readers may not know who The Rapture is. But nonetheless, it feels great to post such an unbelievable remix, that was produced as a tribute to DJ Mehdi.

A-Trak has always had an uncanny ability to turn indie rock records into massive, club-friendly bangers. Just take his remix of ‘Heads Will Roll‘ by the Yea Yea Yeas. Just like the aforementioned remix, Alain Macklovitch utilizes funky basslines and big synth licksÂ reminiscentÂ of poppy disco. The result is an extremely playable rendition of an unbelievable tune by hipster favorite, The Rapture. I saw The Rapture open up for Daft Punk in 2007 in Brooklyn, and I knew they were something special. Enjoy this remix and download it for free!

Here is what A Trak had to say about the remix: “I did this remix over the summer, and when I was close to finishing it I played it to my friend, the irreplaceable DJ Mehdi. We often played each other our productions for feedback. As it turns out he and Riton were visiting New York so they stopped by my apartment. I was working on the main version of the remix, the vocal version. I knew I would make a few alternate edits during the mixdown. The funny thing was, Mehdi’s favorite part was the ending! He and Riton suggested that I have that part come in earlier. My reaction was: that would work well for the dub version. And sure enough, when I finished mixing it down I made a dub with their suggestion. When I sent it to Mehdi shortly after, he responded (as a joke) that I should call it “Dub For Mehdi”. He included it in his “Tunisian Summer” mix. And then, as we all know, the unimaginable happened and we lost our dear friend. The least I can do now is name the edit after him. This one’s for you, Memed”

The Rapture – How Deep Is Your Love (A Trak Dub)

BONUS: My buddy Bailey Smalls, who happens to be mentored by Armand van Helden, also produced a stellar remix to the track. Of course, it is unfair to compare Baileys production to A Trak, but I find it to be unique and quite catchy. Bailey emphasizes the piano riff, and then switches up the structure of the track by turning it into a stuttering, electro house masterpiece. This one is up for free download as well!

The Rapture – How Deep Is Your Love (Bailey Smalls Remix)

The day after Afrojack’s new single ‘Lionheart‘ (full length below) was officially released on Beatport, JACKED presents Afrojack, Bobby Burns, and a lineup with…