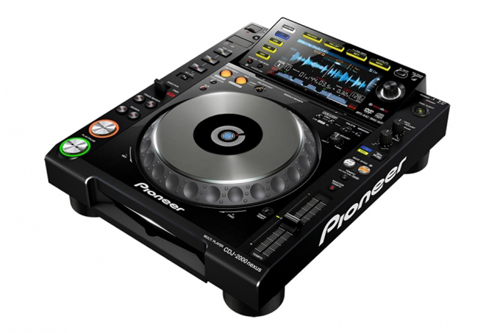 Since its inception,the art of music production and song operation has been defined by the originality and skill level of its creators. From the very first gramophone production in 1892 to the introduction of the term ‘disc jockey’ in 1935, the art form has evolved and expanded past the initial ‘discs’ that were used in its inception.

DJ’s today come in many forms: the radio Top 40 DJ, the mashup/remix DJ, and the producer who DJs…along with every permutation in between. As with all endeavors, new technologies inevitably come along with stubborn critics and eager adopters. The introduction of mixers and turntables allowed for more creative innovations such as slip-queing and theinduction of the ‘break’.

Today, a DJ has access to a veritable treasure trove of mixing tools, all of which can interact with everything to a classic mixer to a laptop to an iPad or iPhone. Innovations like Ableton Live, Traktor Pro, Serato, and a plethora of other programs allow anyone with a laptop and the dedication to learn a chance to play music live to an audience. Arizona-based House producer Joshua Li, known as ‘DJ Secsay‘ explains that it has made his craft much more portable:

“They’re no hassle and its industry standard and easy to set up. I only bring 3 things with me when I play a show. My VMODAs, my USB and my back up USB. “-Joshua Li

Chicago native DJ/Producer Anthony Attalla, who started out DJing before taking to Logic for production, says that innovations such as Pro Tools and Logic allow him the flexibility he needs to give new tracks a ‘test run’ without being worried about sacrificing sound quality. However in terms of live performance, her prefer the more intuitive feel of using CDs:

“Regarding my live performance, I don’t use a laptop.. I still manually dj with cd’s. It’s a nice reprieve from being in front of a computer all day in my studio. I was a dj before I ever started producing, so I like holding on to that organic feeling.”-Anthony Attalla

Those who have adopted these mediums often tout the amount of flexibility and portability of using a laptop-based program as opposed to a more traditional approach. One major point of contention however is raised by detractors of the ‘sync’ button available on many of these programs. Zach Cwieka, a Philly-based producer known as ‘Sweekuh‘ says that this view is understandable, but unwarranted:

“If youre playing records out because you think its the only way to DJ
then you should be using a phonogram instead of turntables. These people who are anti traktor are anti sync, which i understand. Im against it too, unless its needed. At some points I have three songs playing on seperate decks and I need to throw an acapella over it (I got known through mashups and I like to play them out live) and that is impossible to beatmatch while mixing with an acapella that doesnt
start on the 1.”-Zach Cwieka

While admittedly, many newly-converted fans of EDM remain mostly unaware of the subtle differences in equipment, the ‘sync button’ snobbery can be attributed to many of the more negative instances where major celebrities have tried to ‘jump on the scene’ as DJs, often with very negative results. Most famously, the scene painfully remembers the fateful day in 2012 where Paris Hilton took to the booth in Brazil (she attempted a comeback which went sour, and took her ‘auditory car crash’ to Ibiza). In the wake of newer and more adaptable technology (such as Traktor releasing an app for iPhone) many more DJs have emerged from the woodwork, creating a stifling saturation of ‘talent’ across the country. But has this new accessibility crowded out the market of true innovators with over hyped imitators?

Whether you call it strong opinion, ‘snobbery’, or otherwise, everyone in the market is bound to have strong opinions about their medium of choice. As Joshua points out, Traktor has been the weapon of choice of many big names such as Crizzly, Zedd, Porter Robinson, and even old school favorite Darude, and equipment has never changed his opinion of a DJ or producer:

“I honestly don’t hate on someone because they use different equipment. We are all here for the same reason, and that is to make people dance. So if you are doing that properly then you are doing your job as a DJ.”-Joshua Li

New York City local, REDLINE says that while the introduction of laptop industry has opened a lot of doors for younger DJs, it can sometimes distinguish those with talent and those who rely on the programs to an almost crippling effect:

“Unfortunately laptop DJ’ing has seriously flooded the industry. I don’t see the harm in using Traktor,but lets say for example, but if you take the computer away and give that same person a set of CDJs and ask them to mix, and they are helpless, that’s what is irritating. Most of the famous DJs are on the CDJs only. Some of the younger DJs will perform their sets on laptop/Traktor i.e Zedd, Porter Robinson, and I have no problems with that. Those guys are also incredible producers, and music composition is where the true talent lies, so that is why I have great respect for them. If a kid spends $1000 of his parent’s money on software and only knows how to hit the sync button with an occasional annoying horn sound effect, thats what irritates me.”-REDLINE

New York City DJ duo Live City says that at the end of the day, that no matter what equipment is used in live performance, it is the track selection that determines the true success of a live set:

“We use CDJ-2000s and whatever pioneer mixer the club provides. The advantages of using this equipment is that they are state-of-the-art super computers. Plug your USB in and you have everything you need on two LCD screens laid out for you. They also have everything you need for creative looping and mixing.
Using a laptop is a gray area. Some artists that just use it to hold their library, someone like A-Trak, is different from your local resident DJ who is hovering over the sync button all night using Traktor.
Regardless, the most important thing is track selection and fluidity of your choices. The majority of fans don’t care if you’re using a laptop, CDJ’s, or playing a keytar, they just want to dance and hear something new. You could be the worlds greatest scratch DJ but if your track selection isn’t on point you will lose the entire crowd. And you only get one first impression.” – Live City

Where do you stand on laptop DJing and CDJ mixing? Leave your thoughts in the comments!