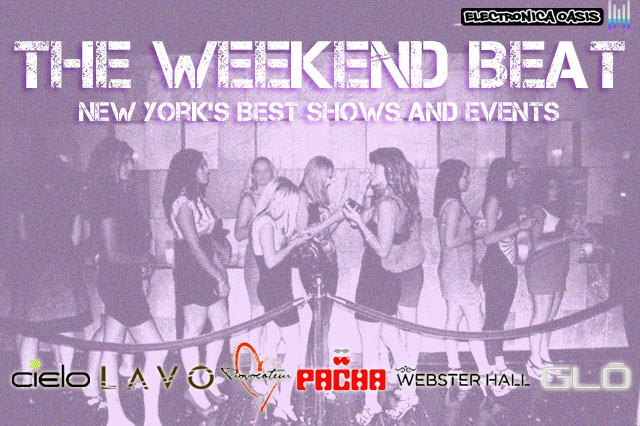 Admire this line up. You may never see anything like it again. Well, maybe not until next year, at least. With all those Wednesday shows you can probably put two and two together and realize it’s Thanksgiving Eve, ‘The Biggest Drinking Night of The Year.’ One night in New York brings Erick Morillo, Zedd, Sidney Samson, M83 and a whole who’s who of the dance music world. Expect ringing in your ears at tomorrows dinner table.

Where We’ll Be
We’ve got a lot of ground to cover this week. Firstly, we will have a nice turnout at Sasha + M.A.N.D.Y tonight. Techno for all! We’ll have representatives at Chuckie + Nervo tomorrow for a cracked out Thanksgiving show. The crowed will be interesting, to say the least. Friday we will check out Congorock and have some of the team at AN21 & Max Vangeli. While the duo is spinning downstairs, our own Robert Palliser will be spinning on the top floor Pachita. There will be no hip-hop in Pachita that night, as there usually is. Repeat. No hip-hop. Want access to the exclusive set? Tweet the man here and he’ll give you the details. Saturday, if we’re still alive, we’ll be bringing our turkey sandwiches to Dubfire. God’s speed.

Recently Announced Shows
Ton!c, the rising California DJ/producer, will be at the Gramercy Hotel on Dec. 4.

Morgan Page will be bringing his ‘In The Air’ tour to Webster Hall Dec. 10.

Alesso will be spinning at Pacha NYC Dec. 30.

This is huge. No official word yet, but something to talk about with your friends. Rumor has it that Eric Prydz will be coming across the pond for a U.S. tour sometime next year. Again, no official word, just rumor. If you don’t know about Prydz’s fear of flying, well he’s terrified of flying and almost always refuses to travel by plane. Some have said that it has held his career back financially, others pin him as a folk legend who is one of the most exclusive acts in Europe.

Fun Fact: Prydz has been to America before. In fact, he’s played at Pacha NYC in 2007 and 2008. Check out these videos and look how different the club was (room to dance, less people. AKA dance music was still underground.)