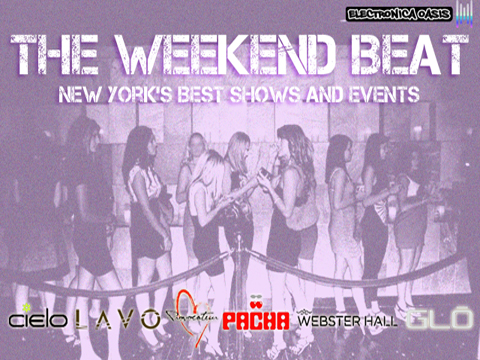 Epic weekend just wrapped up for us. We invaded the booth at Pacha NYC and rubbed elbows with Fedde Le Grand, Deniz Koyu and David Guetta. Be sure to read our recap of the madness. This week, we have a lot of techno and, apparently, some DJ’s from Sweden are spinning around 34th street. Go.

Where We’ll Be
Firstly, tonight, Nero will be wobbling at Webster Hall for its album release party. Friday we will be at Madison Square Garden for the iconic Swedish House Mafia show. A lot of us over at EO are intrigued by the Jacques Lu Cont under card. We will mozzy on over to the Roseland Ballroom afterward for the after party. Guest include AN21 & Max Vangeli, Carl Kennedy, Lu Cont and possibly more. It goes to 8 a.m., so we will hibernate for 10 hours then head off to Seth Troxler at Good Units. Some of the EO family will be attending David Dann‘s NYC debut at Santos Party House and Chris Liebing at Highline Ballroom too, this weekend.

Recently Announced Shows
According to Nervo’s Facebook page they will be making their debut at Glo March 16, 2012.

David Berrie will be main floor at Pacha NYC on Christmas Eve.

What is the deal with Pacha NYC’s 6-year anniversary final day announcement? For weeks they’ve been saying ‘just a little longer and we’ll announce it!’ Seems like bookings couldn’t get finalized and they’ve been scrambling since. With all the hype on the last day announcment it seems like they’ve set themselves up for failure or, at least, backlash. They probably should’ve just built everything around the Hardwell, Martin Solveig, Adrian Lux, R3hab & Quintino show. Now, unless it’s Eric Prydz or another super-show, people will not be satisfied with anyone they announce. Good chance Swedish House Mafia will hijack the decks this Friday after Madison Square Garden but before Roseland. Current rumors have Afroack, Deadmau5 or Avicii as being the DJ for the final announcement. We’ll continue to wait and see.

Part progressive, part electro, some tribal and a splash of dutch. ‘Epic’ was a hugely buzzed summer song. Since Tiesto debuted it at EDC…