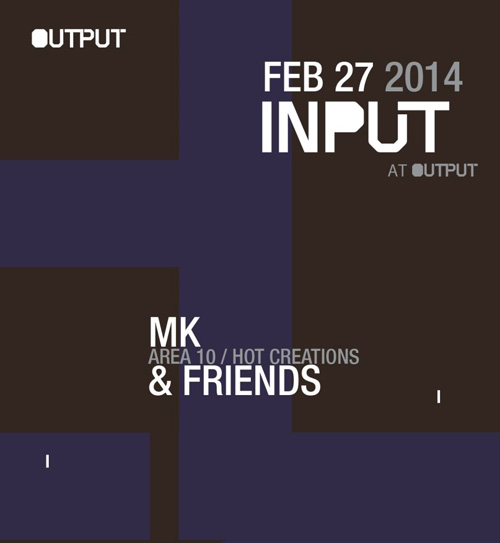 2013 was a massive year for Marc Kinchen and now MK is back at it again with his first Essential Mix since 1995.

The multi-talented producer is bringing his golden sound to the magical sound system of Output. MK has remixed a multitude of artists. Most recently he has been performing all over the world with Pleasurestate, a group composed of himself, Lee Foss and Anabel Englund.

Kinchen has no limits musically so one can only imagine what will go down on the 27th in Williamsburg. ElectronicaOasis and Output want to give you a chance to experience this special night.

Here’s what you gotta do to win a pair of tickets:
Follow and tweet us with the buttons below. (You must be following us when we announce the winner to be considered) [We’ll announce a winner on 2/24]

For those who do not want to test their luck,
Purchase: Tickets

Literally saw this like 5 minutes ago on twitter…had to be shared. Recently Tommy Trash has been a popular choice among blogs, he’s been…